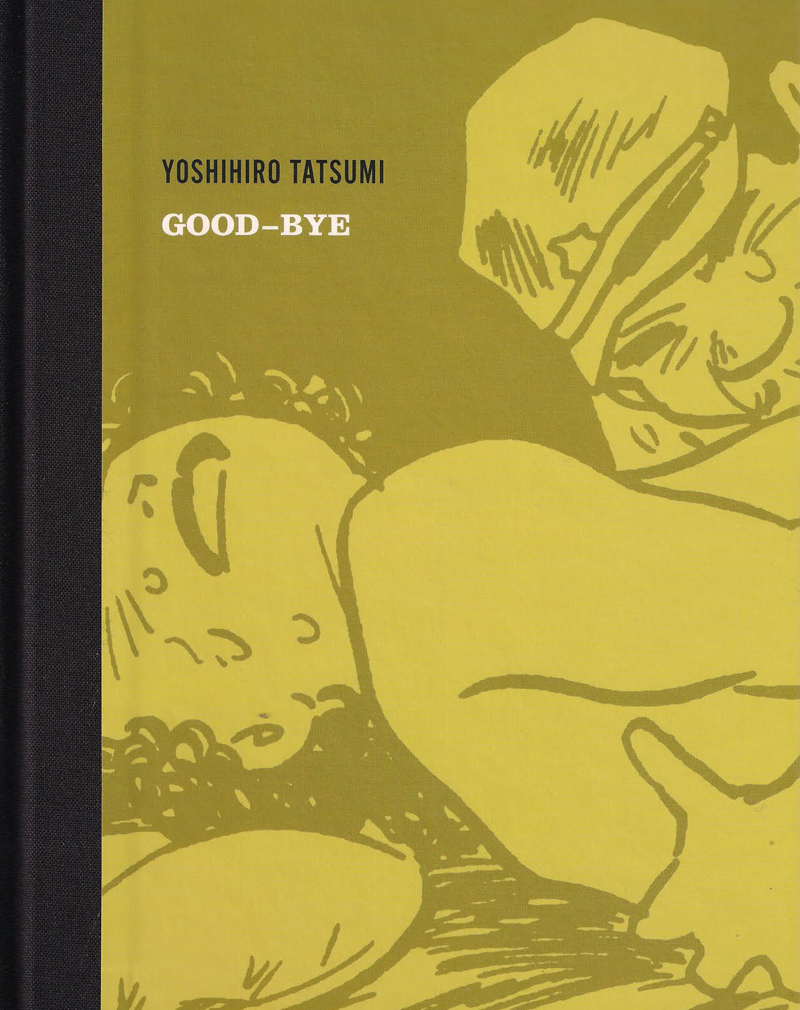 All right, so maybe you read Watchmen once, or maybe you even read Maus or some kind of manga when you were in high school (“I swear, Mom, it was jus a phase!”)—but the increasingly popular medium of the graphic novel has a lot more choice to offer than grim superheroes, cat-nazis, and ninjas. Here are three you might like; I know I did.

You’re probably thinking that comics + made in Japan = manga. Not so. These are gegika—at the time a term used for comics aimed at adults. These stories produced in Japan’s postwar period have as much in common with modern manga as your hard-drinking crew-cut grandfather has with Justin Bieber.

Good-Bye, published in English by Drawn and Quarterly, represents Tatsumi’s best work from 1971-1972. Tatsumi, known as the grandfather of Japanese alternative comics, is in excellent form here. His stories describe real people in real situations; they’re dark and grim and gritty in a time that was just that. The first story, “Hell”, is especially evocative, dealing with the Hiroshima bombings. It dishes out one of the coolest lines in comics ever: “It rained that day,” Tatsumi’s protagonist tells us. “A black rain. Ever since then it hasn’t stopped raining inside of me.”

Burns’ Black Hole probably has the honour of being his most famous work, but X’ed Out’s weirdness coupled with its recent release by Pantheon wins it a spot in this article. X’ed Out tells two stories of a man named Doug, where both “versions” of him seem to dream his other life. One life—a normal world in which Doug is falling faster and faster into a loserdom of parental dependence and broken strawberry pop stars—is told via events connected by a loose narrative and united in a photorealistic sort of clarity that sums up a huge amount of feeling into simple acts. The other life—a vaguely Middle-Eastern fantasy world where Doug wanders with a face like Tintin’s—is stranger and still has some development to go. The most rewarding and creepy part of the narrative is piecing together the repeated players in the two worlds, and wondering about the head wound that both Dougs carry around with them. X’ed Out is the first volume of an intended series, and it looks pretty darn promising.

Seriously, you haven’t read Scott Pilgrim yet? If you saw the movie you have to read the series. It’s a must, and I wil refuse to treat you civilly until you have.

Jokes aside, if you haven’t read this incredibly popular, incredible Canadian icon yet, you should. You probably already know the gist of the story: eponymous hero Scott Pilgrim has to defeat his girlfriend’s seven evil exes to win her heart and live happily ever after. Awesome story, but the real reason you should read the series is that it gets across some social commentary that the movie just isn’t able to deliver in under two hours.

Read the friggin’ books. Well, finish reading The Medium first, of course. Maybe check out the Features section, too.