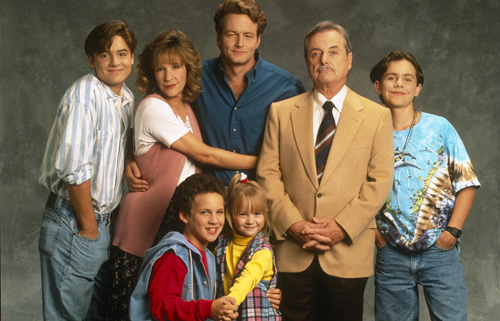 When was the last time you sprawled on your couch on a Friday night and tuned in to watch what clumsy stunt Steve Urkel was up to on Family Matters? Whether Cory and Topanga were together or had split on Boy Meets World? What magic spells Sabrina the Teenage Witch was concocting to deal with the problems of teenage angst?

It’s been ten years since the decline of family-geared, sitcom line-ups such as ABC’s TGIF. Children, teens and parents rarely watch television in the same room anymore, let alone the same show.
Ever since the premiere season of Survivor in 2000, reality TV has been monopolizing the airwaves with shows allowing anyone and everyone to earn some dough, get a glimpse of the spotlight and entertain the masses.
Richard Hatch running naked around Bornea Island is now considered tame compared to the sensationalizing of human relations through the chaotic combination of sex and seduction on shows like Tila Tequila, The Hills and Jersey Shore. People doing stupid things to garner attention isn’t new, but the freedom and ability of networks to market such behaviour through reality TV certainly is.
The innocence which once fuelled family shows such as Full House has yielded to a bolder, edgier content norm. Streaming, downloading and multiple TV sets grant us the privacy to watch what we want, where we want.
Technological innovations such as Rogers on Demand, Personal Video Recorders and online streaming and downloading are killing the idea of communal couch-sitting. From catching the latest clips on YouTube to streaming episodes of Gossip Girl, television viewers are becoming more and more isolated. Socializing in between commercial breaks and grabbing a bite to eat in the kitchen isn’t necessary.
Booting traditional television watching isn’t all bad. Friends can get together and watch back-to-back episodes of their favourite shows on DVD or simply hook-up an s-video cord and transfer videos from a computer to the television set. Students at most university and college campuses have gone so far as to create residence servers to facilitate the convenient and fast transfer of shows, movies and music.
The implications of technological advancements stretch beyond the ability to catch the latest in entertainment media within seconds. The explosion of user created content has transcended boundaries that stretch beyond the once-communal activity of television viewing. Even mainstream news, which has for decades been a staple of the medium, is feeling the brunt of the digital explosion. Programs such as CNN’s iReport and blogs drastically change what we see and how we see it. Whereas we were once solely subjected to a singular view of the global events, we can now investigate and interpret the world through many sets of eyes.
The powerful persuasions of news media are no longer as all-encompassing as they once were. With access to dozens of sources from a variety of media outlets, consumers are proactively questioning and challenging the information they are given. It was once believed that what we saw on television was the be all and end all. Leading news sources such as CNN, the BBC and CBC no longer harness the power of discretion. Viewers are inching closer and closer to the driver’s seat of public broadcasting. Allvoices, an outlet that links to the citizen journalism community, has sparked a freedom and pro-activeness that has forever changed the way we acquire our news. We no longer take things at face value. We now have the power to challenge the norm and speak out.
We are becoming masters of our own domain. Society is now exposed to things which were once deemed inappropriate to broadcast on television. Google searches and videos that are instantaneously cropping up all over the internet have led to an information revolution. While television was once a source of solace, it is now second-fiddle to the on-demand individual.
The all-encompassing liberty of social media has led to the demise of television. Changes in lifestyle and cultural habits have made the act of sitting, waiting and watching irrelevant. From smart phones to download servers, the landscape of entertainment and information gathering have turned the tides of television.
As we move forward and continue to push the endless boundaries of content-creation and distribution, we must remember the compelling power media continues to hold over us regardless of who distributes it and how. As noted by American novelist and screenwriter Paddy Chayefsky: “It’s the menace that everyone loves to hate but can’t seem to live without.”
Even though television may be a menace, it comforts the soul and offers a gateway into a world other than our own. The longing to be entertained and informed will continue to shape the public sphere and its obsession with popular culture.
Stay tuned.