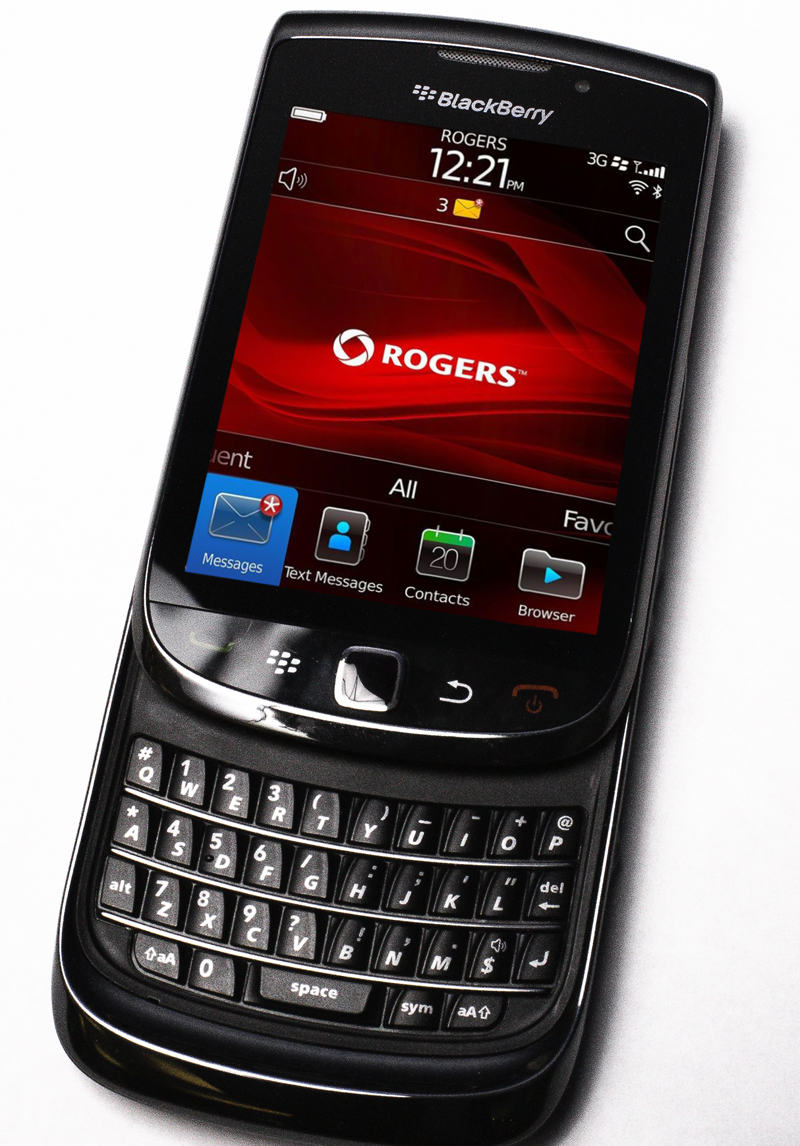 With all the different smartphones in competition with each other these days, it’s difficult to determine which model best suits your needs. Yet if you are looking to get the most bang for your buck, look no further than the BlackBerry® Torch 9800. One of RIM’s latest smartphones, it combines professionalism with coolness; BlackBerry has cornered the professional cellphone market, but with the Torch, it has also mastered an extremely user-friendly interface. The result? A smartphone that appeals to business honchos, students, and moms, all at once. With such an expansive scope of potential users, the Torch might just edge out its competitors, in some people’s opinions. Plus, it just looks cool.

The most obvious feature is the large LED multi-touch screen, which is extremely receptive to even the lightest of touches. Particularly while browsing, the pinch-to-zoom feature is very accurate and responsive; the 9800 hardly needs to be told twice when you give it a command. The touchscreen keyboard is simple enough to use (though if you have big fingers, it might take some getting used to), but the cool thing about the Torch is that if you need a break from typing on the keyboard display, you can easily switch to the built-in keyboard. Where is it, you might ask? The Torch is in fact a slider phone, and though the physical keyboard bears some resemblance to earlier BlackBerry models, it is much more compact.

Another exciting element is the meticulously designed interface that runs on BlackBerry’s latest operating system, BlackBerry 6®. The 360×480 pixel display features incredibly crisp graphics, icons, and text, which are further enhanced by the vibrant colours. You can slide between different trays, including “favourites” and “downloads”, and you can drag the tray to display one, two, or three different rows of applications or even none at all (you can simply touch the up arrow to pull everything up at once instead).

At the top of the screen, just below the time, there is an interesting drop-down menu that displays upcoming events in your calendar, your recent call history, and any unanswered text messages or emails, all in the same place. Pretty nifty, huh?

You can also adjust ringers to have different sounds and volumes not only for your contacts, but for your different emails, in addition to separate alerts for Facebook and Twitter notifications, so you know what’s coming even before you look at the screen.

When it comes to social networking and chatting, the Torch makes it super fun and easy. You can scroll through your home feed and daily tweets within seconds, and you can instantly access notifications and various profile pages just by the tap of your finger. It is much more accessible and less frustrating than using the trackpad to click links (though the trackpad is quite fast for scrolling as well). Watching YouTube videos is particularly enjoyable on the Torch; on the 3G network, videos buffer in just a few seconds and continually play the whole way through without any  hiccups. BBM has a particularly appealing interface, with speech bubbles replacing previously more generic conversation boxes. When sending texts or BBM messages, you can save a lot of time if you want to send capitalized words by holding down the shift key, which locks shift and allows you to type in capitals continually instead of having to hit the shift key before each letter.

The 5mpx camera is one of the phone’s best features; the intelligent auto-focus and strong flash give

photos a crisp quality, and different scene modes such as “close-up” and “party” allow you to capture artistic shots (who needs a digital SLR?). Of course it doesn’t rival high-end digital cameras, but for a camera phone it is quite impressive.

With the Torch, everything is at your fingertips—literally.