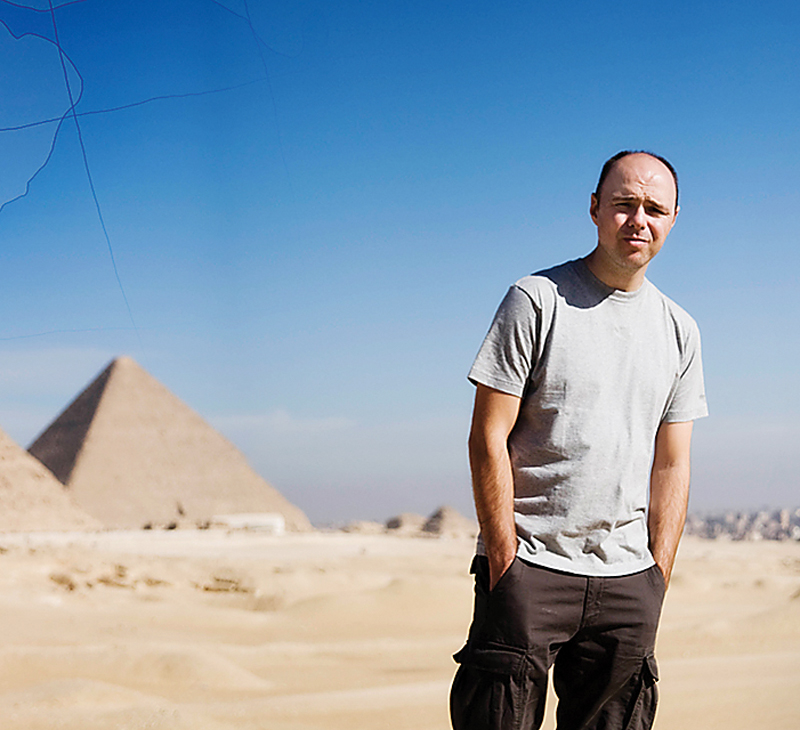 Ricky Gervais and Stephen Merchant are at it again with  everyone’s favourite spherical-headed human-being, Karl Pilkington. After sending him to see the Seven Wonders of the World last year, they have succeeded in convincing him to once again venture as far out of his comfort zone as physically possible.

“When we asked Karl to list his things to do before you die,” says Ricky, “the only thing he could think of was ‘work in B&Q part-time.’ So we decided to make a list for him.” I think we all know what happens when Ricky and Stephen are left to their own devices. While they pull the strings of this adventure from the comfort of their office, we watch Karl experience—and inevitably fail to enjoy—things in which some people could only hope to participate.

On Karl’s list of activities he included swimming with dolphins, travelling along Route 66, and staying on a desert island, but we can rest assured that these simple things won’t exactly happen according to what’s on the tin. And naturally, poor Karl won’t know what he’s about to go through until it’s too late.

In a recent interview, Karl was asked if he thought he would ever need counselling after all of the things Ricky and Stephen have put him through. He very candidly replied, “Maybe. I have been having odd dreams about sinking in quicksand. I don’t know what it means. I used to have one where Ricky kept opening the toilet door whilst I’m sat on it [sic] and he would bring in strangers to come and look at me. I think it was a dream; could have been real life.”

That definitely sounds like something that could happen in real life—poor Karl! Be sure to tune into An Idiot Abroad 2: The Bucket List this fall on the Discovery
Channel to watch the intrepid victim of a hilarious misanthropy encounter confused and slightly amused locals, while battling with radical cultural differences.