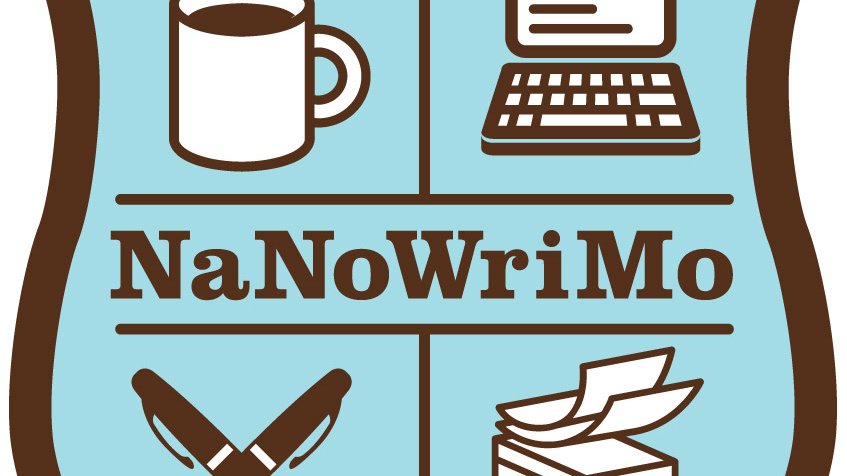 The term “NaNoWriMo” may sound like gibberish to you, but for many eager writers, the word is full of possibility and possible frustration.

National Novel-Writing Month (better known as NaNoWriMo) is the annual initiative that challenges writers to pen an original 50,000-word novel over the month of November. Starting as an online movement in 1999, NaNoWriMo has since grown into an international phenomenon with in-person meet-ups for participants living near major cities, and even the creation of Camp NaNoWriMo, an annual summer writing retreat.

But why do NaNoWriMo? Why put the pressure on yourself to create so much in one month? Well, while NaNoWriMo may not be for everyone, it does present a unique opportunity for those who think that they can reach the hefty word count; in order to meet the 50,000-word mark, one needs to write an average of 1,666 words every day in November. Depending on what your writing habits are like, that may sound like small potatoes, or it may seem an impossible feat. But even if you don’t meet the 50,000-word goal (like many participants), you’ll still have something to show for it. Who knows where a half-finished manuscript could lead?

For those who think that it’s impossible to create anything of publishable quality in a month’s time, some of NaNoWriMo’s success stories may prove you wrong. The hugely popular novels Water for Elephants and The Night Circus both started as NaNoWriMo projects, and according to the NaNo website, over 100 other NaNo novels have been published through traditional publishing houses. It’s unlikely that your first draft will be a bestseller, but it could be a good place to start.

As a one-time NaNoWriMo failure myself, I’m going to give it another try this year. During my previous attempt in high school, I was ahead for the first few days, before dropping off the radar entirely less than halfway through the month. This year’s personal challenge is to write every day and stick it out the whole way, even if I don’t quite reach the 50,000-word goal.

Maintaining enthusiasm and writing consistently is a major roadblock for many NaNo participants. Some become overwhelmed by the word count or intimidated by the success of others. However, if you take on NaNo and then find yourself on the verge of deleting your haphazard Word document after a few thousand words and pretending like the month of November never happened, fear not! NaNoWriMo’s website offers forums where you can seek story-writing help from thousands of other NaNo allies. One of the site’s most popular subforums is titled “NaNoWriMo Ate My Soul”, so you can rest easy knowing that you certainly won’t be the only one struggling.

I’m hardly in a position to dole out advice for NaNo success, but I will offer one tidbit to those brave (foolish?) souls who are gearing up for potentially the most hectic month of the year: just get your ideas out. Part of the fun of NaNo is the spontaneity of it all. The pressure to put words onto paper (or computer screen) doesn’t always inspire one’s best work, but it does get you to write. Too often in my own work, I fuss over every sentence and find myself deleting and rewriting paragraphs as I go. NaNo-ers don’t have the luxury of agonizing over their work. Not every sentence and idea has to be brilliant. And many of them won’t be. But even if a certain idea doesn’t come out exactly how you envisioned it in your mind, it’s the seed of something. You can always go back and cultivate it later.