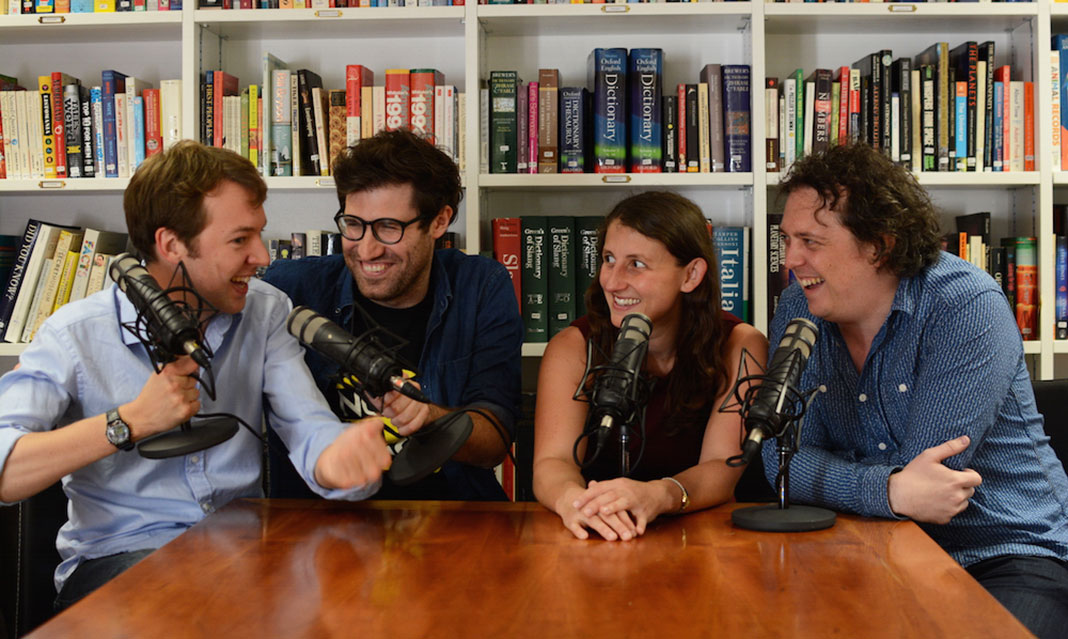 There is no such thing as a fish. Unbelievable as it sounds, this is the first fact presented in the first episode of the podcast No Such Thing as a Fish. The series is produced and presented by researchers of a British comedy quiz show called QI (Quite Interesting). The researchers refer to themselves as “The QI Elves.” In this weekly podcast, the elves aim to inform listeners about interesting facts they come across during the week.

It is structured as a discussion amongst four QI elves. The regular hosts of the podcast are James Harkin, Anna Ptaszynski, Dan Schreiber, and Andrew Hunter Murray. It starts off with one of them presenting a fact, and the conversation continues with the others bouncing off jokes and adding more information based on related research. This goes on until all four facts are presented.

Both entertaining and engaging, they often try to include the listeners in the discussion by encouraging people to send in questions through Twitter or email. Other times, they present in front of a live audience who contribute facts for that specific episode.

Imagine this: you hear a bubbly jingle that has your head bobbing along, coupled with an electronic voice that announces your bath is ready. You don’t really notice because it’s in Japanese. Then, you hear “another one is called cat-fisting.” You pause. You rewind the podcast because you need context. It turns out that they were discussing interesting fishing methods after they were told that Belgian fishermen used to go fishing on horseback. That led to cat-fisting which is exactly what you think it is, or maybe not. What this means is you put your fist in the water hoping that a catfish decides that it looks appetizing enough to latch on to. Simple, relatively efficient, and bizarre.

That’s the selling point of the show. It captures your interest with something unusual and proceeds to blow your mind at more ridiculous yet equally enlightening information. Most of them are facts you never thought you would ever want or need to know. It certainly gives you several things to consider, like how scuba divers write under water, how there are barcodes for zebras, or why butchers in Ancient Egypt used to wear high heels.

No Such Thing as a Fish doesn’t just teach; it makes learning fun through one of the most convenient platforms. Increase your repertoire of random facts! At your next social gathering, impress your peers and colleagues with your knowledge on pigeon milk. They may or may not believe you, but it is a good way to start a conversation. From there, the possibilities are endless. After all, if there’s anything to learn from this show, it is that reality can be far stranger than fiction.