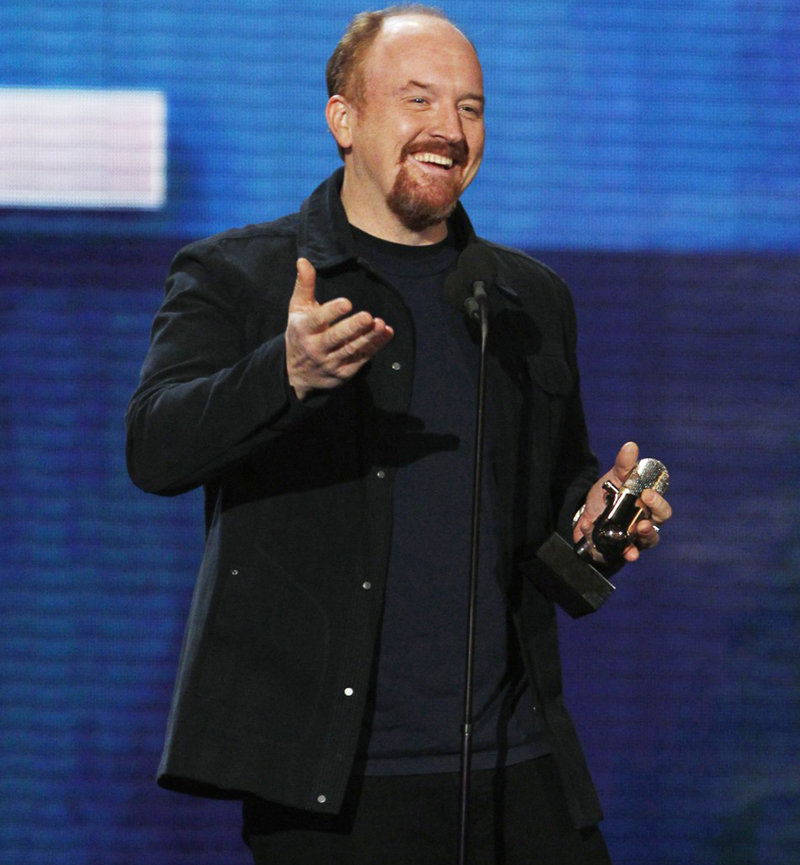 Louis CK is still, and will probably continue to be, the funniest man out there right now. The Sony Centre was home to the red-haired comic for two back-to-back shows last Saturday, and at each of them, 3,000 people laughed for well over an hour.

The evening started with Louis CK’s voice coming through the speakers. Even without being physically on stage yet, he immediately set the tone by going through the CK version of the rules for the night, and he had the audience in stitches within about eight  seconds. He then introduced the folk singing opening act, Steven Page—no opening comedian  because, as CK said, “They were all just… not good”—who took to the stage a moment later.

Page was the ideal opening act for a few reasons, but mainly  because his set was only three songs long. Also because he was just a guy with a guitar and a nice voice, and in this day and age, that’s incredibly refreshing. Just as quickly as he came on, he was thanking the audience for the  reception and making his way off for the main act, Mr. CK, who was in fantastic spirits the entire night.

One thing that you can bet on at a Louis CK show is that he will be on his game. Another thing is that all of his stand-up is brand new. That’s an hour and a half of brilliant comedy no one had heard before. Even the material he had been using on various talk shows or late shows was rarely used, and what he did take from those shows had been polished to a smashing finished product.

His set was packed with a  spectrum of topics, some of them the most morbid and uncomfortable things anyone could ever talk about. But Louis CK is a  genius with things like that; he delves so deep into the darkest corners of the human psyche and shines a light on things with such wit and clarity that it makes you  appreciate them from a whole new  perspective.

The end of his show brought the entire audience to their feet as soon as he raised his arm to say thank you and good night. It was a truly beautiful sight to behold, and Louis seemed genuinely surprised at the crowd’s reaction. Much to everyone’s delight, he returned to the stage a few minutes later and delivered a great encore, followed by a second standing ovation, which was just as enjoyable as the show itself.

Louis CK’s next special is set to be filmed in mid-November, so let’s all keep our fingers crossed that it will be released within the next few months.