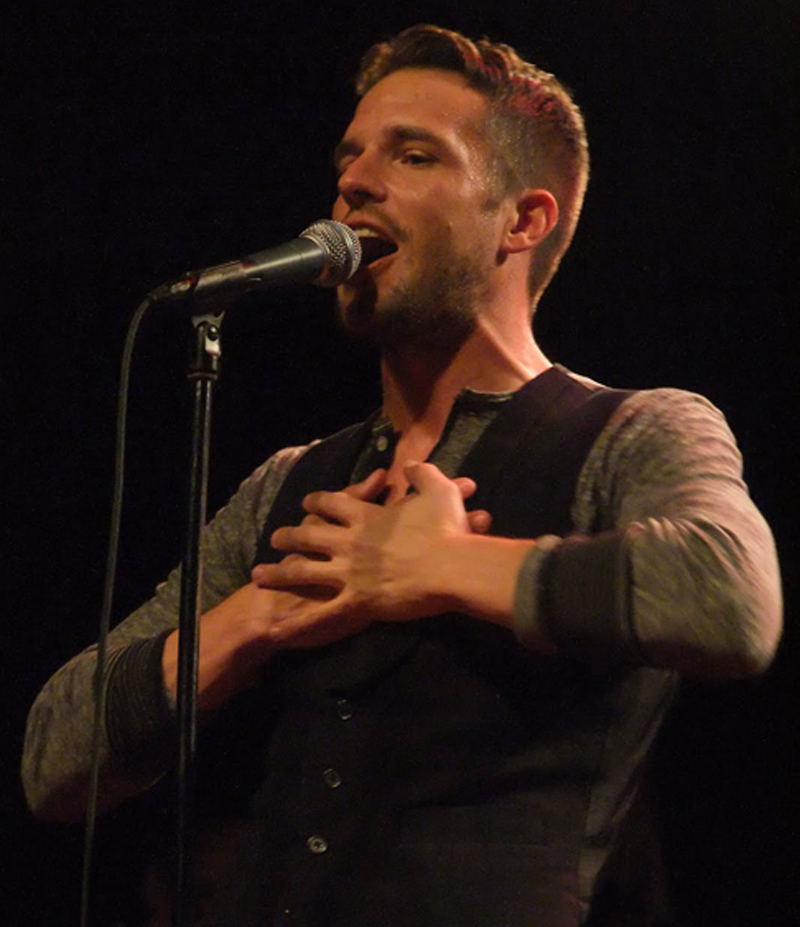 Couples aren’t the only ones to suffer breakups—musicians do too. More and more bands seem to be taking “temporary breaks” and “indefinite hiatuses”, or breaking up altogether, as their lead vocalists take on solo careers in the music industry. While many of them go on to establish even greater success, some are probably wishing they hadn’t thrown away their guitarist’s phone number just yet. Here are some frontmen who have ditched their trusty bandmates at some point or another for their own place under the spotlight. Can they make it on their own or should they go back to band life?

While there were more than a few heartbroken “Victims” (Killers fans) when the band announced last January they would be taking some time off, the band’s outspoken frontman doesn’t appear to be slowing down at all. Brandon Flowers’ first solo album, Flamingo, was released in September and though it was met with mixed reviews, the Mormon rock star really seems to be connecting with his audience much more in this latest chapter of his life. Gone are the days of his somewhat mechanical performances (not to mention the eyeliner), as he actually seems to be enjoying himself onstage, laughing and offering anecdotes—something he hardly ever did with The Killers. Flowers has bloomed into one of the most influential musicians of the past few years according to many magazines like NME, and seems to be doing just fine without the gang. Nevertheless, the band is scheduled to return to the studio later this year to record their fourth studio album, and we’ll be sure to hear traces of the newly reformed Flowers.

With a last name like Casablancas, who wouldn’t want to flaunt it? The front man of The Strokes released his solo album, Phrazes for the Young, back in 2009 while the rest of the band was also working on their own side projects. Although it’s true that Casablancas’ solo efforts are just as engaging as his work with his band, he ultimately doesn’t offer anything new on his own. His voice is so distinctive that at times you forget you are listening to his solo work, as it tends to sound just like something off a Strokes album. Although his new stuff might not be that innovative, there is no denying that Casablancas is just a really cool guy. He has appeared in one of The Lonely Island’s “Digital Shorts” on Saturday Night Live, and has been a source of inspiration for both American painter Elizabeth Peyton and Courtney Love, whose song “But Julian, I’m a Little Bit Older Than You” was written about The Strokes’ front man. Although his solo antics are entertaining, it’s about the music after all, and The Strokes’ upcoming album (slated for release in March) will be grasped up by their fans, who have been eagerly waiting for new material since 2006’s First Impressions of Earth.

So far, things seem to have remained pretty amicable between the front men and the bands they have put on hold. Yet Kele Okereke has been getting himself into hot water with such comments as “this is a song by a band I used to be in” even though the band has reported they have no intention to break up… yet. So much for band loyalty.

But with singles like “Tenderoni” from his debut album, The Boxer, it is understandable why Kele might want to put Bloc Party behind him. His solo work is much more refreshing than the band’s most recent albums—which are beginning to sound more and more alike, and not in a good way—yet there is still a hint of the Bloc in his new efforts. Kele has proven that he can handle the spotlight, just as long as it doesn’t all go to his head. He should smooth things over with Russell and the guys first, though.

Before the duo known as Gnarls Barkley—yes, there were two of them—decided to work on additional projects, the name Cee-Lo Green hardly ever came up in musical conversation. While Danger Mouse went on to establish an incredibly successful side project known as Broken Bells (with The Shins’ front man, James Mercer), Cee-Lo just sort of fell off the map. That all changed when he invaded the airwaves with one of the year’s most infectious singles, “F*** You”. Cee-Lo had attempted to establish a solo career prior to Gnarls Barkley, yet the two albums he produced ultimately failed to garner much interest. Following his recent exposure, however, his third solo album, The Lady Killer, has been receiving rave reviews from music critics. While his hit single may have propelled him into new stardom, one can’t help but wonder if he will once again fade into obscurity once the hype dies down. If he sticks with Danger Mouse, though, he’ll be just fine.