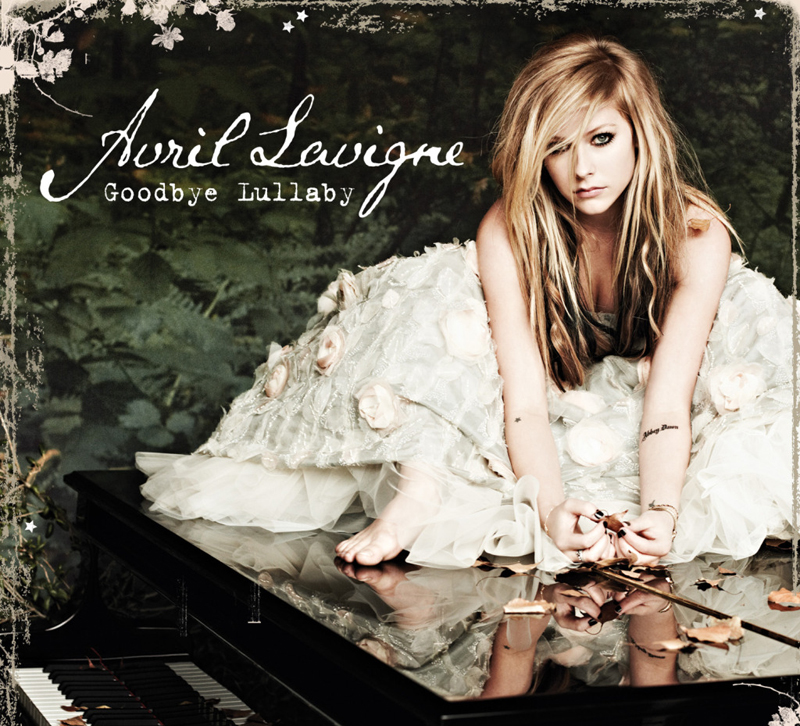 Avril Lavigne has been on the music scene since 2002 with the release of her first album, Let Go, and became known as a grungy, skater-girl-type songwriter. Since then, she has released Under My Skin and The Best Damn Thing, in which she changed her sound to poppy, upbeat, and outgoing, shed her old punk-rock teenage angst songs, and put bright pink in her wardrobe. Lavigne’s new album, Goodbye Lullaby, has been in production for two years and was supposed to have an earlier release date, but was pushed back due to problems with creative control. The new album, released on March 4, isn’t as in-your-face as The Best Damn Thing, but still isn’t exactly like her old music. The songs feature strong drumbeats (some seeming more techno than rock) and have a little bit of special effects (like the help from keyboards and synthesizers), but this album leans more toward pop/rock rather than punk, and even features acoustic guitar and piano in some songs.

The first single, “What the Hell”, is really the only song that follows the lead of her last album, with an upbeat and catchy chorus and a music video featuring the pink strands in her hair, lots of product placement, and Lavigne doing crazy things while she messes with a guy. The rest of the songs are more tame, but the song “Smile” features a chorus with lots of repeats of single syllables, making it easy for the song to get stuck in your head like “Girlfriend” from The Best Damn Thing. The songs have the usual lyrical mix of self-empowering songs (it’s fine to be yourself—just look at Avril!), I-hate-you breakup songs, and love songs (namely, “I Love You”, which features a chorus about how wonderful someone is). “Not Enough” actually starts out with a guitar playing and no drumbeat, then builds into the chorus with lots of vocal echoing as the chorus settles back into the verse. This song is basic pop/rock and more like Lavigne’s old songs—think “My Happy Ending” from Under My Skin. If you’re a fan of her older music, you will probably like this song. It still fits in with the rest of her album, but doesn’t exactly scream hit song either.

It’s clear that Avril still has a band playing, even featuring piano in “Black Star” and “Goodbye” (the last song on the album and another love song). But this time, her songs don’t require choreography and crazy music videos to get the feeling of the song across. This album feels more laid back; it is not really meant to be blasted at a tween sleepover or party, but rather to be listened to as you walk to class or when you’re alone in your room.

For those who loved The Best Damn Thing and the very upbeat songs from that album, you might not like Goodbye Lullaby as much. If you’ve only heard “What the Hell” and really like it, you should listen to some of the other songs before buying the album—you might not find you like the rest of them. But for the fans of Avril who have liked all of her albums, or even just the first few, you might still like this album because it seems to be a medley of sounds between her first two albums and The Best Damn Thing. None of the songs are really amazing or stick out, but it’s good music to have playing when you’re hanging out with friends or even by yourself. So go out and buy the album if you’re okay with another new(ish) type of music from Avril—otherwise, wait for the next one.