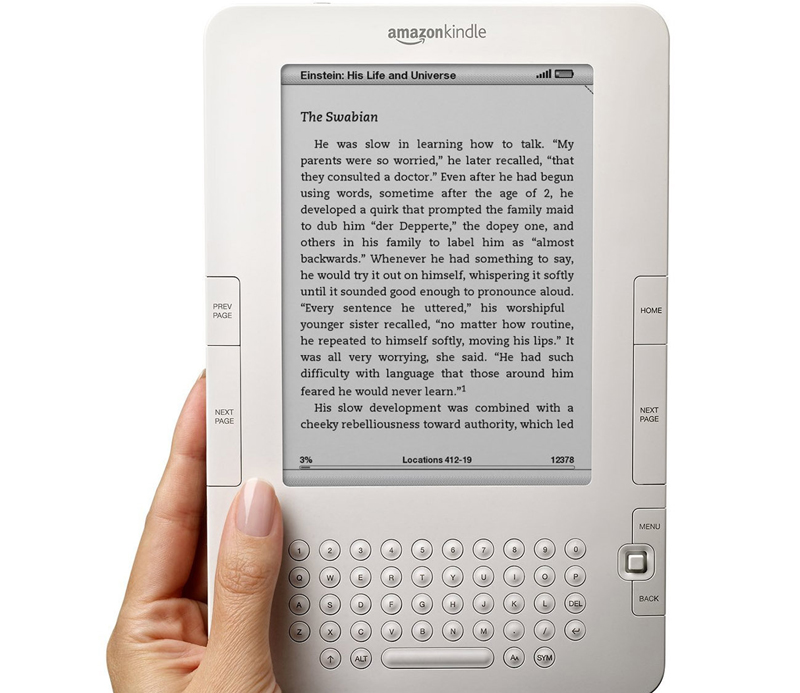 From the earliest cave paintings to text messaging and everything between, the way that we share stories and communicate has evolved greatly over time. And now the latest trend in storytelling seems to be the e-reader.

These devices allow readers to potentially download thousands of books in electronic text format onto one small gadget. The same basic concept of the novel is there—you’re just reading the text on a screen, rather than printed on a page. But even though the content is the same, it seems like the way in which we read our books is causing plenty of debate among bookworms and technology pundits alike. One common complaint with e-readers is that they don’t provide the kind of personal connection that some people experience with a book. Arbitrarily flipping pages, making notes in the margins, and proudly displaying your book collections to the outside world are luxuries that e-readers don’t provide. However, many fans of the new technology champion its convenience and portability.

While some consumers are still dubious, plenty seem to be embracing the rapidly evolving technology. E-readers such as Amazon’s Kindle served as popular holiday gifts this past year (an estimated 7,000,000+ Kindles were sold in 2010), and The Kobo software website crashed shortly after Christmas with the flood of new customers.

That said, basic e-readers do face an uphill battle, thanks to the success of multi-functional tablets such as the iPad. Some e-readers offer game applications (and three of Amazon’s five best-selling products for e-readers are apps), while tablets offer many other features to entice buyers. But regardless of whether or not there is a market for a device that only offers e-reading functions, technology-savvy readers will still need to buy e-books for whichever gadget they use. Accordingly, the sales of e-books are also on the rise. Publishers Weekly reports that sales of e-books rose nearly 130% in November 2010, and a total of approximately 165% throughout 2010.

Because e-reading is a fairly new phenomenon, those increases are from a relatively low starting point, but Publishers Weekly also reports that the total sales of e-books are equivalent to about 10% of print book sales. In 2008, e-books only accounted for 0.5% of total book sales. As well, 2010 saw James Patterson become the first author to sell 1,000,000 e-books, while Stieg Larsson (author of The Girl with the Dragon Tattoo and its two sequels) sold 1,000,000 Kindle e-books alone. And with this gradual shift, traditional book sales are predictably dropping. In 2010, hardcover sales fell 6.1%, while mass-market paperbacks (or “pocket” paperbacks) sales dropped off by 14%. The sales of larger paperback formats had held steadier, but then took a sharp 19% dip in November.

Sales numbers seem to suggest that e-reading is here to stay. Most libraries offer electronic borrowing programs, and many periodicals, such as the New York Times, now sell their publications in e-reader format. As well, in the United States, both Amazon and Barnes & Noble (who sell the Nook e-reader) recently began offering two-week loans on certain e-books (decided by the publisher) to users of their products.

Does this new way of consuming books mean the end of paperbacks, or even physical books in general?

It’s hard to say. But it certainly does seem to suggest a drastic shift in how we read. Like the iPod did for music, readers can now instantly access hundreds of books at their fingertips. But do we really need to be able to flip between, say, Dickens and Snooki in a matter of seconds?