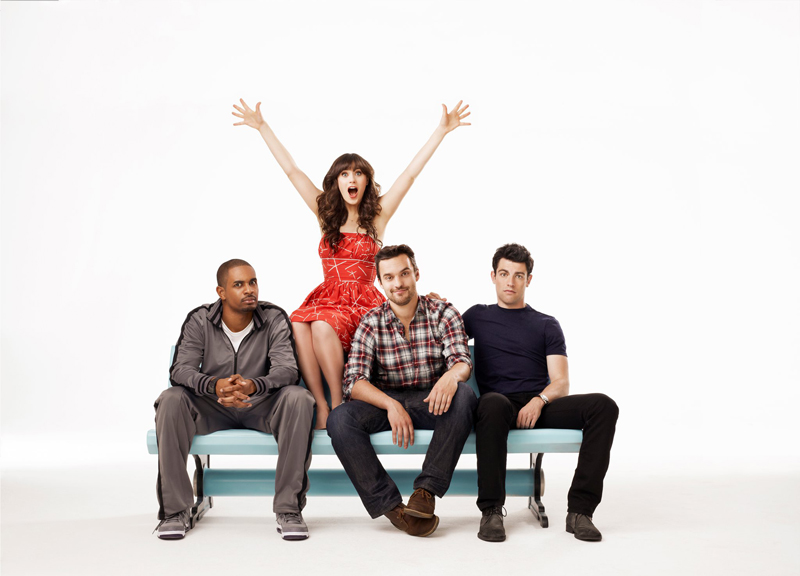 September means back to school for many, but it also marks the start of a new television season. For those looking for new excuses to procrastinate, here’s a peek at the new lineup of fall shows.

FOX managed to snatch up one of the year’s most anticipated shows with Terra Nova (premieres Sept. 26, 8 p.m.). The Steven Spielberg-produced series revolves around young scientists who travel back to prehistoric times in hopes of saving a dying Earth.

For those looking for something a bit more provocative, NBC offers The Playboy Club (Sept. 19, 10 p.m.), a drama about Playboy and the mob in the 1960s. Meanwhile, Kat Denning (Nick and Norah’s Infinite Playlist) will try her hand at television with Two Broke Girls (Sept. 19, 8:30p.m.) on CBS, which is a comedy about two young waitresses with dreams of starting their own business.

Zooey Deschanel (500 Days of Summer) is just one of the many movie stars switching to the small screen this fall. She’ll star as a quirky girl with three male roommates in FOX’s New Girl (Sept. 20, 9 p.m.). The show has the advantage of having the mega-hit Glee as its lead-in (Raising Hope had that timeslot last year, and it became one of the few rookie shows to get renewed).

In case you’ve missed Simon Cowell and Paula Abdul since they left American Idol, they now return to FOX with X-Factor (Sept. 21, 8 p.m.). Cowell originally helmed the talent competition in the UK, and he now brings the ratings juggernaut stateside.

Wednesday nights offer a slew of new comedies. One of the season’s more promising shows is NBC’s parenting sitcom, Up All Night (Sept. 14, 8 p.m.), which stars Will Arnett, Christina Applegate, and Maya Rudolph. NBC pairs that with Free Agents (Sept. 14, 8:30 p.m.), which stars Hank Azaria and Katherine Hahn (Hung) as coworkers who begin a rocky relationship. Meanwhile, ABC attempts suburban satire with Suburgatory (Sept. 28, 8:30), and Jaime Pressley (My Name is Earl) plays an overly lenient mother in NBC’s I Hate My Teenage Daughter (Nov. 30, 9:30 p.m.).

The night’s sole new dramatic offering is ABC’s Revenge (Sept. 21, 10 p.m.), a soapy-sounding revenge thriller about life in the Hamptons.

Charlie’s Angels was a staple of ’70s television, and whether or not viewers want it, ABC now offers an update on the classic detective series (Sept. 22, 8 p.m.). Meanwhile, NBC is also sticking with the tried-and-true with their adaption of the British detective series Prime Suspect (Sept. 22, 10 p.m.), with Maria Bello (A History of Violence) in the leading role. CBS also offers yet an- other drama with the CIA thriller Person of Interest (Sept. 22, 9 p.m.).

There aren’t very many new offerings on Friday night, but there are two new supernatural shows. On CBS, Patrick Wilson (Insidious, Hard Candy) plays a surgeon who sees visions of his dead wife in A Gifted Man (Sept. 23, 8 p.m.). Meanwhile, NBC’s Grimm (Oct. 21, 9 p.m.) tells the story of a cop who has to deal with present-day fairytale monsters.

As well, the hotly anticipated new show from Joss Whedon (Buffy the Vampire Slayer, Firefly), Ringer (Sept. 16, 10 p.m.), will have its Canadian broadcast Friday nights on Global (it first airs Tuesdays on the CW). In the series Sarah Michelle Gellar plays a woman who adopts her twin sister’s identity after witnessing a murder.

ABC offers a pair of new female- centric dramas on Sunday nights. First, Christina Ricci takes to the skies in Pan Am (Sept. 25, 10 p.m.). The retro series explores the lives of airline attendants in the 1960s. Then, ABC rolls out its own fairy-tale themed show with Once Upon a Time (Oct. 23, 8 p.m.). The drama stars Ginnifer Goodwin (Something Borrowed) and it revolves around a woman who must free a town full of fairytale characters that live under a spell.

Allen Gregory (Oct. 30, 8:30 p.m.) is a new cartoon on FOX about a snarky child genius, voiced by Jonah Hill (who is also a co-creator, writer, and executive producer on the show). As well, it’s worth noting that AMC will debut a new wild west drama called Hell on Wheels (November 6, 10 p.m.).