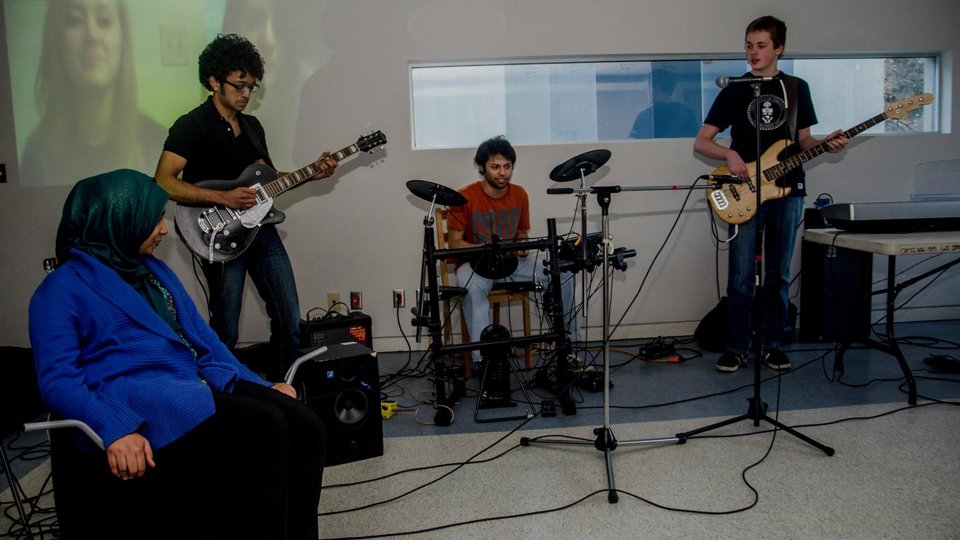 Deaf Jam, which took place in the Student Centre last Monday, was unlike any other event I have attended all year. Sitting in that room, I was introduced to a whole new world of inventions I never knew existed. The event was hosted by the UTM Accessibility Committee, UTM Music Club, and Tetra Devices for Disabilities Club, whose goal was to showcase different ways in which deaf people can experience live music.

The event opened with an introduction by a group called Tetra. Their goal is to help people with physical disabilities by raising funds for the development of devices that make their lives easier. They also raise awareness of the discrimination that people with disabilities sometimes face.

Tetra created a device for iPad that translates music into vibrations; it takes music input through a series of amplifications and allows the user to feel the music physically. Attendees of Deaf Jam got a chance to try this device. All they had to do was put two fingers on a button and let the music flow through them.

The guests were also introduced to a special chair with built-in speakers designed by a team of researchers at Ryerson. It allows the hearing impaired to feel music through motions and vibrations against their backs, working through their entire body.

Next was an interactive workshop in which all of the guests were given the opportunity to try sign language for the first time, learning how to spell their names and initials. After the workshop, it was time for a few performances to test out the new inventions. The first performers were a UTM band called Nebula, covering David Guetta’s hit single “Titanium”. As they performed, two volunteers tried out the model chairs so the audience could see how exactly they worked. The volunteers described the feeling of the “physical music” as warm, and said they felt it most in their backs. After Nebula’s fantastic performance, Fuzz Boxes took the stage to perform instrumental covers of a few songs, including a personal favourite, “Pretty Lady” by Jimi Hendrix. Their upbeat vibe, warm smiles, and passion got the crowd pumped up and energized. As they played, new volunteers came up to try the chairs.

As everyone was getting ready to leave, the hosts came out to give a conclusion and thanks, and food was served. The event could not have ended better.