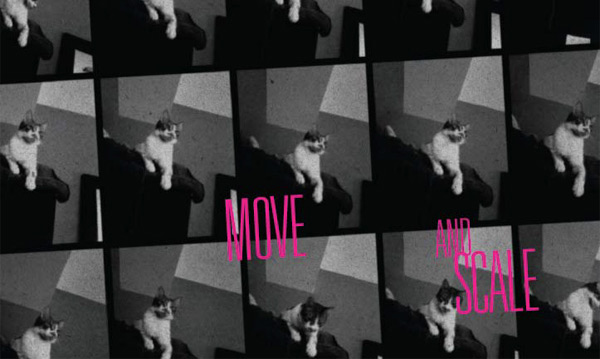 With a lofty band name like Christ vs Krishna, I was expecting some truly compelling things from the band’s 2013 EP, Move and Scale. Maybe some social commentary in the lyrics or some purposely challenging and cacophonous melodies. I should know by now that band names can be misleading. Instead, what I heard on Move and Scale was a collection of surprisingly pleasant yet relatively innocuous songs that draw from a variety of influences.

Calling to mind the buoyant pop-rock of the Shins at times, Christ vs Krishna offers a clean sound that would fall into line quite nicely with the indie music sound of the past decade…, or the ’90s, or even the ’80s. There’s some of that distinctively ’90s alt-rock jangle in the guitars, yet at the same time the band often calls to mind the Pixies at their most surf-y and the Cure at their sunniest. In a way, this gives songs like the softly swooning “Fall Apart” a rather timeless quality. At the same time, it can also give the listener an unexpected sense of déjà vu upon first listen.

Lead singer Pank Bagga has an appropriately drawling voice for the band’s mostly laid-back music, but he also sings with a conviction that prevents Christ vs Krishna’s music from losing focus or devolving into background music. It may not be a particularly distinctive voice, but it’s a tried and true sound in indie rock that serves Christ vs Krishna equally well.

For fans of bands like Surfer Blood or Wolf Parade, Christ vs Krishna may be worth a look. Those who bemoan the middle-of-the-road tendencies and increasingly homogenous sound of indie rock will likely want to stay away. Songs such as “We Fall Apart” and “Walk on Water” are just catchy enough to get stuck in the listener’s head while simultaneously prompting them to queue up some temporarily forgotten favourite albums from bands of bygone days.