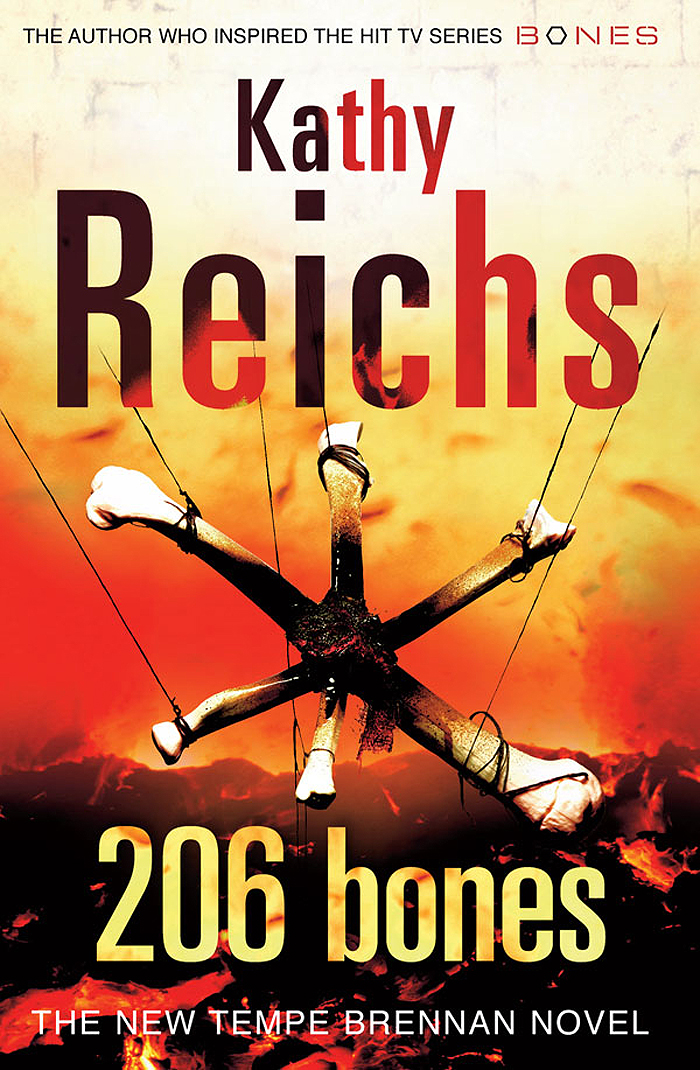 Are you a forensics student looking to test your skills? Or do you just love a good puzzle? In either case, Kathy Reichs new forensic mystery novel 206 Bones has a question for you.

How do you escape from an underground tomb and track down your would-be killer?
Thats the question posed to Reichs protagonist, Temperance Brennan, and she has to find an answer — because time is running out, and so is oxygen.

Kathy Reichs resume is nearly as impressive as the characters from her novels. Like her signature hero, Temperance, Reichs started her career as an academic in the field of forensic anthropology. But while Temperance works as a cross-country forensics investigator, Reichs is currently employed by the University of North Carolina as a professor. Reichs has written numerous academic papers, many of which have large, intimidating titles (Cranial suture eccentricities: a case in which precocious closure complicated determination of sex and commingling is a favourite). She has also testified for a UN tribunal in Rwanda and was part of a team conducting post-mortem examinations of the World Trade Centre victims. Pop-culture junkies will also recognise Reichs contribution to Foxs television series Bones, which is loosely based on her novels.
Reichs first novel, Deja Dead was published in 1997. Since then Reichs has written eleven other novels including titles such as Monday Mourning and Grave Secrets. 206 Bones takes off with Temperance awakening in the dark. Its cold, shes in immense pain and shes tied up. Riechs constructs the novel as a flashback from this point; Temperance intermittently remembers the series of events that led her to her prison as she tries to escape, including dealing with a missing navy apprentice whose body has turned up in a quarry, an old woman found dead in the snow and a mysterious figure set to sabotage Temperances career. This last character is the main source of Temperances current situation.

The prose is direct and clearly constructed. Occasionally Reichs language may throw the reader for a loop.  The tense shifting and sudden exclamations in particular may take a while to get used to. Reichs isnt Shakespeare, but she doesnt try to be, and the language never calls undue attention to itself.

Reichs real talent, however, lies in her and Temperancess specialty: forensic anthropology. Her writing, which includes a wealth of forensic information, is lucid and well-informed, and the descriptions of the bodies that crop up like sutures on a cranium are masterful. Reichs creates compelling tension between the dead and the living, or the animate and the inanimate. The result is flashes of spooky clarity, setting off alarm bells in the readers mind that they could just as well end up on the Temperance and her colleagues examination table. One scene in particular, when Temperances team unearths the body of a murdered Quebecois grandmother buried in the northern reaches of La Belle Provence, is especially eerie.

Unfortunately, readers expecting the mind-blowing plot twists of Shamylan and the extravagant methods of Agatha Christie will be somewhat disappointed. Reichs keeps her novel realistic, and though the conclusion comes off as solid and plausible, it keeps the novel within the conventions of its genre. It is not to say that 206 Bones isnt worth the read – its a fun puzzle and a good book.

But needless to say, by the end of the novel Temperance is alive, unlike my efforts to schmooze up to Simon & Shuster to publish my own novel manuscript (although if any other publishers are reading this article, my manuscript: The Innocent, a tale of madness and the search for religion, is available).