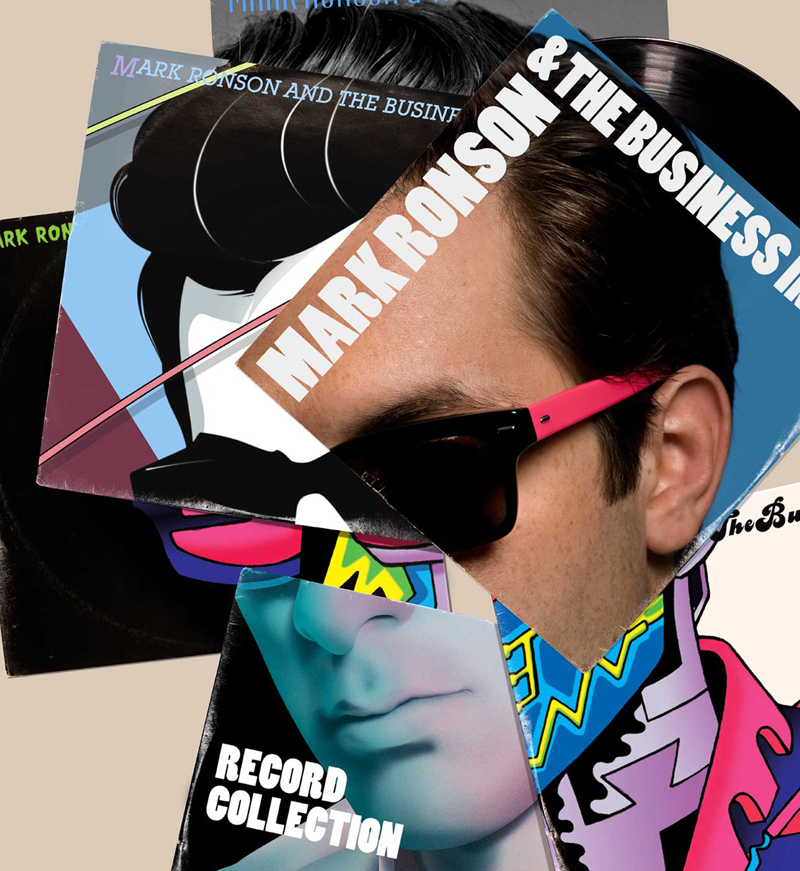 Record Collection, his latest record with the infinitely talented The Business Intl., is the first that features vocals from Ronson himself. We finally get to hear how the man sings on “Lose It (In the End)” and most notably on the title track “Record Collection”, in which he pokes fun at the perks of being—well, Mark Ronson: the most connected man in the music industry.

Along with being cool, Ronson manages to produce a record with mad swagger. From the opening shotgun beat of “Bang Bang Bang” to the closing note of “The Night Last Night”, you feel like you’re one of the few, the proud, and the cool. His music has the power to take you to another place, whether you want to go there or not.

In true Mark Ronson style, he did not put this record together all by himself. This time around, he called in a myriad of talented musicians ranging from ’80s legend Boy George to techno-child MNDR, as well as Q-Tip, Andrew Wyatt, and Rose Elinor Dougall, among many others.

“Somebody to Love Me” features vocals from Boy George and Andrew Wyatt. Its opening is a bit underwhelming, but that changes when it picks up and really launches into a promising tempo. “The Bike Song” is another track that takes a while to grow on you, but once it does, you’ll be singing it for the next couple days.

While most songs are perfect marriages of lyrics and melodies, there are a few numbers on here that are strictly instrumental and they amplify the importance of a strong beat. “The Colour of Crumar” and “Missing Words” are by far the strongest instrumentals on the album, and they are true testaments to Mark Ronson’s skill and ability in the studio.

“Introducing the Business” is the first thing that comes to mind at the mention of swagger. Its deliciously ominous melody will have you waving one hand in the air within the first few notes. “The Night Last Night” is completely different, but equally melodic. It has a very ’20s quartet-meets-modern pop feel to it, and though that seems like an oil and water mixture, it sounds more like strawberries and chocolate—completely delicious.

Ladies and gentlemen, Mark Ronson has done it again. He has lived up to his title as the world’s finest producer, and just like “Introducing the Business” says, he is the business and “you’d better take witness”.