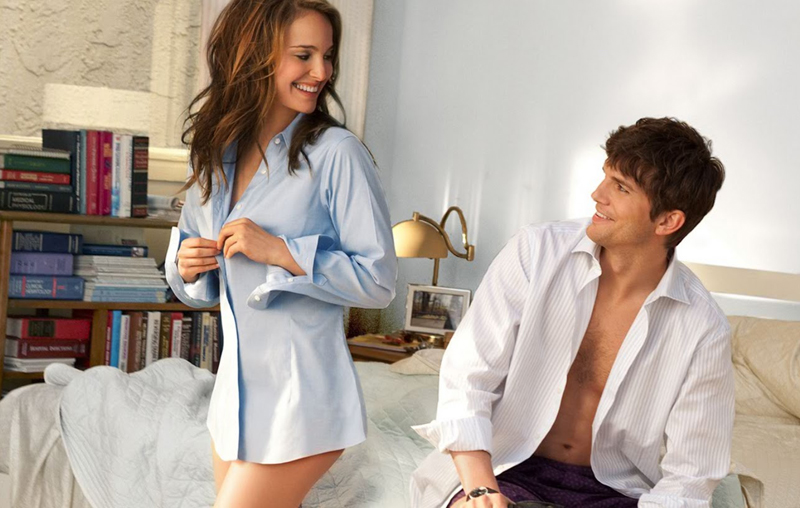 Meaningless sex should be easier than how it’s portrayed in the movies, but if that were the case, there wouldn’t be much of a story.

Although falling into the clichés many predicted for it, No Strings Attached manages to capture the audience and give some depth and charm to the frivolous on-screen relationship of Emma (Natalie Portman) and Adam (Ashton Kutcher). After losing her father, Emma has learned to become an independent woman, the one who takes care of people and does not need to be looked after. She is in the process of becoming a doctor, and does not have time for, nor does she even want to be in, a relationship. Adam, on the other hand, is just out of a serious relationship with his European girlfriend, and after learning that she hasn’t been so faithful, he decides that he wants to engage in a meaningless one-night stand. When the two cross paths at this pivotal time, they decide to engage in a relationship that isn’t really a relationship at all, just a fun time to fulfill each other’s needs and desires. It’s all fun while it lasts, until the morality of their rendezvous kicks in, and sex just isn’t enough.

No Strings Attached is a romantic comedy in its traditional form, but it is still a good one at that. With many laughs, and great character development, it is easy to feel for Adam and Emma as they only try to fool themselves through their “friends with benefits” situation. Natalie Portman, straight out of the dark psychological thriller Black Swan, can surprisingly also pull off a strong comedic performance, and Ashton Kutcher, sitting comfortably in his genre, delivers one of his better films after a string of flops. Who really shines in this film, however, is the fantastic supporting cast, which includes Juno’s Olivia Thirlby as Emma’s sister, Greenberg’s Greta Gerwig and The Office’s Mindy Kaling as two of Emma’s colleagues and roommates, and even veteran actor Kevin Kline as Adam’s washed-out TV-star father. The subplots of the minor characters are interesting as well, and are good enough to deserve their own movies. As conventional of a storyline as it is, it’s executed in a clever and endearing way. It makes one wonder how Friends with Benefits, another release for this year with the exact same concept—and featuring Mila Kunis (Portman’s costar in Black Swan, and a costar of Kutcher’s in That ‘70s Show) and Justin Timberlake—will play out.

With a strong cast, a decent script, and acclaimed director/producer Ivan Reitman behind the camera, No Strings Attached is a better film than it looks to be. The characters are likeable, the chemistry between Portman and Kutcher is very strong, and it is a cool escape for an hour and a half. All the performances are great, the jokes are funny, and it isn’t as sleazy as the concept it proposes. If only real relationships were this easy!           ★★★