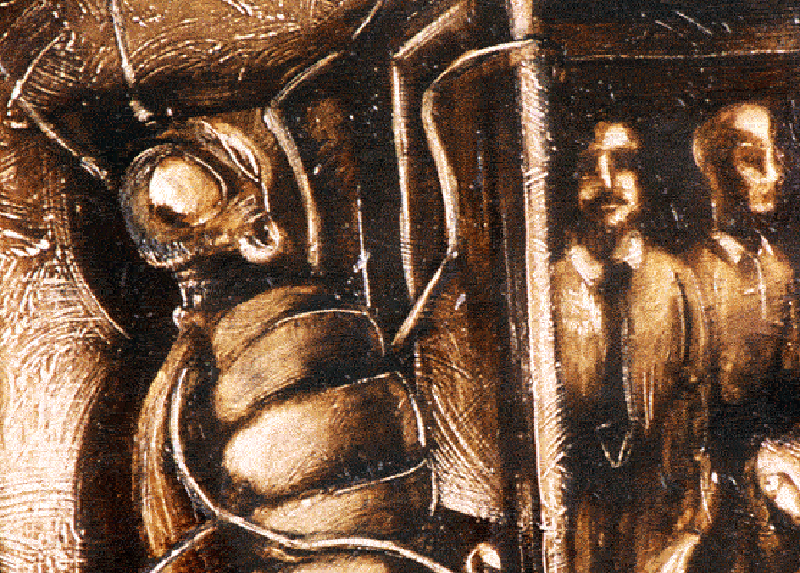 I’m not going to judge. Getting your dose of high literature is hard in this day and age. There are excellent and exciting (if pulpy) sci-fi novels coming out every day, television shows like HBO’s Dexter are delivering stunning stories and the chiselled features of Michael C. Hall, and the Internet’s giving us things that typically don’t go into print, or at least the type of print you can safely read in public.

Nevertheless, we should strive to get some literature in. When you read a really, really good story, it changes you, and shows you things in your own life you may never have seen before. You live more, is what I’m trying to say. Also, reading complicated stuff makes you look sexy and mysterious. That’s why I’ve compiled a list of three classic works of literature that you can finish in under a day. Some of them are pretty darn hard, but if you grit your teeth and charge ahead, you can end the day with a new author under your belt.

The Metamorphosis by Franz Kafka (~60 pages)

One day, Gregor Samsa awakes to discover he has become a cockroach. That’s all you need to know about the beginning of The Metamorphosis; at the time, it was pretty much the coolest thing to happen in German literature since Goethe, and it still rocks pretty hard. Kafka’s story takes a surreal approach to human relations that delves into a darkness that had only been hinted at before. Gregor’s changing psychology as he loses his identity, and his struggles to survive, are masterfully described and incredibly deep. Also you’ll never look at an apple the same way again.

Death and the King’s Horseman by Wole Soyinka (~90 pages)

Wole Soyinka is a Nobel Laureate for literature, an all-around intellectual giant, and one of the best dramaturges still alive. His 1975 play, Death and the King’s Horseman, follows the story of a Yoruban king’s funeral in British-occupied Nigeria. Elesin, the dead king’s horseman, is slated to commit ritual suicide to join his lord in the afterlife, and while Elesin is pretty psyched about the process, the Brits in charge aren’t. Soyinka brings us into a world where humans are part of a contract between the dead and the unborn, and shows us a disastrous event that brings death to the wrong actor, and twists up the contract for good.

Narrow Road to the Interior by Matsuo Bashō (~80 pages)

Matsuo Bashō lived from 1644 to 1694 in Edo-era Japan. He and his disciples are famous for their piercing, masterfully constructed haiku. Narrow Road to the Interior chronicles Bashō’s journey to Japan’s northern province of Honshu. He undertook the journey when he was sick, and wasn’t certain if he would come back to his hermitage; every haiku peppered throughout this narrative has the clarity of a man that knows he might not have much time left in this world. Bashō did complete the journey, assisted by his companion Sora, and continued composing and travelling through Japan, describing the roads with a poet’s eye.