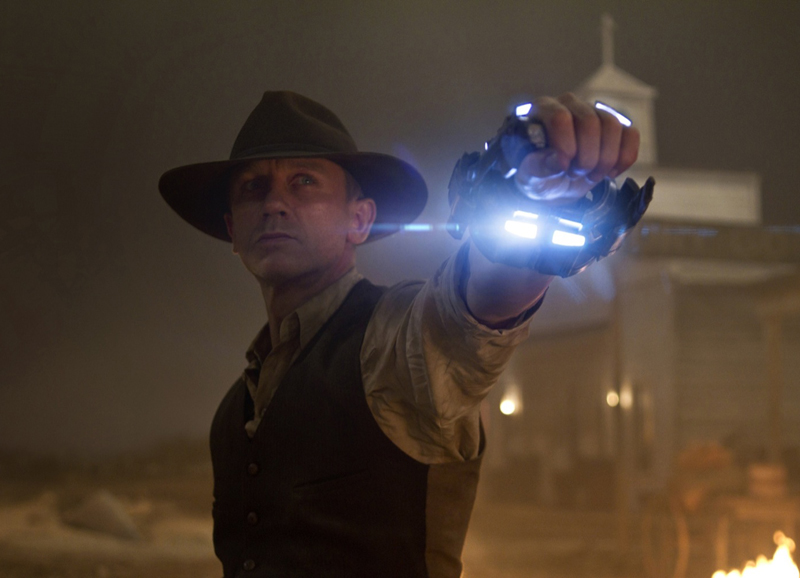 This year is going to be full of big movies, and the most anticipated ones include the continuations of series, such as Harry Potter and the Deathly Hallows: Part 2, The Hangover: Part II, Transformers: Dark of the Moon, Scream 4, and The Twilight Saga: Breaking Dawn Part I. But there are other movies being released in the coming months that are new and standalone, and will surely get some attention.

Let’s start with Thor, which hits theatres on May 6 and stars the Australian actor Chris Hemsworth. It’s another classic superhero movie with a fantasy twist in which the warrior-god Thor, powerful in his kingdom of Asgard but also very reckless, ends up restarting an ancient war. As punishment, he is sent down to Earth to live among humans. The citizens of Earth get pulled into the war when the villain of Asgard sends an invasion of dark forces, and so Thor must become a warrior again to defend his new home. Expect to see Jane Foster, Natalie Portman, and Anthony Hopkins co-starring in this fantasy hero versus villain flick.

Another action-fantasy, Sucker Punch, stars a different kind of hero. It is slated for release on March 25 and stars Emily Browning, Jena Malone, Scott Glenn, and Vanessa Hudgens (yep, this Disney princess is still around). The film follows a teenage girl trying to hide from the pain caused by her evil stepfather, and is eventually sent to a mental institution against her will. Her dream-world provides her with the ultimate escape from reality, and she pulls four other girls into her plan to leave their dark lives and join this fantasy world. Together, they must fight creatures such as dragons, serpents, and samurais, all the while trying to decide what is worth sacrificing in order to stay alive.

Cowboys & Aliens is set in the Old West of Arizona, where a gun-slinging stranger with no memory of his past ends up in the town of Absolution, whose residents don’t take kindly to strangers. The town lives in fear of Colonel Dolarhyde, who controls everything, but they soon realize what true horror is when there is an attack by aliens from the sky. The stranger they refused to welcome is now the only person who can save them as he starts to remember his past and realizes he holds the key to defeating the Martian force. This movie is the ultimate showdown between aliens and cowboys, starring Olivia Wilde, Harrison Ford, and Daniel Craig, and will be released on July 29.

Moving into a different genre, the romantic comedy Just Go With It, starring Adam Sandler and Jennifer Aniston, will be released in theatres on February 11—just in time for Valentine’s Day. Patrick (Sandler) has spent years using fake marriages to help score women, until he actually finds a woman who defies his fear of commitment. But when she finds a wedding ring in his pocket, she insists that Patrick’s “soon-to-be ex-wife” give them permission to continue their new relationship. As a result, Patrick has to find someone to play the role of his wife in the fake divorce. He chooses his office assistant (Aniston), who knows all about his scams, and soon gets caught up in a whirlwind of more lies (borrowing children?) in this quirky comedy.

Hall Pass, another comedy set to come out on February 25, is a movie about two restless husbands (Owen Wilson and Jason Sudeikis) whose wives (Jenna Fischer and Christina Applegate) give them a “hall pass”—one week of freedom, no questions asked. At first, the men are excited and ready for what they assume is going to be the best week of their lives. But then they realize being single (at their age) isn’t exactly what they were expecting.

Want to see an action-thriller? Limitless comes out on March 18, starring Bradley Cooper, Abbie Cornish, and Robert De Niro. Eddie (Cooper), an unemployed writer, is dumped by his girlfriend and seeks help from his friend in pharmaceuticals, who introduces him to a drug guaranteed to make him more focussed and confident. Once Eddie starts taking the drug, he is able to remember and organize everything he’s ever read, seen, or heard. He rises to the top of the financial world and catches the attention of a businessman who sees Eddie’s potential to make him billions. But when Eddie’s supply of the drug starts to dwindle and he begins experiencing the side effects, he must try and keep his superpowers in order to fulfill his new destiny while evading the killers who are trying to steal the drug.

Set for release on February 18, the drama/thiller Unknown, starring Liam Neeson, January Jones, Diane Kruger, and Frank Langella, depicts a man who wakes up from a coma after an accident, only to discover that someone has taken his identity. When he goes to the people he knew, including his wife, no one believes him. Someone has taken his place and this stranger is living Martin’s life before his very eyes. With the help of a young woman, Martin must figure out who stole his identity and why they chose him.

So mark down the date of the movie you want to see and head out to the theatre in the coming weeks because nothing eases the stress of university like pretending it doesn’t exist for a couple hours!