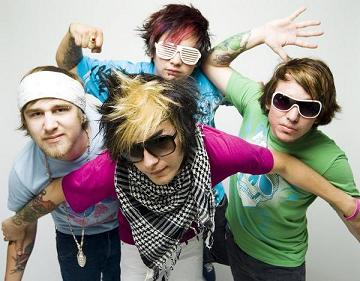 2008 was an especially harsh year.

Regretfully, not only will our epoch be remembered for the failing economy, skyrocketing gas prices, and the progression of “Joe the Plumber” from local handyman to warzone reporter, but for its terrible entertainment as well. There were flashes of brilliance, but it has been without question a rather unmemorable twelve months.

Regardless, we at The Medium feel that we shouldn’t have to wait for the nostalgic moments. Instead we have decided to compile what we think was the worst of 2008. 5) Mike Myers is funny to only Mike Myers. Which in itself is rather pitiful. Unfortunately the few who didn’t get the memo spent some of their hard earned dollars on what was possibly the worst film of the year, The Love Guru.

4) Who thought a low-budget remake of Knight Rider would be a good idea? The mentally-endowed people at NBC apparently.

3) Carrot Top is more frightening than ever with a botched plastic surgery and a diesed body. The jokes are the same.

2) Brokencyde releases “Freaxxx.” In other words, screamo meets crunk, and not in a way that tickles Rick Rubin’s fancy.
1) And of course, this: Heidi Montag – Overdosin

I’m not sure whether it’s amazing or trash. I guess only the sands of time will tell.