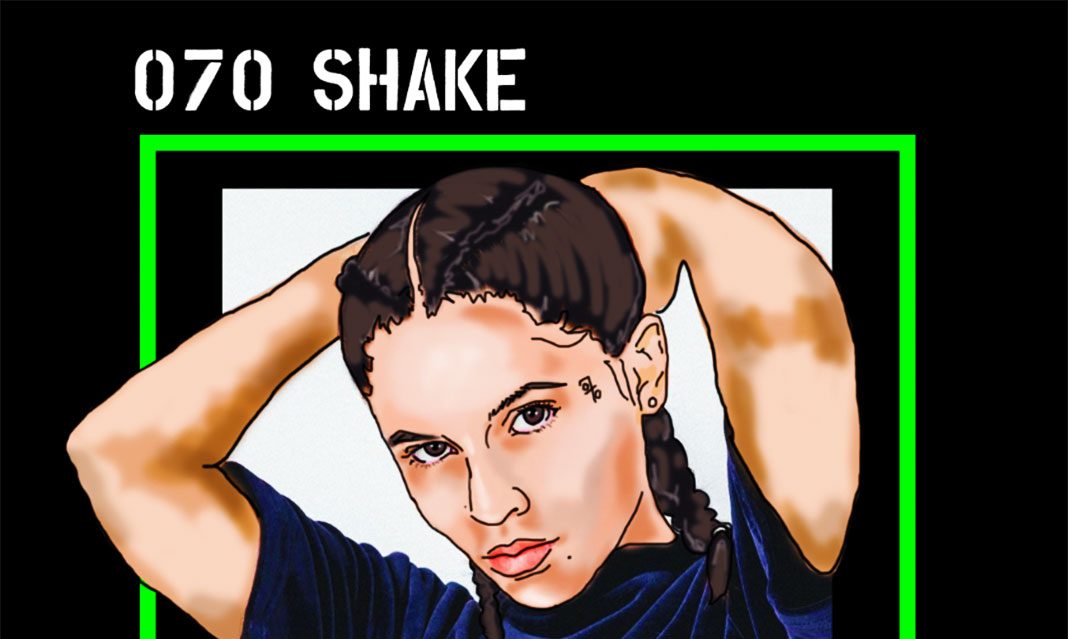 On January 17, hip hop artist 070 Shake, also known as Dani Moon, released her debut album MODUS VIVENDI. The name of the album comes from a Latin phrase for “way of life.” The Cambridge Dictionary defines MODUS VIVENDI as “an arrangement allowing people or groups of people who have different opinions or beliefs to work or live together.” That sounds to me like a positive, accepting notion to bring into 2020.

Despite starting her music career in 2015 and blowing up on Sound Cloud in 2016, 070 Shake gained the most attention in 2018 when she appeared as a guest in Kanye West’s album, Ye. Since then, she’s been featured in various other artist’s songs, and has released several impressive singles that have also brought attention to her older singles. Two of my favourites include “Bass for My Thoughts” which encourages you to “turn up the bass” and enjoy her music, and “Be Myself” which hypes you up to forget about the haters and be who you want to be.

After its release, 070 Shake shared instructions on her Facebook page on how MODUS VIVENDI should be heard. “I would like you guys to not just hear this album, but really listen! Isolate yourself if you have to, because it’s an experience, listening to a movie. I want you to allow yourself to visualize things. Create your own story. Direct your own movie to it, even if it never leaves your mind. It’s a sound of its own, created by us. Instead of going to everyone else’s world, I am creating my own world. It’s a manipulation of vibrations and frequency. I hope that more than anything you are able to understand and receive the love I stored inside it. Thank you!”

070 Shake knows she is unique. She knows her music is an experience. And she wants her listeners to feel it with her, in their own ways. Her instructions provide an opportunity for an interactive experience with music, where most of the time people just listen for background noise.

Each song in the album is different from the last. Some are slower and more reflective while others are more upbeat and in-your-face. An overarching theme among the tracks is a sense of daydreaming. 070 Shake’s voice is deep and eerie yet mesmerizing. The beats are addictive, combining hip-hop with ’80s synths. Her music is about the feeling, but her lyrics share her story and also leave you with something to think about: “And then I start to wonder … why can’t I feel it with another?”

There are plenty of gems on the album, including “Morrow”. The chorus is the highlight with 070 Shake singing: “I know it’s hard to swallow / I don’t know if I’ll be here tomorrow.” This track was released before the rest of the album and captured attention for its relatable feeling about the struggles of life: “I, only I can control, need to find, to decide / Why I’m alive, in the burn and the glow / ‘Til I learn how to flow with the highs and the lows.”

In the YouTube video for “Guilty Conscious”, 070 Shake starts with a note about the song’s message: “Although I’m not a boy, I wanted to display a boy being broken. How he manages his sadness when he is not allowed to cry. From young, a boy must create a shell that protects him from his own emotions. But when that shell cracks, it creates an intense amount of vulnerability where the boy must replace the shell with actions that make him seem as if the shell never broke. He replaces this shell with ego, desire and pride.” This statement shows how 070 Shake moves beyond simply creating music and takes a step further by making a comment about society.

MODUS VIVENDI is an original, creative, modern sound that I highly recommend experiencing. 070 Shake allows herself to be vulnerable and encourages you to “create your own story” as she shares her own.