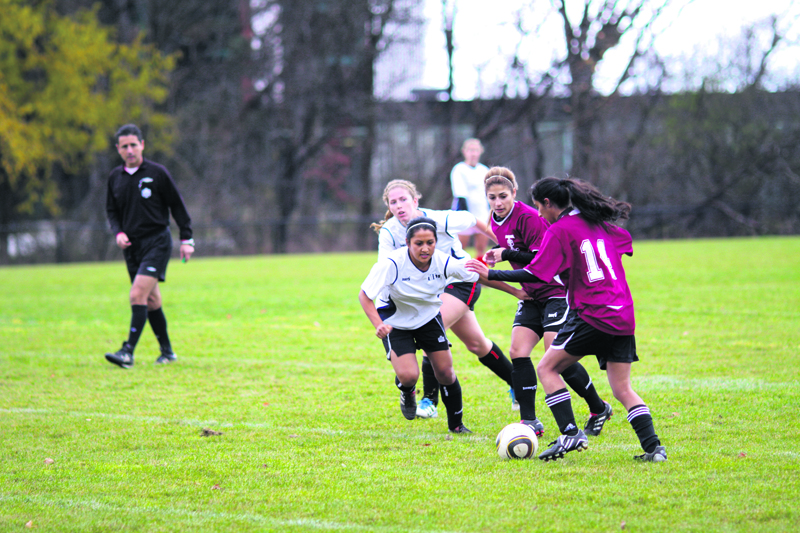 On Sunday afternoon, UTM and UTSC faced off for the Women’s Tri-Campus soccer playoff finals at the North Field. In frigid temperatures, UTSC maintained possession for most of the first half and came close to a goal early on when the ball bounced off the crossbar.

After a second half filled with deadlock, the game went into overtime, since the final score at the end of regulation time was 0–0. UTSC eventually beat out UTM 4–3 in penalty kicks and celebrated their championship win.