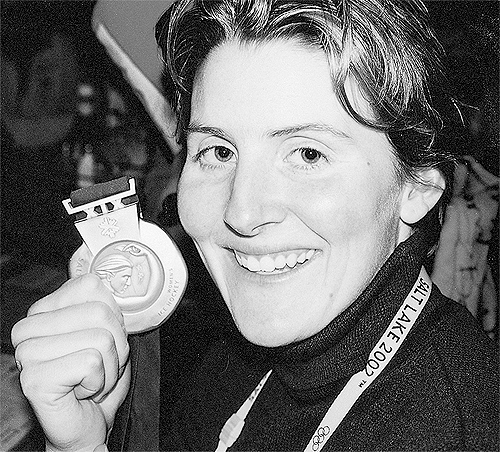 In Women’s Hockey, only one or two teams seem to dominate the field. Either Canada or Team USA has won the World Championships every year since their debut in 1990. The U.S. has won three of the last four competitions, breaking Canada’s 14-year reign as the undisputed queens of hockey.

As seen earlier this week at the Winter Olympics, Canada humiliated Slovakia on day one, winning 18-0, and crushed Switzerland 10-1 on day three. Much like the Canadians, the Americans have celebrated a 12-1 triumph against China in their opening game. And on Tuesday, the U.S.

Olympic Women’s Ice Hockey Team made an Olympic record, scoring seven power-play goals and winning a 13-0 match over Russia in its second game of the Winter Olympics. Team USA improved with the win and secured a spot in the tournament’s semifinal round.

The amount of goals scored in each of these victories is not uncommon. During qualifications, Slovakia beat Bulgaria 82-0.
The lack of competition among women’s hockey is creating controversial views on whether to keep Women’s Hockey as an Olympic sport or ban it, as it is mostly only being dominated by the same two countries.

Such undisputed domination is not surprising, given how popular hockey is in Canada and the US. Both countries share similar cultural views in encouraging young girls and boys to play hockey competitively at a young age. There are many hockey schools, professional coaches and leagues where kids of all ages can practice and play competitively all year long. Contrast this with many countries where hockey is not a cultural or a popular sport. In these nations, there’s simply not enough interest to start businesses that teach children to play hockey at a competitive level.

It will thus be very difficult for Canada and the US to see a tougher competitor at the Winter Olympics then Sweden. Sweden did manage to shock the women’s hockey world in the 2006 Turin Olympics when it beat the heavily favorite USA squad  3-2 in the semi-finals. Sweden also began the 2010 Vancouver Games with a 3-0 victory over Switzerland. But these were short-lived victories. On February 17, Canada triumphed over Sweden 13-1, making the Swedes’ infamous victory in the 2006 Olympics seem a fluke.

Given this story as well as the embarrassing blowouts at the Vancouver Games, one assumption is that Canada and Team USA will once again compete for the gold. Another assumption is that Women’s Ice Hockey may share the fate of Women’s Softball, which was banned from the Summer Olympics.

“I get uncomfortable when the score gets too lopsided,” says Mark Johnson, the U.S. Olympic Women’s Hockey coach. “I’ve been on the other end of that too many times. It can be a difficult balancing act. You certainly want to respect your opponent and the hard work they did to get here.”

This is perhaps why Canada and the U.S. have begun to shift their playing techniques every time they have an increasing goal lead over their opponent. Instead of shooting the puck constantly, they attempt to simply clear it from the goal area. This prompted Hayley Wickenheiser from Team Canada to say, “No apologies when you win. We work way too hard to come here and dump the puck in and sit back in a trap.”
Indeed, when key players are benched, they may feel like they were punished for playing well. This amounts to holding players back from the best of their capabilities. It can also seem an insult to the challenging team.

With the lack of competition among women’s hockey, even fans are wondering if it should continue to be an Olympic sport. Some feel that the excitements of the sport is gone when a team crushes its opponents by a ten plus goal lead, rendering the game predictable.

“It’s sad when these teams work really hard to get to the Olympics, only to be humiliated by a dominating team like Canada or the U.S.,” says Ana Maria Kudeljanjak, a UTM fourth-year humanities student and a hockey fan.

When viewers watch these games, whereby without equal skill among the national teams, should Women’s Hockey still be a competitive sport at the Olympic Games?