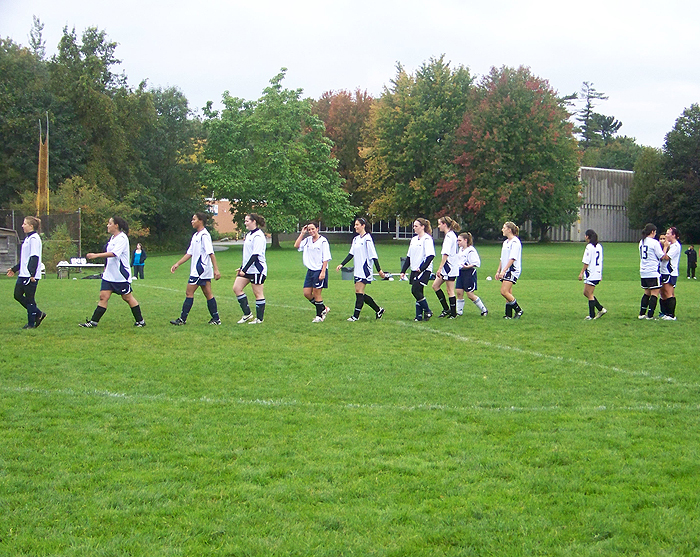 No one enjoys wasting time. Forfeited games for intramurals at U of T may count as a win on the scoreboard, but for players and coaches, they are nothing but a waste of time. Time, and energy

Its frustrating, and a huge disruptor for time management, said Michael Van, who coached intramurals for the past four years. Time spent traveling and finding out there is a default wastes a lot of studying, work and practice time.
Just this past week, mens division 1 volleyball received a win for a game that was forfeited by New College when the New team didnt show up.

A win is a win, but lets face it; the players are on the team to play, not get free wins, said Neil Sehra, who played UTM division 1 basketball and flag football from 2003-2008, Sehra, a first-time coach this year, remembered traveling from Mississauga to Toronto only to find out the game was forfeited. Team morale sucked when another team forfeited a game to us, said Sehra.

We would try and use the gym time as a workout, but it really took away the trust we had in U of T intramurals.

So how does first-hand experience compare to the rules that govern intramurals?

According to the Defaults and Forfeits section of the U of T Intramurals Handbook, A team that notifies the Program Office at least 48 hours before a scheduled game that it will be unable to field enough players will not be penalized.

The Handbook, however, fails to mention a penalty for simple lack of communication—a problem that Gen Maltais ran into this past weekend.

U of T at St. George lacks organization. My team was supposed to play [last] Saturday. I happened to look online and noticed the team we were going to play defaulted all their previous games, so I contacted St. George. If I didnt look online, I would have never known, and no one would have told me that [the team] was going to forfeit, said Maltais, who coached womens flag football for two years and has played intramural basketball, flag football, soccer, lacrosse and hockey.

Maltais added that she asks all of her players to confirm their attendance for game days. If she doesnt have enough players, she contacts the league ahead of time.

UTM coach Jennifer Chapman follows the same courteous guidelines as Maltais. Her womens ice hockey team had to forfeit a 2008-09 season game. We called ahead within the 48-hour period to give the team we were playing advanced notice, said Chapman, We werent going to have enough players to play even if we had shown up.

Apparently, only UTM coaches bothered to read the rules.

In addition to the 48-hour rule, the Handbook also says:

Maltais has lost faith in the Handbook upkeep. If your team defaults the first game, or at least two games during the season, youre supposed to get kicked out of the league, to give your place to another faculty who are waiting to play. The intramural organization doesnt always apply this rule [to the forfeiting teams].

To regain UTM coaches and players trust, some believe that the organization should introduce new rules.

Some type of fine system to discourage teams from not showing up or providing enough notice, said division 2 womens basketball team coach Michael Van. $10 per game, with the donations going towards the winning team.

If the downtown teams communicated more regularly with their teams, then it might eliminate the number of times UTM travels downtown — only to find out that there is no game. It UTM can let the other teams know when we are unable to come, then the downtown teams can show us the same consideration, Chapman added.

Coach Van usually finds out his teams game has been forfeited when the default buzzer sounds. Some players give away work shifts to show up to a forfeited game, Van said. All the other team had to do was to provide notice to their opponents. For some reason, common courtesy seems to be ignored. And if theyre ignoring it, these [hypothesized] fines should catch their attention!

If U of T intramurals are to be taken seriously, significant changes must be made to maintain student teams participations.