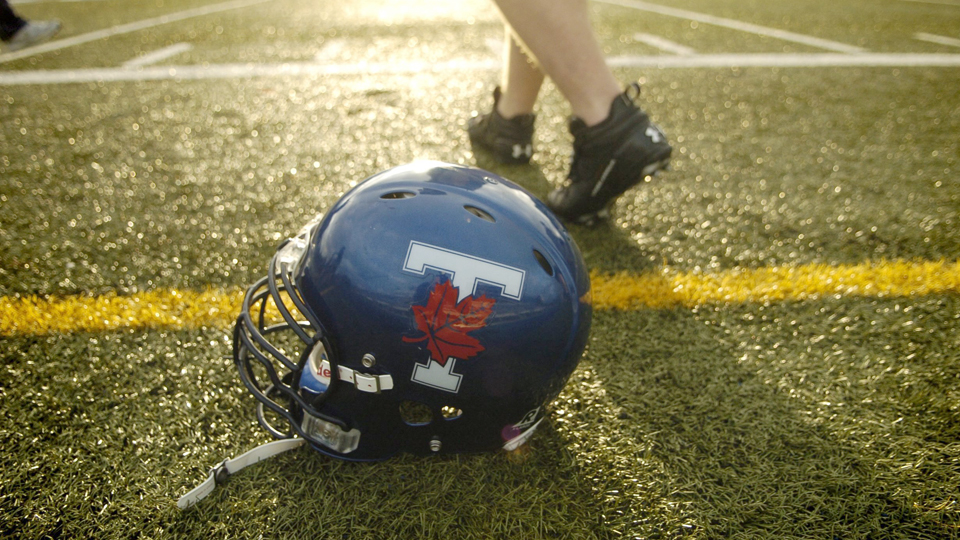 March marks the end of all Varsity Blues sports programs at U of T until their fall return. Sadly, many students likely aren’t concerned. And why should they be? For years Varsity sports has suffered from being underfunded and under-supported.

U of T isn’t known as a sports powerhouse. Most teams who’ve worn the blue and white over the years have had trouble finding success in the OUA, and if you scour the history of hockey, one of U of T’s most popular sports at the Varsity level, you’ll find that the last time we won the CIS championship was in 1984. We’ve spent the past six seasons hovering around the .500 mark, swiftly exiting in the first round of the playoffs when we make them. Surprisingly, hockey is one of the better-funded sports at U of T, yet the program is still incapable of establishing a tradition of winning. Although all our varsity programs have been gradually trending in the right direction, they still have quite a way to go. With hockey at the top of U of T athletics’ funding hierarchy, it’s safe to say that the majority of Varsity sports aren’t receiving the support they deserve—and not just financially.

Football is a prime example. Varsity Blues football has been a disappointment to the U of T brand, turning in consistently abysmal performances, at one point going five seasons in a row without a win. Although Blues football has taken some positive strides in improving the program this school year, earning a 4-4 record for the first time since 1993, the student athletes aren’t getting very much respect. The athletes say Varsity football players are required to pay $500 a year to assist in funding the football program, while U of T pays coaches salaries in excess of $100,000. For students already paying their way through school, a fee to play on a team they’ve earned a spot on seems a bit much. Yet in U of T’s hierarchy, football seems unimportant, and the team is forced to self-govern in order to continue competing.

“The only perk I receive is playing the game I love, and a few free meals and a free dorm room during training camp,” says second-year Blues kicker Eric Hewitson, the leading scorer on the team. Hewitson was ineligible to receive a football scholarship because he’s the kicker, but can receive a grant if he maintains a 2.5 GPA. OUA athletes qualify to receive a maximum annual $4,000 scholarship to play at the Varsity level. The scholarships aren’t as much of a problem for athletes as is self-governance.

Varsity athletics has found some interesting ways to help with funding. The Adopt-a-Blue program allows donors to support a team in everything from equipment and road meals to training. Of course, teams that are less mainstream are not often adopted and receive less funding.

U of T’s looking to rectify this in the coming years after completing the final phase of their new sports model. This summer, the Faculty of Kinesiology and Physical Education will complete its third and final phase of a new intercollegiate sport model that it hopes will change the culture of sports at U of T. The model will provide athletes at the Varsity level—in what it refers to as the “university division”—the resources to compete nationally and provincially in the OUA and CIS.

It’s always useful to track the funding, too. According to a budget plan from the athletics department, intercollegiate athletics and “program business” are the two biggest expenses, both at about $3,600,000. The university will be also spending $2,620,000 on administrative services, $879,000 on development and alumni affairs, and $501,000 on communications, compared to $288,000 on intramurals and $215,000 on instruction—both of which are often involved in the journey to competing at a higher level.

In terms of financial support, the model proposes league and playoff competition funding for 10 varsity sports teams and support for alumni and recruitment. In addition to funding, the university is in the process of completing the Goldring Centre for High Performance Sports for the 2015 Pan Am Games, which will be an extension of the current Varsity Centre. All of these improvements are made in hopes of attracting and retaining more student athletes. A description of phase one of the model says, “A small number of programs will be identified as having the greatest potential to enhance campus spirit and school pride, generate additional revenue, and enhance the intercollegiate program’s marketing initiative.” Although the plan’s vague wording doesn’t mean much until it’s put into effect, it’s refreshing to see that U of T’s finally interested in fixing an issue they’ve struggled with for many years.

Meanwhile, with the NCAA March Madness tournament underway, what better time to be enthralled by the world of college sport? The level of competition at American colleges and universities is far superior to anything at Canadian universities, so far. The unfortunate truth is that many of Canada’s top student athletes in sports like football and basketball dream about playing professionally—something not quite possible in Canada outside of hockey. The overall incentive to play at the university level isn’t as enticing in Canada as it is in the States.

UTM’s Manny Sahota knows what it’s like to play at the university level in Canada and the U.S., having played on the Cornell University Big Red basketball team in 2011/12 before returning to Toronto to play on the Varsity Blues. Sahota thinks funding and media coverage is what differentiates these two markets more than anything. “A lot of the [universities] in America bring in huge sums of money; the NCAA is a multi-billion-dollar industry. While Canada’s getting better with covering athletes and CIS games, our networks come nowhere close to ESPN and the amount of coverage American schools get.” This is evident right now as Canada’s biggest sports network, TSN, is giving extensive all-day coverage to the NCAA while Canadian university sports receive rarely any coverage throughout the year.

The sponsorships these college teams receive from large corporations are one of the driving forces that give the NCAA its edge over the formal competition in Canadian universities. And although U of T’s model will try to instill some school spirit, there’s little chance that we can outmatch the support student athletes at American universities receive from their peers. The infectious sense of community that gives these students school pride is painfully lacking at U of T and at many universities throughout Canada, and the dwindling attendance at Varsity games is a sign that a change is needed. “I think that as a whole, the American university culture is much more fan-based,” says Michael DeGiorgio, assistant coach of the Varsity Blues men’s basketball team. DeGiorgio thinks Canada’s improved in how it markets athletes, but sees the American market as more appealling. “We don’t have our best players staying home to play in the CIS.  That takes the appeal of watching our game away,” he says. Though DeGiorgio agrees there’s a long way to go before Canadian universities can get close to the NCAA level, he thinks introducing more scholarships would attract more homegrown and overseas talent.

The attendance issue isn’t exclusive to basketball. Varsity Blues men’s hockey goalie Brett Willows has seen low attendance throughout his tenure with the team. “Being a primarily academic[s]-focused school, I understand that sports aren’t a big priority for the school body,” says Willows, who adds that social networking isn’t effective for getting an audience outside of student athletes to attend games.

There’s a long way to go before U of T can tout its sports programs as comparable to other Canadian universities like Western or Queens, but the Faculty of KPE seems enthusiastic to roll out this new model and write another chapter in its athletic history. The plan won’t be complete until the fall, when students will see if these initiatives really alter the fabric of varsity sports, or if it’s yet another ruse.