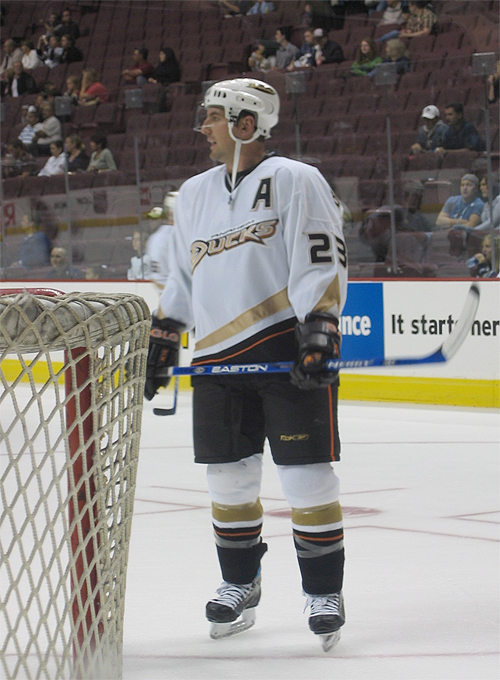 Four years without post-season hockey for Leaf Nation is tough to take. But with an off-season full of gritty acquisitions and most importantly, optimism, it seems Brian Burke and co. has not only made the Maple Leafs better, but bolder as well.

A decline in success and fortune had long been in the cards for the Toronto Maple Leafs during the 2008/2009 season. As they went on to win their first game of the season away to Detroit at the Joe Louis Arena, many in the Leaf Nation thought that maybe, for just a second, this could be the year. But once again optimism turned to pessimism as the Maple Leafs crashed out of the playoff race and finished on the outside looking in.

As another free-agent frenzy came and went, Burke and co. ensured the fans that change would be imminent. With his first full season as GM now underway, Burke has left his mark. The hard-nosed style he brings to the boardroom has been transported into an on-ice product. Tough and truculent has become the new ethos of a team desperate to rid themselves of the playoff curse. Francois Beauchermin was one of Burkes main acquisitions this summer. wikimedia.org

Our goal is to make the playoffs next year; we’re going to have to make some changes to do it. We’re going to be a different team, Burke said this summer.
A glimpse at the Leafs roster after a busy offseason will illustrate a trend. While many may be quick to harp on the Leafs lack of offensive firepower, the truth is that offense was never really the issue. The issue turned out to be the lack of defensive cover for one of the many goalies thrown into the mix by Coach Ron Wilson.

Whether it was Vesa Toskala, Curtis Joseph, Justin Pogge or Martin Gerber, there was only so much these goalies could do as the last line of defence. After finishing the season with a measly 81 points, their lowest point total since the post-lockout era, it was time for the team to undergo a wholesale change.
Gone is defenseman Pavel Kubina, who was shipped to the Atlanta Thrashers in exchange for Garnet Exelby and Colin Stuart (who was later traded to the Calgary Flames). But even while Burke was active on the trade front, his biggest moves were made via free agency. Added to a blue line already bolstering the likes of standout rookie Luke Schenn and Tomas Kaberle, the addition of former Montreal Canadien Mike Komisarek and former Anaheim Duck Francois Beauchemin give the leafs a bolder, tougher and grittier look. Upfront, the addition of former New York Ranger Colton Orr ensures that the offense will be well protected.

I like a lot of hitting. I like a lot of fighting. We have a passive group. All year long, when a trainer was on the ice – it was always our trainer — that really bothered me. It will be a more hostile group in the fall, said Burke.

Just as the Burke rebuild begins to take shape, it is important to remember that Rome was not built in a day. And with a more hostile group ready and willing to fight for their place among the NHLs elite, hope and patience is needed across Leaf Nation if the Maple Leafs want to re-live the glory days of past eras.