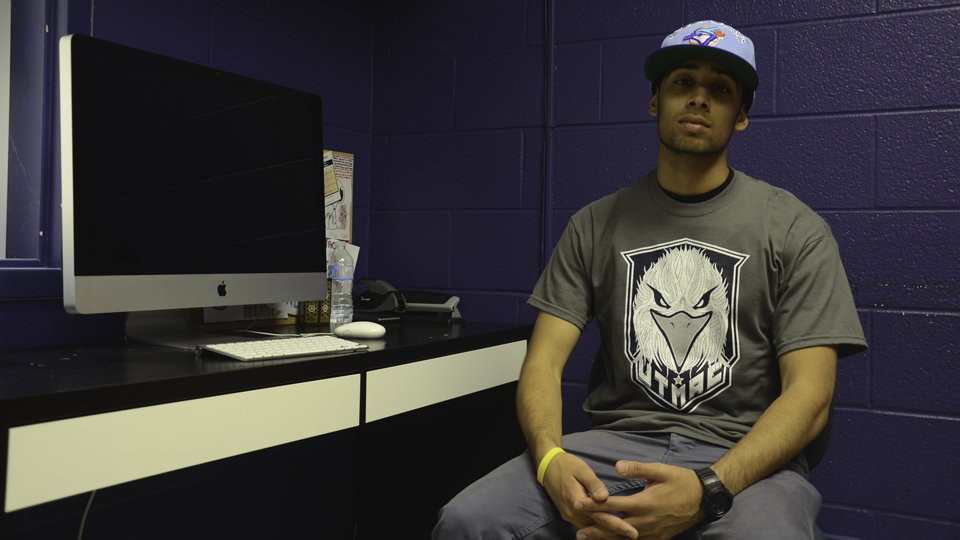 The UTM student body had the opportunity to elect a new president for the UTM Athletic Council last March. By an ever-so-slight margin of 32 votes, Adam Niaz, who seemed like an innovative candidate with an experienced team, beat the competition.

Fast-forward five months, and Niaz is now ready to put his ideas into action. He assures students that his experience makes him more than certified for this position.

“Last year I worked as an associate [at UTMAC],” he says. “And that experience and mentorship from the executives helped prepare me for this upcoming year, and it’s already shown.”

As for his science background, he says he’s interested in both the mental and physical aspects of sports, and one day hopes to pursue a career in sports science.

Coming away from a very successful day of the UTMAC Frosh, Niaz hopes he can maintain that energy throughout the year. He says he’s aware of his duty as president, and plans on fulfilling the promises he made during his campaign.

“Our job is to give back to the students,” he says. “I’m trying to give students here at UTM the best possible experience they could possibly get through athletics, through recreation, through healthy living.”

Whether you’re an athlete or a fan, this year he seems to have a lot in store for the UTM student body, first-year students in particular, and he can’t wait to get started.

“We’re trying to improve the intramural program to show athletes some support through a better fan experience, so that we can motivate them to work harder,” he says. By giving athletes more recognition and putting highlight reels of their performances on an upcoming UTMAC website redesign, Niaz and his UTMAC team feel they can give the athletes the exposure they deserve.

He also plans on improving awareness of the importance of safety in sports, especially regarding concussions and avoiding the many physical and mental dangers that threaten athletes. But his work doesn’t stop there.

“Get ready. There’s a lot more coming,” he says. One of the things he has planned, he says, is making Health Week “bigger than before”. He also says he’s looking forward to this year’s UTM Charity Week.

His other plans include collaborating with the RAWC to bring a seasonal ice rink to UTM. “Between classes you could have a skate,” he says. “We would like to set up some hockey drills as well.”

Besides the events on campus, Niaz and UTMAC are planning a few outings to sports events for UTM students in the near future. For example, they have tickets to a Buffalo Bills game on Sunday, September 30 at the Ralph Wilson Stadium in Buffalo against the New England Patriots. There are also two outings to the Air Canada Centre for Toronto Raptors games this season, and a possible visit to our campus’ good friends, the Toronto Argonauts.

As he gets the ball rolling, Adam is confident in himself and his team to bring about the best year UTMAC has ever had.

“This is the best possible team that could have been assembled,” he says. “Our plan is to wow you!”