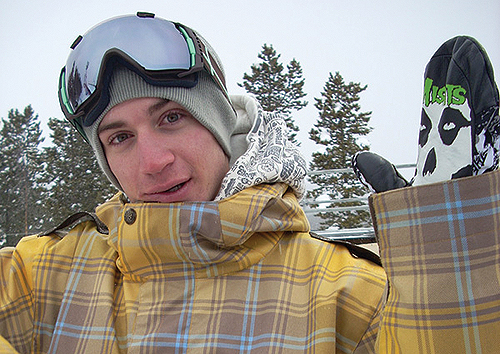 While several large mishaps took place during the Games (from the malfunctioning Olympic Flame cauldron to chain-mesh enclosure surrounding the outdoor Olympic fire), these were not as controversial as other unsavoury, yet lesser-known peccadilloes of the Vancouver Olympics.

Emergency Condom Shipment:
The athletes that participate in the Olympics are some of the most potent individuals on the planet—they are in the best shape of their lives and have aggressive instincts, which is why they’re so competitive.
These athletes are housed in one giant complex (the Olympic Village) where no one else is allowed into. It is freezing cold outside. How are they expected to stay warm?
Since the 1992 Barcelona games, the host country has taken the initiative to distribute condoms to all the athletes and officials who participate at the games (about 7,000 this year). With an original stock of 100,000 condoms, this meant that there were around 14 condoms per person, including females.
But as event organizers discovered, supplies were running low by the end of the games and the Canadian Foundation for AIDS Research had to step in and send an emergency shipment. This was the first condom shortage at an Olympic Games.

Toronto Maple Leaf jailed for night:
Followers of the Toronto Maple Leafs are probably aware that Mikhail Grabovski is not the most sportsmanlike player—on or off the ice.
Vancouver locals got a taste of his antics during the games when Grabovski was arrested and jailed after a 2 a.m. street fight. Grabovski, who came to the Olympics to cheer on the Belarusian men’s hockey team (he couldn’t play due to an injury), was later released to the custody of his parents.

Bobsledder arrested for attacking fiancée:
American bobsledder Bill Schuffenhauer was arrested by the RCMP after an argument with his fiancée. According to a news release, the RCMP are recommending charges of assault and of uttering threats.
Schuffenhauer will appear in court in Vancouver on April 21.

Canadian women’s hockey team party hard:
The Canadian women’s hockey team stirred some controversy after their gold-medal win at the Olympics. An hour after beating the United States 2-0, the team stormed back onto the ice and celebrated with champagne, beers and cigars. One player tried to drive the ice-resurfacing machine. At the time, several of the players were below the legal drinking age.
The IOC condemned this exuberant display, and the team later apologized.

American Snowboarder leaves Olympics after racy photo:
American snowboarder Scotty Lago, who won a bronze in the men’s halfpipe competition, left the Olympic Games voluntarily after a racy photo of him surfaced. The photo in question featured a woman kneeling by Lago’s waist to kiss the bronze medal.