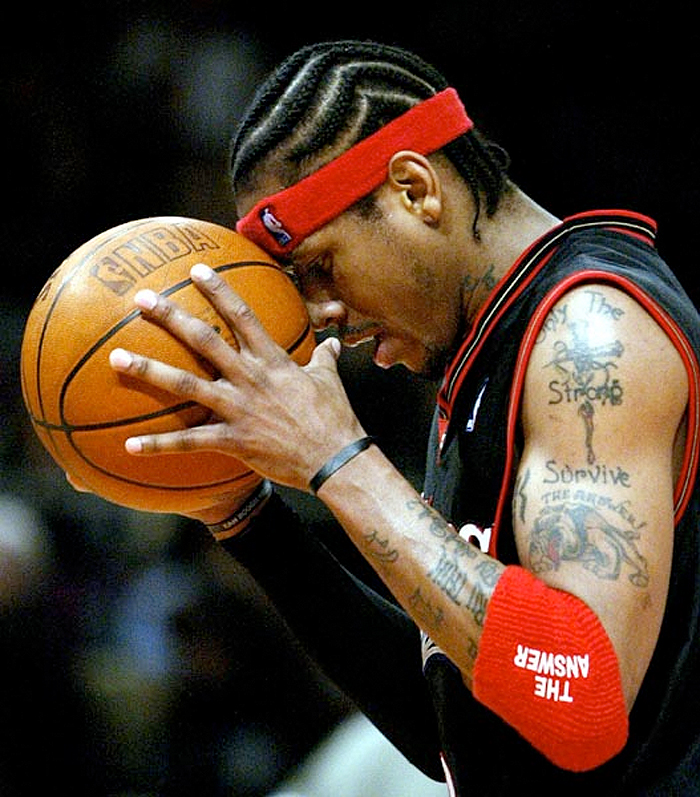 For a decade, Allen Iverson was the cornrowed king in Philadelphia. The hopes and dreams of a fledging franchise were seemingly answered when they drafted the Georgetown product first overall in the 1996 NBA Draft.

The fans and team did not have to wait long for The Answer to prove his worth, who went on to establish himself as one of the NBAs elite. With a myriad of accolades from NBA MVP in 2001, or his 4-time NBA Scoring Championship, or even his ten time all-star appearances, Iverson was considered a sure-fire hall of famer. But now, after a less than stellar seasons split between Denver and Detroit and a less than accepting bench role with the only team—the Memphis Grizzlies— who would give the former NBA Rookie of the Year a chance during free-agency, it seems as though Iverson is all out of answers and is contemplating retirement at 34 years of age.

But while his indefinite leave continues to be pondered, debated and discussed all over, it is his charismatic persona which defines the Hampton, Virginia native. From his neck tattoos, to his ghetto attitude, Iversons controversial figure off the court is contrasted to his super-human like ability on it. The crossovers, the undeniable talent and the ability to make opposing defenders weary of his next move were all trademarks of the six-foot point guard. But now, with his impact diminishing and the man himself not being overly acceptable of his minimal role off the bench, it seems as though the charismatic persona which has defined Iverson throughout his career will be his biggest and final downfall as a once revered NBA superstar.

Hes scored 27,000 points, averaged 27 points a game, played 14 years, been a 10-time all-star, all that stuff, and to be treated the way he was treated in free agency probably hurt. Im sure it would hurt anyone, said Memphis coach Lionel Hollins.
But while his lack of free agent interest failed to garner many suitors, his off-court attitude and controversial, outspoken comments were to blame. From bust-ups with legendary coach Larry Brown to his war of words with NBA Commissioner David Stern regarding the leagues dress code, Iversons stock seemed to plummet.

Just because you put a guy in a tuxedo, it doesnt mean hes a good guy, Iverson said.

Iversons adamant objection to the rule came as nothing new. For a player who became the poster-boy for the hip-hop era in the NBA, a dress code would seemingly gut Iverson of his persona, his character and ultimately his patience with the league who made him a household name.

But while fans continue to ask the will he or wont he retire question, the Memphis Grizzlies seem to have already turned the page on their brief but tumultuous relationship with the one-time savior in Philadelphia. While the team continues to be in limbo over Iverson and his absence, they have moved on, signing former Indiana Pacers guard Jamaal Tinsley.

This signing had nothing to do with the Iverson situation, said Grizzlies general manager Chris Wallace. We had an open roster spot and felt Jamaal was the best player we could sign.

But while the Grizzlies like to admit or not, the signing of Tinsley seems to be the end of the line for Iverson.
After 14 years in the league, Iversons legacy seems to be more negative than positive. From lifting the hopes in the City of Brotherly Love to becoming an outcast in the league which made him a star, The Answer is now anything but that.