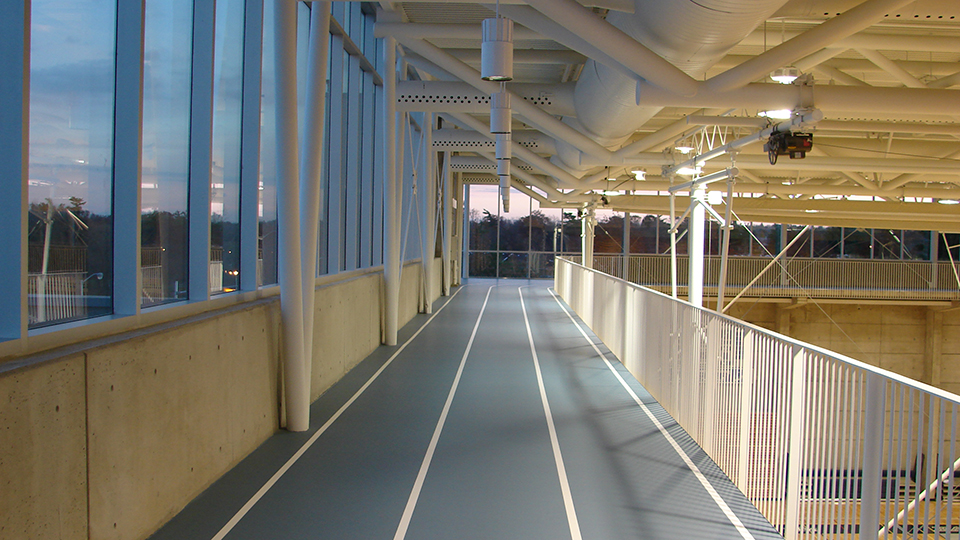 The RAWC reports that UTM’s campus rec program set an all-time high in participation this year, with an overall total of 149 teams competing and an average of 10 players per team. That means roughly 1,500 students took part in sports facilitated by the RAWC.

There were 22 league champions in sports such as coed soccer, coed volleyball, men’s indoor soccer, ball hockey, indoor cricket, outdoor soccer and basketball. The program coordinator, Jack Krist, reports a record high number of employed campus rec staff, including student officials, timer, scorers, and league commissioners. Krist hopes to see the program expand next year to include more teams in the coed ultimate frisbee and basketball leagues. The men’s outdoor soccer league is only in its second year, but with the popularity of soccer growing on campus, students should expect the league to grow.

In the intramural program, 31 teams represented UTM as the UTM Eagles. Of the 28 men’s and women’s teams and three coed teams, UTM had three league champions: the Div 2 coed ultimate frisbee in the fall, women’s Div 2 volleyball in the winter, and men’s tri-campus soccer in the fall. Only 12 of the 31 teams failed to make the playoffs, and a number of teams made their league finals, including the tri-campus men’s hockey and Div 1 men’s basketball teams.

“For next year I would like to see more players come out for these UTM intramural teams,” says Krist. “Many players who have played in community leagues, high school, or rep are not coming out and they could really help out our teams.”

Other programs at UTM this year saw fluctuating numbers, including the new Sneaker Squad by MoveU. The Sneaker Squad started in the fall with an avid group of followers. After the winter break, the Squad decided to change the days and times to suit students’ busy schedules. “We’ve seen our attendance drop,” says facilitator Madeleine Brown. “We’ve also had problems with the wicked weather we’ve experienced over the past few months.” Even so, Sneaker Squad held two workshops this semester: one on preparing for walks and runs and one with the Running Room on their services. They also participated in the MoveU Motivator, kicked off the Learn to Run program, and will participate in the Health and Counselling Centre’s Exam Jam this month.

UTM’s Quidditch Club has found success in its first year, participating in the Winterglade Tournament hosted by UTSC and in tournaments at McMaster against teams from all across Ontario. The club plans to have more games with other GTA teams (York, Ryerson, UTSC, UTSG, etc.) and start an extramural league.

Andjela Ocicek was the president of the UTM Athletic Council this year and hopes to be re-elected. Attendance has been a high priority; the UTM sport community has grown enormously in the past few years, and the men’s division 1 final between UTM and Rotman had a record number in attendance. “However, we’re still struggling to have people come out to sporting events other than basketball, especially to away games. It’s really challenging to convince people to travel with teams playing downtown or Scarborough campus, even when we give out free gift cards, t-shirts, and other memorabilia. And I completely understand—taking out four hours of the day to commute and watch a game is too much to ask from a university student,” says Ocicek.

She also believes UTM could host more games if it invested more in its athletic facilities. Most games, she says, are cancelled or rescheduled and moved to St. George because of the maintenance requirements of our fields. “Each time it rains, the fields get closed down,” she says. “We simply can’t predict weather that far ahead.” She would like to see a covered turf field like St. George has, allowing outdoor activities regardless of the weather and reducing the strain on gym bookings.

Ocicek and the council ended the year with their Athletic Banquet on Thursday, for which they sold over 550 tickets.