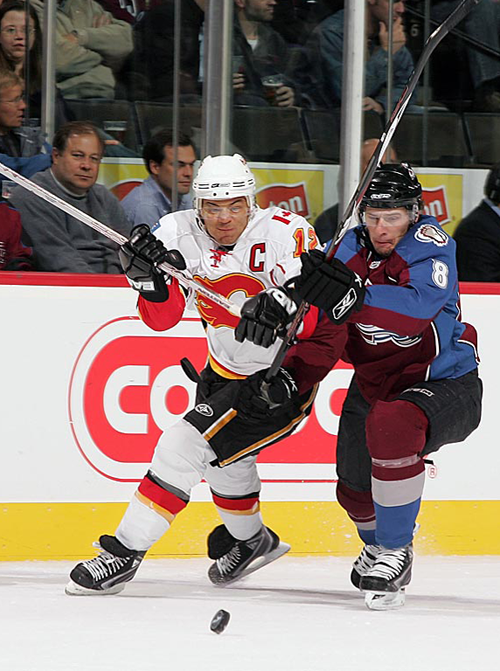 On March 3, the NHL trade deadline day set an NHL record for the most transactions ever made in one day. It ended with 31 trades made and involved 55 players and 25 draft picks. It also disappointed hockey fans, as no big names swapped teams.
The Medium recaps the best and the worst transactions of the 2010 trade deadline:

The Good:
One of the biggest names to be traded was Carolina Hurricane defensemen Joe Corvo, who was shipped over to Washington to add depth to their defensive core. In return, Carolina acquired Brian Pothier, Oskar Osala and a second round pick. This trade will help Mike Green tally the points in the playoffs and prove to help the goaltenders in Washington.
Not only did the Washington Capitals add depth on defence, but they also improved their size and strength on offence with the additions of Scott Walker and Eric Belanger. When the Caps roll into the playoffs, these players will add both physicality and veteran leadership. The trades will greatly improve Washington’s chances of winning the Stanley Cup. For proof, fans need only refer to the Capitals game on Thursday night, when Scott Walker scored two goals, including the game-winner in the third period, in his first game in a Capital uniform.
Phoenix has been an unexpected playoff contender this year, and were very active at the deadline as they tried to solidify their existence in the NHL and put together a successful playoff run. They added scoring depth by picking up sniper Wojtek Wolski from Colorado for Peter Mueller and Kevin Porter. Scoring 18 goals so far this season, Wolski will prove to be an offensive force, especially if the Coyotes make the playoffs.
Another forward they added was Lee Stempniak, formerly with the Maple Leafs. He may have been a flop in Toronto, but Phoenix management believes a change of scenery will do the NHL veteran well, especially considering he will now be surrounded by a more talented crop of players.
Not only did they address their scoring blunders, but Phoenix also added veteran defenseman Mathieu Schneider to solidify their blue line. The two-time All-Star has tons of playoff experience and possesses the grit and determination needed to win a Stanley Cup. Expect the Coyotes to surprise critics if they manage to make the playoffs.
L.A. made a small deal picking up Jeff Halpern. Known for being a tremendous penalty killer, the 33-year-old will help the young and inexperienced squad in the playoffs. If goaltender Jonathan Quick plays well, the Kings could be an unstoppable force come playoff time.

The Bad:
The goal for the Vancouver Canucks this year was to make a push for the Stanley Cup. The deadline did not prove to be exceptional for them, as their only addition was Andrew Alberts on defence. With Canucks defensemen Willie Mitchell and Kevin Bieksa out due to injuries, Alberts certainly won’t be able to fill the void. They also added Yan Stastny, but he is not a top-six forward by any means, so their offensive skill essentially stayed the same.
The Boston Bruins desperately needed a high scorer to fill the void left by the Phil Kessel departure in the offseason. Unfortunately, they were unable to acquire a top forward during the trade deadline. They did acquire a solid defenseman in Dennis Seidenberg, but their goaltending has been shaky this year and they sit dead last in the league in scoring, averaging only 2.32 goals per game. This will prove to be detrimental to their playoff run.
The Chicago Blackhawks were relatively quiet on deadline day, which was a message from the management in the organization. They believe the team they have is the team that will take them to the Stanley Cup finals. However, goaltending has been an issue this year and will continue to be. The Blackhawks should have made a strong push for a true number one goalie and try to strike a deal with the Islanders for Martin Biron or Dwayne Roloson. Unfortunately, they did not and the Blackhawks goaltending could be their downfall come playoff time.

The verdict:
The ultimate winner of the overall trade deadline is the Washington Capitals. They are in first in the East and still made trades to improve their team by addressing all of their needs. Expect them to be in the finals this year. If they play the way they are capable of, they could be the next Stanley Cup champions.