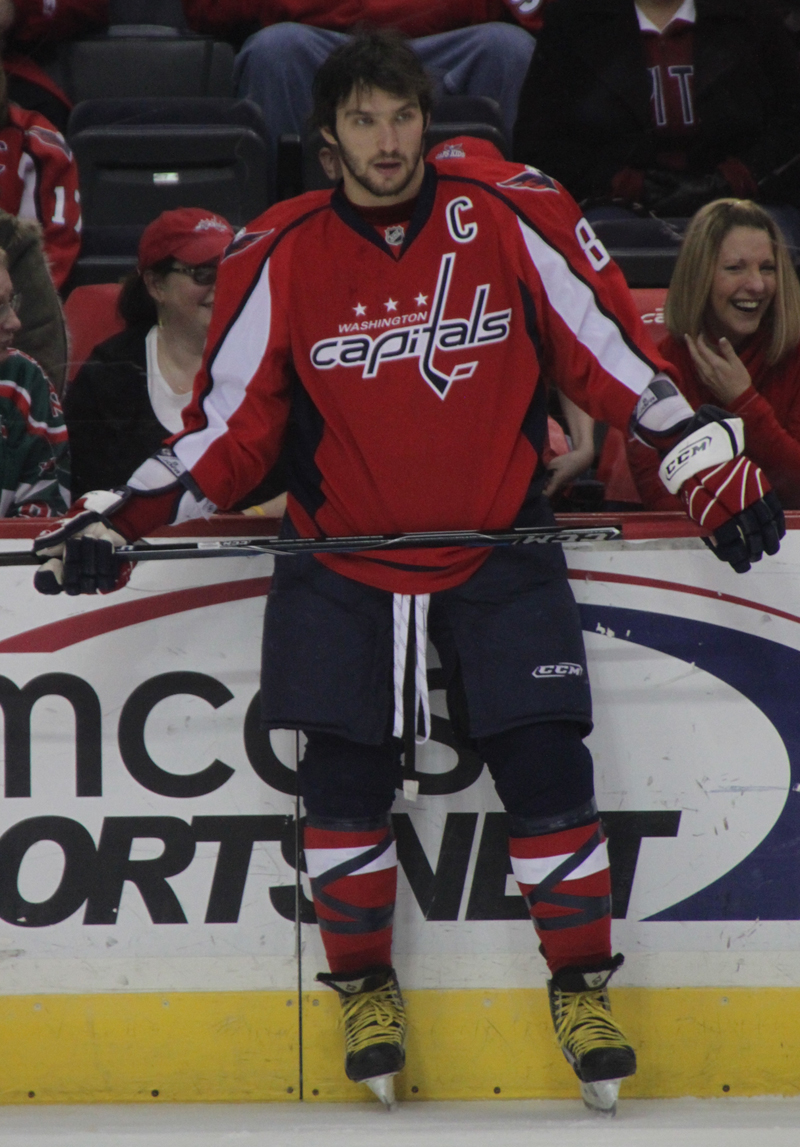 With the regular season just a week away, one thing is on everyone’s mind: who’s going to win it all this season? The Eastern Conference boasts some serious power this year and it will be a tight race just to make the playoffs.

The Washington Capitals have failed to make the final leap to the Cup finals with Ovechkin, but that will not stop them from locking up first place in the East yet again this season. Semyon Varlamov will be the starting goaltender this season, and he has a solid defence core to assist him. Mike Green is putting out some impressive play after being snubbed for the Olympic team roster, so he’ll be looking to continue that type of game. He scored 76 points in only 75 games and finished 20th in league scoring—quite impressive for a defenceman. The Pittsburgh Penguins will probably take the Atlantic division from the New Jersey Devils this season, since they have their core group of players returning, except for Sergei Gonchar. To fill the void, Kris Letang should be able to shoulder the load on the power play; they also still have a constant in goal, Marc-Andre Fleury. If the Penguins stay healthy, they could finish second place, right behind Ovechkin and the Caps.

The Buffalo Sabres did unexpectedly well last season, as they were able to secure the third seed in the East. This can be attributed to Ryan Miller’s performance every night in goal. His goals against average were second in the league at a remarkable 2.22. If he continues this play this season, the Sabres could lock up third place again and win the Northeast Division. Future Hall-of-Famer Martin Brodeur will again be in net for the New Jersey Devils. With an already steady attack, plus the major move of signing Ilya Kovalchuk, the Devils will be able to finish in the top four in the East, battling Crosby and the Pens for top spot in the Atlantic Division.

Boston surprised a lot of people with their mid-season switch of Tim Thomas for Tuukka Rask. Rask played remarkably for the rest of the season and led the Bruins to a sixth-place finish in the East. Rask should start the season as the number one goalie, but will be under close watch at the beginning of the season. The Bruins also received the highly touted draft pick Tyler Seguin this summer, and he may even see some action this season. He could add another offensive weapon to the club if he cracks the squad. The Bruins may be in the middle of the pack in the East, but they will make the playoffs.

The rest of the Eastern Conference could go any way. Philadelphia are coming off their outstanding “Cinderella”-type run to the finals last year, but didn’t do too well during the regular season. The Flyers have their core group back this season and, if they stay healthy, could surprise people yet again this season. Montréal was able to solve their goalie controversy: Carey Price will get full-time duties this season, a move that they hope will elevate his play. If Price manages to return to his World Junior calibre, they will be in the playoff mix as well. The Rangers just missed the playoffs last season, losing out by a single point on the final day of the season. The bitter taste is still lingering even after the off-season, but they should come out with a huge spark at the beginning of the season. They have a solid blue-line. And Michael Del Zotto will continue his phenomenal start to his career and be a tough player on the penalty kill.

The Thrashers, Hurricanes, and Islanders all have promise for this season but seem to have inconsistent play from their defence and goaltenders, a trend that might continue this season. The Lightnings will start Mike Smith or Dan Ellis, which will be their downfall this season. Neither goaltender is a proven number one, and the team will struggle with their goals against, forcing them to miss the playoffs.

Finally, the Toronto Maple Leafs added many new faces to their lineup during the last season and the off-season. This could be the year the Leafs end their playoff drought because of acquisitions such as Dion Phaneuf, J.S. Giguere, Colby Armstrong, and Kris Versteeg. The defence is close to being the best in the league: Kaberle and Phaneuf lead the way, and Giguere can steal a win on any given night. The only obstacle for the Leafs will be offence, which Brian Burke will be actively looking for during the season. However, the Leafs will be in the mix for the playoffs come season’s end.

One thing is certain: there will be many surprises in the East this season, and without a doubt, it will be exciting.