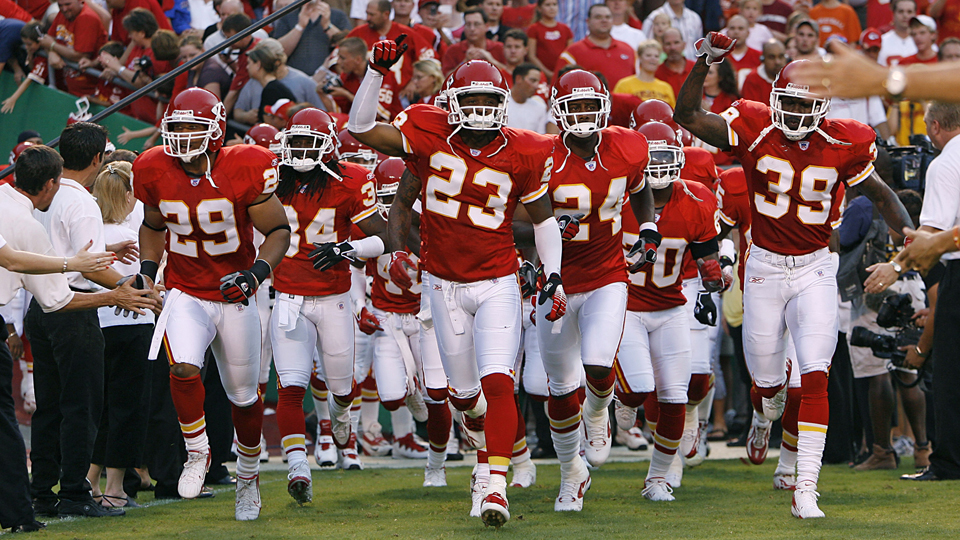 Going into week eight of the NFL season, one thing is for sure: this season is not the same as last season. This season has been full of surprises. Some teams have pleasantly surprised, but more teams have been bitterly disappointed. Some players stand out, while others have suffered from this season’s abnormally severe wave of injuries.

The Kansas City Chiefs finished last season 2-14 and ended up with the first overall pick in the draft. They traded for San Francisco 49ers castaway Alex Smith and brought in long-time Philadelphia Eagles coach Andy Reid. The Chiefs are now the only undefeated team in the league at 7-0.

“The Chiefs have done a complete 180 and are now one of the best teams in the league. They look unbeatable and now teams can’t simply walk into their home stadium and expect to win,” says Robas Arif, a third-year management student at UTM.

Other teams that have surprised this season are the New York Jets and the Cincinnati Bengals. Many expected the Jets to have a tumultuous time this season trying to cope with their quarterback situation, but rookie Geno Smith has engineered some fourth-quarter and overtime comebacks to get the Jets over .500 to 4-3.

The Bengals have also overturned expectations; the team leads the AFC North ahead of their rivals, the Baltimore Ravens and the Pittsburgh Steelers. They are playing convincingly on defence, and with quarterback Andy Dalton and wide receiver A.J. Green carrying the team each week on offence, this year might be the one in which the Bengals will win it all.

As in every NFL season, there are teams that everyone expects to do well and those that are expected to underwhelm based on early season projections. This season is no different. The Pittsburgh Steelers, Houston Texans, New York Giants, Atlanta Falcons, and Tampa Bay Buccaneers have all come up short this season for various reasons.

The Houston Texans have been evolving for a number of years. They won their first playoff game as a franchise two years ago and have lost in the divisional playoff round two years in a row. This year, the team was supposed to make it to either the conference finals or the playoffs. The season has not started off well, though; quarterback Matt Schaub has been inconsistent and the team now holds a disappointing  2-5 record in the AFC south.

In 2012, the Atlanta Falcons had one of the best records in the league at 12-3. The Falcons have already lost four games this season and sit at 2-4.

“I don’t know what’s up with the Falcons this season,” says Tobi Martins, a second-year political science major. “They seem out of sorts and ‘Matty Ice’ [quarterback Matt Ryan] doesn’t seem to be that guy anymore.”

The Falcons have lost the offensive charisma that they’ve carried for the past two years that made them a formidable opponent. They now sit in third place in the NFC South behind their rivals, the New Orleans Saints and the Carolina Panthers.

Another NFC South team people expected more from this year is the Tampa Bay Buccaneers. The Buccaneers are 0-7 and are one of two winless teams in the league, the other being the Jacksonville Jaguars. The team has had issues at the quarterback position, which saw them release QB Josh Freeman two weeks ago because the team didn’t see a future with him at that position. The organization handled the situation poorly and it seems it has affected the team negatively.

In terms of defence, the Buccaneers improved in the offseason, bringing in shutdown cornerback Darrelle Revis via a trade with the New York Jets that freed safety Dashon Goldson from the 49ers. These two players haven’t had a real effect on the defensive standings of the team.

The Pittsburgh Steelers started off the season 0-4 and there were talks that the team was aging. The Steelers have since put together two consecutive wins, including a win over the Baltimore Ravens, their bitter rivals. Things are looking good for the Steelers, but at 2-4 and with the Bengals playing well, it’ll be hard for them to make the playoffs this year.

Going into the season, another team that people see as annual playoff contenders is the New York Giants. The Giants have won two Super Bowls in recent years, yet started the season 0-6 and have been a turnover machine in each of those six games. Quarterback Eli Manning has thrown at least three interceptions in four games this season and has a total of 15 interceptions.

“The Giants can’t win games because they can’t seem to hold on to the ball,” says Mike Shannon, a second-year chemistry student. “They turn the ball over if they throw it and they turn it over if they run it. Eli has no coordination with his receivers and this is hurting the team.”

The Giants have a lot of problems to fix, starting with Manning. These teams have faltered in their starts, and at this halfway point in the season, one can only suppose that if they don’t start performing well soon they might as well tank and hope to get good draft picks.

Every NFL season sees its share of injuries, but this one in particular has seen some big names go down. Some well-known names include Rams QB Sam Bradford and Colts wide receiver Reggie Wayne, both of whom are out for the entire rest of the season, Chicago Bears QB Jay Cutler, who is out for five to six weeks, and Packers wide receiver Randall Cobb, who is out six weeks, to name a few. The injuries to these players put big holes in their respective teams and make it that much harder for these teams to make it to the playoffs.

At this halfway point in the season, there are teams that will be pushing forward towards the playoffs, such as the Denver Broncos, Seattle Seahawks, San Francisco 49ers, New Orleans Saints, Greenbay Packers, and the New England Patriots. These teams have Super Bowl 48 in mind, which will be held at Metlife Stadium in New York. At this point, their dreams of making it there are still strong.

Keep a close eye on the games each week to see if your favourite team makes it. I’m watching out for the San Francisco 49ers­—how about you?