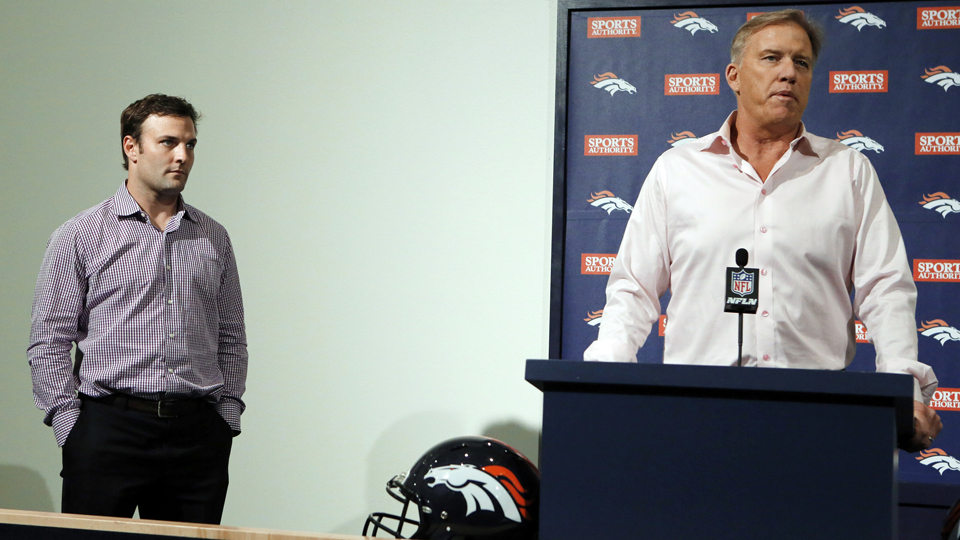 NFL free agency is well underway, and loads of major free agents have switched jersey colours and landed themselves a new home.

Possibly the biggest pick-up thus far in free agency is the addition of Wes Welker to the Denver Broncos. Welker leaves quarterback Tom Brady, who has won three Super Bowls, but won’t have to settle for anything less: he will now be catching throws from one of the greatest quarterbacks of all time, and Brady’s conference nemesis, Peyton Manning.

The Pats, however, didn’t sit around too long before going out and picking up Danny Amendola, who some believe to be a Wes Welker clone, from the St. Louis Rams. Amendola had a career year last season, considering he only played in 11 out of 16 games due to an injury. He had 63 receptions for 666 yards and three touchdowns. Those are not Wes Welker numbers, but playing with Brady next season should bump them up substantially.

Many analysts see the Tennessee Titans crushing it in free agency by landing big offensive talent in guard Andy Levitre, tight end Delanie Walker, and running back Shonn Greene. All are productive players and will fit in nicely with Chris Johnson, one of the most dynamic running backs in the league—that is, when he’s on—and young quarterback Jake Locker.

The off-season champions so far would have to be the Miami Dolphins, who have really opened their eyes to their lack of receiving depth from last season, and have brought in an abundance of talent for rookie quarterback Ryan Tannehill to work with next season. The Dolphins signed the number-one free agent wide receiver, Mike Wallace, and another top-five free agent wide receiver, Brandon Gibson of the St. Louis Rams. Tight end Dustin Keller was also added to the mix after an injury-plagued season, and they signed back Brian Hartline, who had a career year with the Dolphins last season but isn’t a number-one receiver. With a number of viable options joining the Dolphins, I expect Hartline to keep putting up good numbers next season. The Dolphins also picked up two established starting linebackers, Dannell Ellerbe and Phillip Wheeler, and are looking to add more free agents.

Toronto’s so-called home team, the Buffalo Bills, have been quiet so far. They’ve added outside linebacker Manny Lawson to rejoin his old NC State teammate Mario Williams. The pair had 39.5 sacks in their last two seasons at NC State, which the Bills hope to emulate next season. They released Ryan Fitzpatrick, their 2012 starting quarterback, which means they’re looking for a viable starting QB for next season, but with so few available in free agency, they might have to set their sights on this year’s draft.

After last year’s phenomenal rookie class of quarterbacks, which included the likes of Russell Wilson, Robert Griffin III, and Andrew Luck, the stock of rookie quarterbacks waiting to be drafted and lead a team to immediate success has never been higher. But fans will have to wait and see whether a viable rookie QB is still around for the Bills’ eighth overall pick.

The Kansas City Chiefs have also made some moves, including signing quarterback Alex Smith, who led San Francisco to a 20-6-1 record over the last two seasons before an injury that led to him being replaced by Super Bowl runner-up Colin Kaepernick. They also added cornerback Dunta Robinson and Sean Smith to go along with an established secondary ranked 12th in passing defence last season.

The NFC hasn’t been as busy as the AFC, but some notable signings have been made. The Lions picked up running back Reggie Bush and the Falcons signed veteran Pro Bowl running back Steven Jackson, who—although he’s not in the prime of his career—will add a great threat to an already stacked offence. Greg Jennings also signed a deal worth close to $10 million a year with division rival Minnesota Vikings. But he’s not the first packer to jump to the Vikings. Just ask Brett Favre.