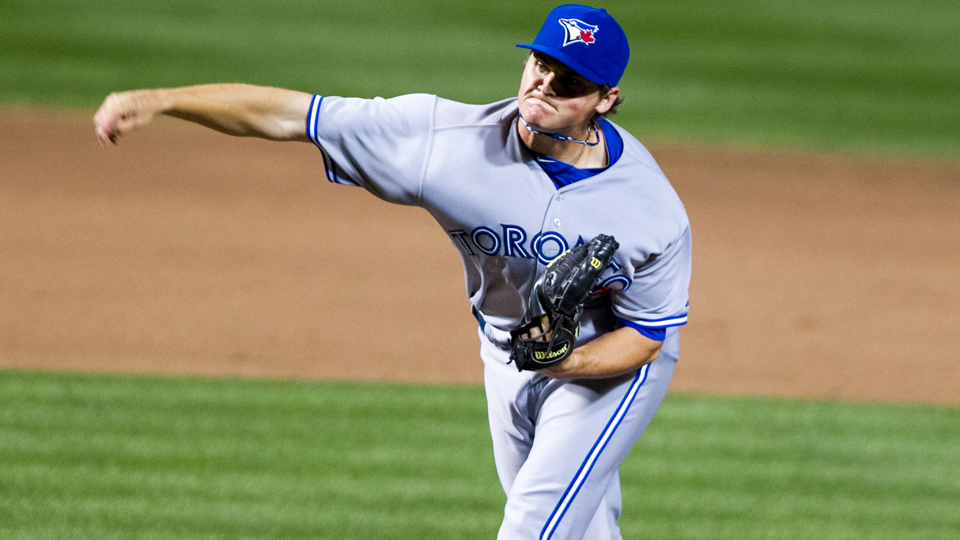 As Major League Baseball’s first spring training games draw closer, baseball fans in Toronto and abroad are getting ready for a new season. Every year, hundreds of new players make their debuts. With the recent hype surrounding the Toronto Blue Jays as favourites to win the World Series this year, they are likely to be a bullseye for their AL East rivals. They’ll be looking to what they can do in the new season—and so, without further ado, here are five players to watch for in the AL East during spring training.

Wil Myers (outfielder, Tampa Bay Rays): The prized outfielder came to the Rays in a deal that sent James Shields to Kansas City. He has been rated the number-four prospect in baseball for 2013 by both Baseball America and MLB.com, after a crazy 2012 that saw him hit .314/.387/.600 across AA and AAA in the Royals system, slugging 37 homers and chalking up 109 RBIs in the process. If he continues to rake in the minors, he is likely to be called up by the All-Star break, if not sooner.

Dylan Bundy (pitcher, Baltimore Orioles): The highly touted right-hander is considered by Baseball America and MLB.com to be the number-two prospect in baseball. He was the fourth overall pick in 2011, and the 20-year-old spent the 2012 season pitching across three levels,  his final stop being AA Bowie Baysox. After posting a 2.08 ERA with a crazy 5.8 hits per nine innings, he was called up to the Orioles in September, making a couple of cameo appearances. He is likely to spend the year in the minors, but may arrive in the majors by August.

Rubby De La Rosa (pitcher, Boston Red Sox): Soon to be 24 years old, De La Rosa arrived in Boston as a part of the July blockbuster that sent Adrian Gonzalez, Carl Crawford, and Josh Beckett to the Dodgers. He actually made his major-league debut back in 2011 with the Dodgers, making 10 starts, but injuries kept him sidelined for parts of 2011 and 2012. With a career ERA of 2.86 in the minors, and Boston’s mediocre rotation, he will be knocking on doors before the summer is over.

Mark Montgomery (pitcher, New York Yankees): The Yankees have a knack for finding useful relievers in the later rounds, and Montgomery continues the trend. He was the 11th-rounder from the 2011 draft, and his size and frame have elicited comparisons to current Yankees reliever David Robertson; their minor league stats are also similar. Montgomery stepped up his game in 2012: he had a stunning display of 4.9 hits per nine innings while pitching for Advanced-A Tampa and AA Trenton. His slider has been described as a “wipeout” pitch too tough for his own catcher to handle, not to mention opposing hitters—he once put up five (yes, five) strikeouts in a single inning. He figures to pitch in the majors before the year ends if he continues to dominate hitters at AAA.

Chad Jenkins (Pitcher, Toronto Blue Jays): The first-round pick for the Jays back in 2009, Jenkins has failed to live up to expectations, posting a 4.96 ERA at AA New Hampshire in 2012. However, he has shown durability, getting complete games in the minors in both 2010 and 2011, and he walks a bit over two hits per nine innings. Although he isn’t spectacular by any means, he may end up being a solid mid-rotation contributor to the Jays. In a 13-game stint with the Jays, the 24-year-old started three and finished six, posting an ERA of 4.50 in the process. He figures to get an extended look in 2013 if one of the starters falters, and we can all hope to see him more serviceable than in 2012.

Shamsher Dhah, a first-year criminology student, is excited to see what these players have to offer in the major leagues. “They have potential, if only under the right coaching staff,” said Dhah. “They should get more experience.”

Baseball is a game where anything can happen, and it might be too early to tell whether these prospects will prosper or disappoint. As Tony Ho, a first-year chemistry student, commented, “I can’t wait until the baseball season starts!”—and this writer certainly agrees.