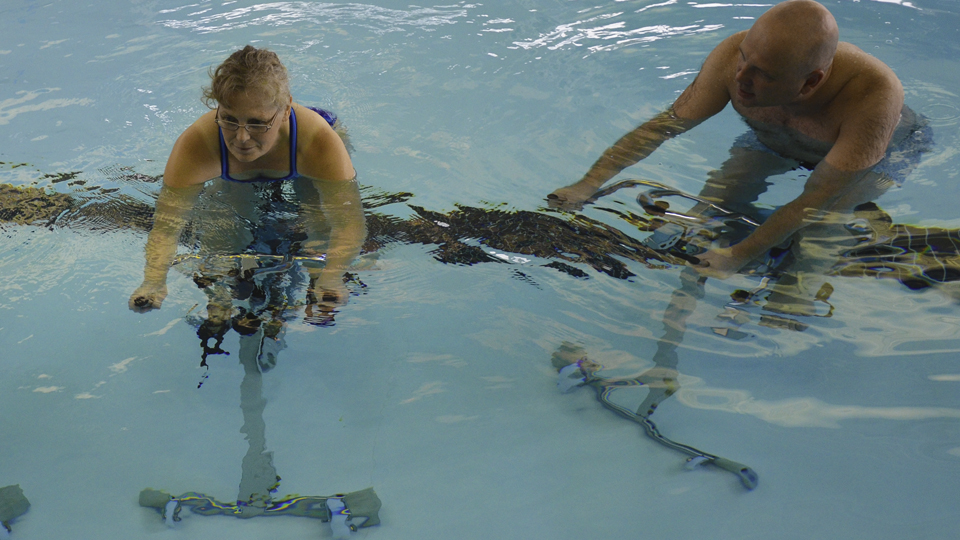 As students begin another year of seemingly endless readings, essays, and tests, it’s good to know that the RAWC is on their side when it comes to blowing off some steam. It’s a state-of-the-art facility, and it continues to improve by offering even more programs to students at our campus.

On the dock this year is a set of exercise machines that have won the hearts of many fitness enthusiasts over the past few years: the hydro-riders. Those who know about it swear by it, although the rest might have no clue what it is. It’s essentially an exercise bike that can be used in swimming pools. It’s not an entirely new concept, but it’s certainly innovative.

The hydro-rider adds a therapeutic element to a fitness workout. “Being in the water is part of the therapeutic aspect to it,” says Andrew Griffith, the instructor of the UTM hydro-rider sessions at the RAWC swimming pool. Griffith says there’s a balance between the intense workout and the therapy: the warm-ups and cool-downs can be thought of as “an aqua version of hot yoga”.

“It has an intensity level just as hard as a spin class, but a lot different than a typical spin class,” adds Griffith. He explains that the session itself is supposed to be an intense workout: “Haven’t gotten anyone who said it was easy.”

“They do not have the traditional loading of the spin-class bike,” says Andrew Bellerby, the RAWC’s fitness program coordinator.

Another popular use for the hydro-riders is the rehabilitation of athletes who have suffered injuries. The hydro-rider can help athletes recovery more quickly, as they can move faster in the water than on land.

However, UTM does not currently offer a rehabilitative hydrotherapy program.

“It’s something that we will explore. Our primary motive is to run classes attractive for the students; if we do decide to do any outreach for the community, that would be a different target audience,” says Bellerby.

“I do get a lot of positive feedback,” says Griffith. “They enjoy the class and enjoy the intensity level. And they feel that when it’s over, they’ve had a good workout and it was worth their while.”

Bellerby and Griffith understand that many students find the workout daunting, but the level of difficulty depends on how rigorous the student wants it to be.

“That’s one of the big benefits: it’s a gentle activity that can be ramped up and made more intense for people that want to work hard. It’s so different, and so unique,” Bellerby says. “It’s a scalable workout, something that’s great for beginners, not a big aerobic base. It’s really good for the introductory-type participant looking for something really different.”

Hydro-rider classes are held every Monday from 5:10 to 6 p.m. at the RAWC swimming pool.