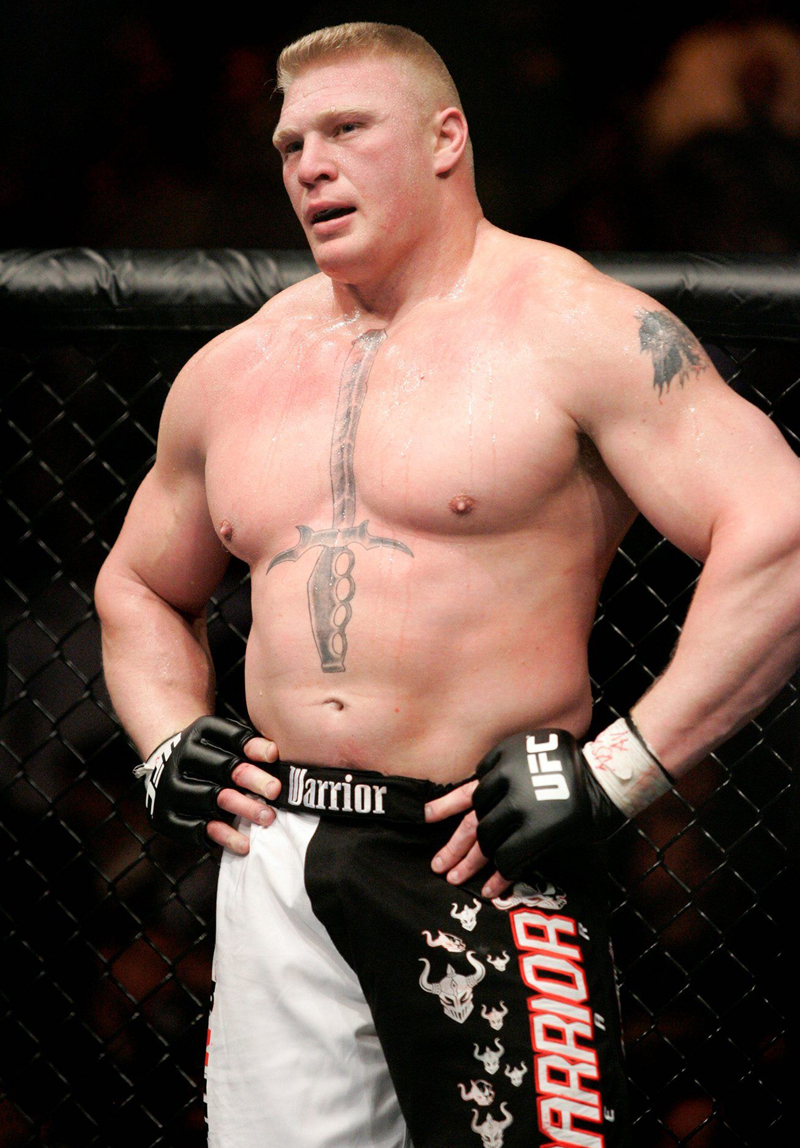 On Saturday night in Anaheim, California UFC 121 took place, with the main event being the World Heavyweight Championship. Brock Lesnar wasn’t able to defend his title against the number one contender, Cain Velasquez.

At the opening bell Lesnar came out furiously. He charged from his corner and quickly took Velasquez down. However, the kick-boxer quickly got back on his feet, since Lesnar excels on the ground. The challenger answered back with a takedown of his own and was able to land several punches before Lesnar could escape. At this point, Lesnar had been cut under his eye and blood began to pour down his face. He was able to get to his feet, but a number of his strikes did not connect to Velasquez, who was able to counter with his own barrage of punches that connected with the champion. Staggering across the ring, Lesnar tried to get stable again when a vicious knee to his body and more punches to the head dropped him to the ground.

Lesnar turtled and Velasquez took full advantage, striking with an onslaught of hammer-fists and strikes to the head. The referee Herb Dean gave the champion every opportunity to defend himself, but to no avail; he had no choice but to stop the fight and declare Cain Velasquez the winner by Technical Knockout at 4:12 in the first round. Lesnar was bloodied and disoriented as the crowd was shocked as Velasquez was out-weighed by more than twenty pounds and had a disadvantage in reach. Despite the disadvantages, Velasquez overcame them to be atop the UFC world.

With the win, Velasquez becomes the new Undisputed Heavyweight Champion of the UFC. He is the first Mexican champion in combat sports and earned an extra $70,000 for “Knockout of the Night”. Next for Velasquez will most likely be Brazilian striker, Junior Dos Santos, in early 2011.