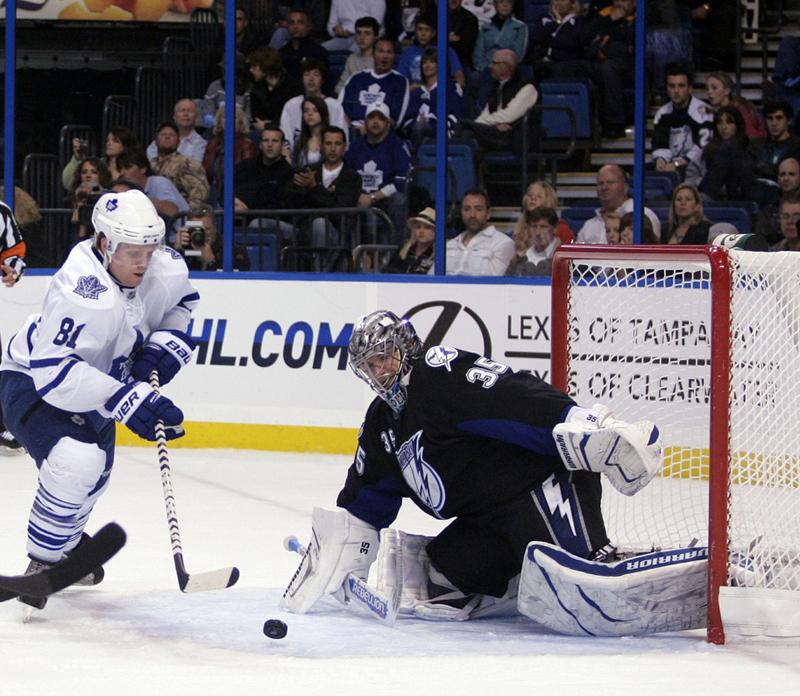 On Friday, January 24, Phil Kessel became the first hockey player to get picked last at the first ever NHL All-Star Draft.

He said he didn’t care in an interview with James Duthie immediately after, but getting picked last at anything is always a rotten thing. It didn’t help that Alexander Ovechkin took a photo with his phone of Kessel sitting by himself in front of the stage, a clip that TSN showed over and over again.

If Paul Stastny had been picked last instead of second last, hardly anyone would have taken notice. But Kessel is a Leaf, and therefore extremely well-known in the hockey world due to Toronto’s hockey-loving media. So it became a big deal.

Did anyone take notice that Kessel had 19 goals going into the All-Star weekend? That’s the same number that Ovechkin had—and Ovechkin was drafted third. Kessel had more goals than 24 of the other All-Stars. If he had represented any team other than the Leafs, he wouldn’t have gone last. It’s likely a mixture of dislike for all things blue and white with a maple leaf, as well as a nice scapegoat for the media to pin the woes of the Leafs on. In any case, Kessel went last.

A positive that came from the draft for Kessel was that he was given a new car and $20,000 to donate to the charity of his choice. Kessel, who underwent surgery five years ago as a 19-year old for testicular cancer, chose to donate the funds to a cancer charity.

Of course, Kessel may not have been the best choice for an All-Star from the Leafs. Arguably, the Leafs’ top line of Kulemin, MacArthur, and Grabovski should have been considered. Clarke MacArthur leads the team in points with 42 in the season thus far, and Mikhail Grabovski leads in goals with 21. Kulemin has 18 goals and a rating of +2, one of only a few Leafs that has a positive rating. Regardless of who went last in the draft, the NHL seems to be doing a lot for the fans to provide more hype towards the game in the US and a draft lottery is just a small step forward. Expect the draft to continue going forward, but for Leafs fans, let’s just hope the “Leaf picked last” trend does not.