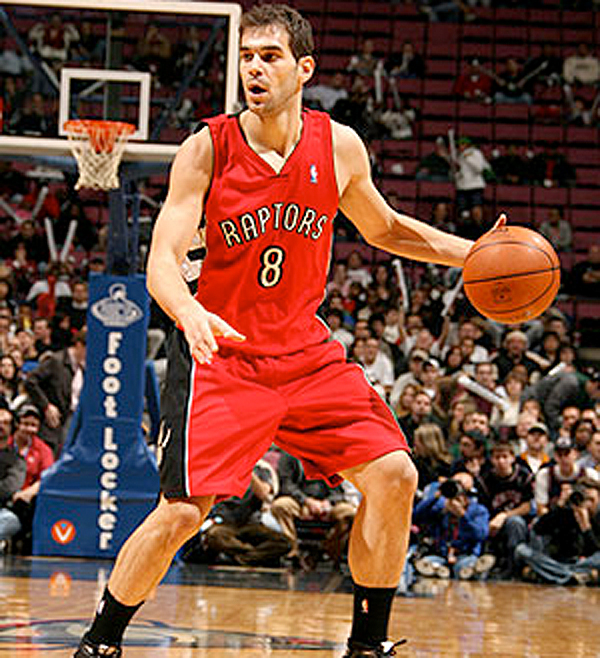 Before making a return on Wednesday night against the Orlando Magic, Jose Calderon was hampered by a hip injury that had him sidelined since December 11. Prior to this injury, it appeared that the Raptors were heading in a direction reminiscent of last seasons woes.

Sporting a 10-15 record at the time, the Raptors showed a lack of defensive presence and inconsistent shooting. Most importantly, they appeared to be incapable of beating any team with a record above the 500 mark. As the seriousness of Calderons injury was finally discovered, it felt like the nail in the coffin for the Raptors hopes of making the playoffs this season and enticing Bosh to stay in Toronto for next season. But as the Raptors now hold a 19-18 record and have won eight of their last nine games, it would seem Calderons injury turned out to be a blessing in disguise that allowed backup point guard Jarrett Jack to shown he could run the offense and develop a team chemistry that Calderon was unable to initiate prior to his injury.

The stats alone prove that Jack has not only been more beneficial to the team than Calderon, but also prove his worth as a starter in the NBA. Coming off the bench for the majority of his short career, his consistency and recent successes might finally lift him over the hump and solidify him as a legitimate NBA starter.

In the 15 games since Calderon last started for the Raptors, the team has managed a 10-5 record. In that span, Jack averaged 12.8 points, 6.1 assists and 3.4 rebounds per game. He has a nice mix of good outside shooting and the ability to penetrate to the basket. When Calderon starts, the teams record is a mere 9-13, and averages only 11.4 points, 6.4 assists, and 2.3 rebounds per game on the season. This is disappointing, considering he had come off a career high 12.8 points per game last season and was expected to excel alongside the many roster moves GM Bryan Colangelo made during the offseason.

Although Jacks offense has proven to be slightly superior to Calderons, it is his defensive skills that set him aside from Calderon. While Calderon has a history of defensive weaknesses, notably his lack of physicality, inability to stay in front of speedy point guards and tendency to get posted up by bigger guards, Jack possesses the defensive toughness the team desperately needs from the point guard position. He is a deft, take-charge guard that has the speed and the strength to contain the best of point guards and makes up for Calderons deficiencies.

During Calderons absence, the team was able to hold opponents to less than 100 points for six total games, including a span of four straight from December 18 to December 27, all of which resulted in wins.

The dilemma now is whether to trade Calderon before the trade deadline passes, or allow the two point guards to peacefully co-exist and provide an impressive backcourt for the emerging Toronto Raptors.

Third string point guard Marcus Banks played exceptionally well as a back-up during Calderons absence. His shooting and turnover numbers are near career bests and the 1.6-to-1 assist to turnover ratio is around the same as his career average.

Showing the Raptors front office that he is capable of producing off the bench has made Calderon more expendable. After all, if the Raptors are going to want to make a serious run in the playoffs, they will need to acquire the services of a veteran shooting guard. While relying on rookie DeMar DeRozan as the starting shooting guard and an inexperienced and inconsistent Marco Belinelli as back-up, it is clear that the Raptors lack depth within that position. Involving Calderon in a trade for a legitimate starting shooting guard such as Sacramento Kings Kevin Martin or Washington Wizards Caron Butler could be the best possible route for Colangelo to take.

Despite this, Calderon has been a fan favorite in Toronto for a long time. His impressive shooting skills, high free throw percentage, superb passing skills and instincts, along with his energetic and competitive personality, will make Raptor fans especially sad to see him leave. Obtaining a shooting guard may also create chemistry problems for a team that is finally adapting to each other this season.

As the Raptors play out their final 45 games of the season, their chances at making the playoffs are high, but their changes of winning the NBA championship remain very slim. The team  is clearly not strong or consistent enough to battle with the elite teams in the Eastern Conference, such as the Boston Celtics, Cleveland Cavaliers, Orlando Magic and the Atlanta Hawks. While trading Calderon may or may not be the best solution, it is obvious that changes will need to be made in order for Canadas only basketball team to even have a chance at becoming legitimate NBA contenders.