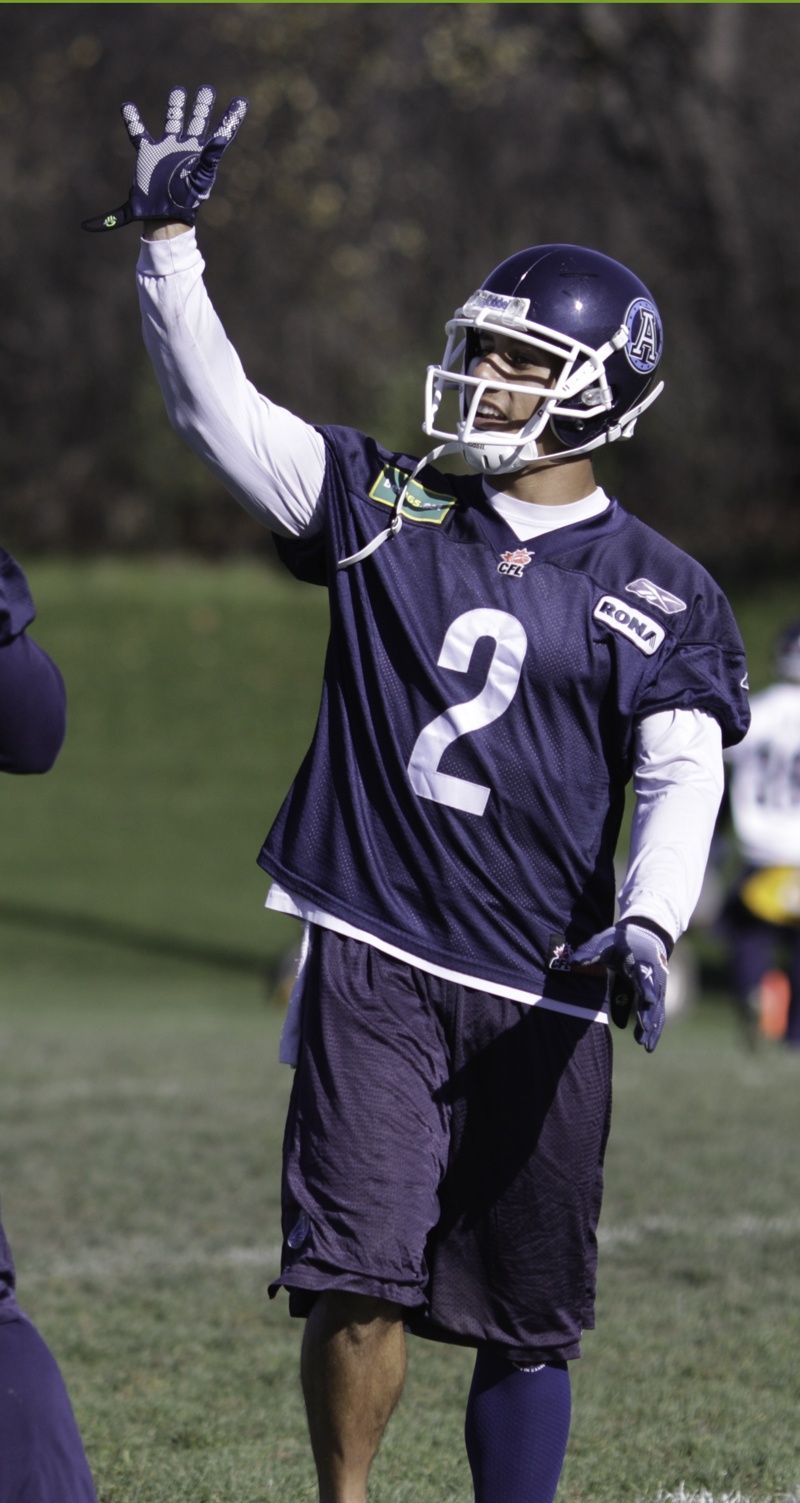 The Toronto Argonauts have had their fair share of ups and downs this season. Quarterback troubles and injuries have plagued the team this season, leaving them third in the Eastern Conference. However, a continual star on the Argos has been the “Flyin’ Hawaiian”, Chad Owens.

In his first year with the Argos, Owens has gained recognition for being one of the most electrifying players in the game. He is one of the smallest players in the CFL, yet has earned the CFL player of the week honour five times this season. He has been able to cut through special teams’ defences with 2,701 combined yards on returns this season.

Owens played college football for Hawaii and tied an NCAA record of eight kick-return touchdowns and owns the school record as a receiver with 3,031 yards, 29 touchdowns, and 239 receptions in only 44 games. He led his team to win the Hawaii Bowl as both a junior and senior.

The road to the CFL for Owens had been long, before he signed a practice roster agreement with the Montréal Alouettes. He dressed in one game for the Als before attending training camp the following season, where he was promptly traded to Toronto.

Since then, Owens has been on an absolute roll. Clearly, Owens has found something in Toronto that brings his playing up to another level. Without a doubt, the Argonauts are thrilled to have him in the lineup: he can provide a much-needed spark anytime, which he’s proven week in and week out.

During that game, Cleo Lemon made costly throwing errors that he accepted full responsibility for.  After the game, he said, “I was trying to do too much…this was all on me. I wanted the pressure on me and I didn’t come through.” Coach Jim Barker agreed with Lemon after the game; he commented, “You will not beat the defending Grey Cup champions if you play like that. You can’t throw those passes at key times in the game.”

The Argos will have a chance to redeem themselves as they take on Montréal again in the final regular season game of the season on Sunday. They will look to this game as preparation for Hamilton the following Sunday in the EasternConference semi-finals.