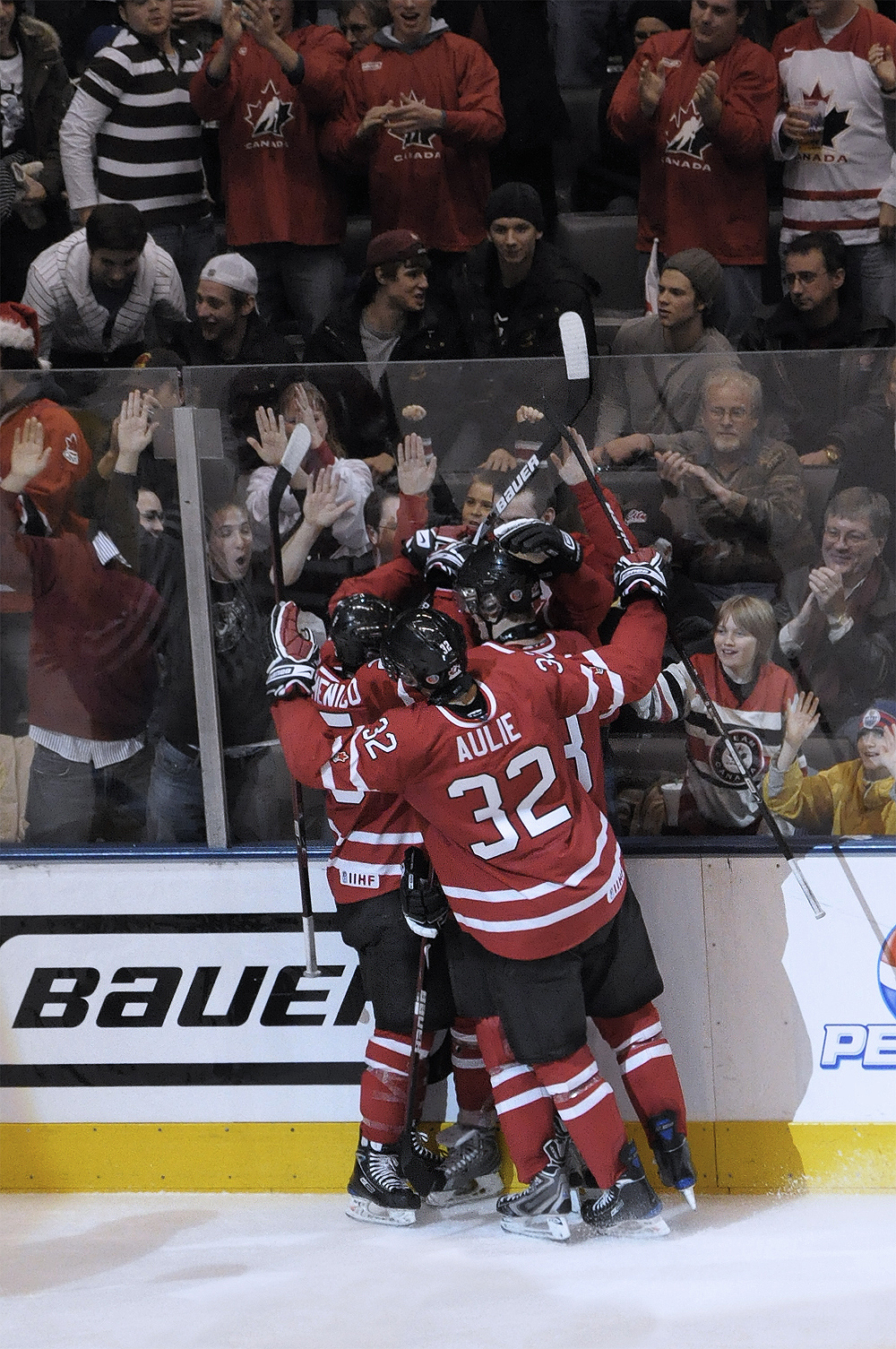 Some say it was a toggle for the first overall pick with John Tavares and Hedman battle on Canadian ice. Instead, we saw the overshadowed players step into the light, with yet another Pat Quinn era.

From the start of training camp, Quinn set a regime for the players, by not only scoring goals with the talent they have, but make sure the opponents feel the shake.

And during this first game, that’s exactly what they did.

Hedman fell to the ice after a first peroid check from PK Subban. This was a first for the 6-foot-6 swedish defencemen.

“Any time we can get a chance to hit those guys [Hedman] and Moeller, their top guys, we go for it,” said Canada’s Cody Hodgson. “We have a lot of guys that can play a two-way game and this is in our advantage.”

Hodgson finished the night with a goal and two assists, playing along side with WHL’s Lethbridge Hurricane’s centre Zach Boychuk and Regina Pats Jordan Eberle. But, this was only one facet to Canada’s game.

“We have to be a shooting team, crash the net and get as many goals as possible,” said Tavares after the game.

This was a quick and offensive team, with shot after shot.

Quinn also set a power play that hadn’t been use for a few years during the World Junoirs with four in deep and a defenseman at the blueline to quarterback the play. Subban stood at the hash marks for the occassional one-timer to the net, when applicable.

“We play a different system, but I think we have a better system to get the pucks on net, digging and and try to score,” said defenseman Ryan Ellis. “I was playing with Tavares, Hogdson and we just had fun, which was great, especially to get my legs working again.”