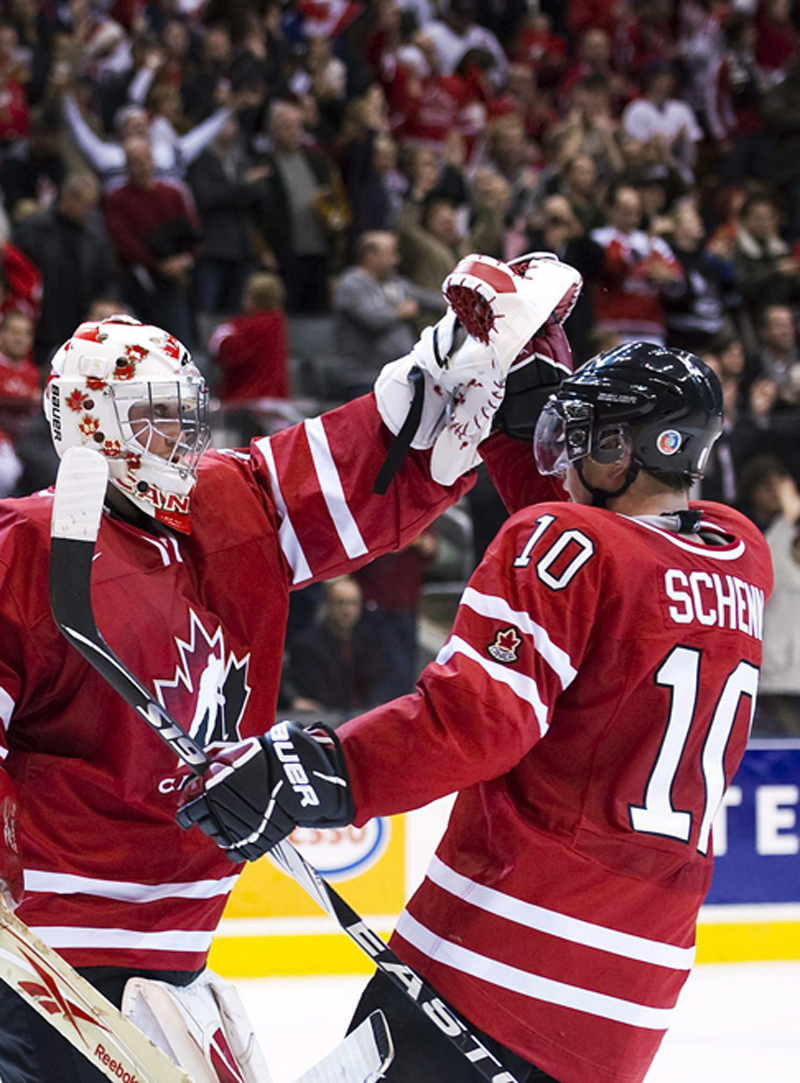 Schenn partially credits his results to the chemistry he built with his teammates early on in the tournament. “Just trying to build chemistry [with different players] is big. It’s something I’m happy to do. Without the support of my teammates, I don’t get any assists. So it’s good to get help from my teammates.”

Schenn, 6 feet and 190 pounds, ranked first in the tournament for points and goals, with 18 and eight respectfully. He ties Dale McCourt’s 34-year-old record for the most points in a single World Junior tournament by a Canadian. Schenn also topped the leaderboard in assists with 10, and plus-minus with a +10. He tied Mario Lemieux and Simon Gagné for most goals in a single game when he scored four against Norway. Named one of the top three Canadian players by the Canadian coaching staff, he was also named to the tournament’s all-star team along with teammates Ryan Johansen and Ryan Ellis and picked as the best forward of the tournament by the directorate.

He started the tournament healthy and prepared to help his team out however he could. But disaster struck when he separated his shoulder in Canada’s game against Switzerland in the quarter-finals. Schenn had to receive injections to continue playing for the rest of the tournament. But play he did, and he scored Canada’s third and final goal against the Russians in Wednesday night’s game. He also collected one assist in the gold medal game.

Drafted fifth overall by the Los Angeles Kings in the 2009 Entry Draft, Schenn played eight games for the Kings before being assigned to the Brandon Wheat Kings of the Western Hockey League. In the two games he played with Brandon this season, Schenn has four points, coming from one goal and three assists.

Schenn will head back to his WHL club team in Brandon for the remainder of their season.  The loss gives Schenn two silver medals with team Canada.  Before the tournament, Schenn was asked whether he and his brother (who played for Team Canada) had a siblingrivalry.  Schenn joked, “Of course. He sends me texts joking around and I retaliate with more texts. We’ve always had a nice rivalry when it came to sports.” It seems the younger Schenn has topped his brother this time.

Despite the Canadians’ loss at the World Junior, the Most Valuable Player of the tournament was awarded to Schenn. This marks the fifth year in a row that the MVP of the World Junior Hockey Championship has been a Canadian player. Jordan Eberle was given the MVP last year, preceded by John Tavares, Steve Mason, and Carey Price.