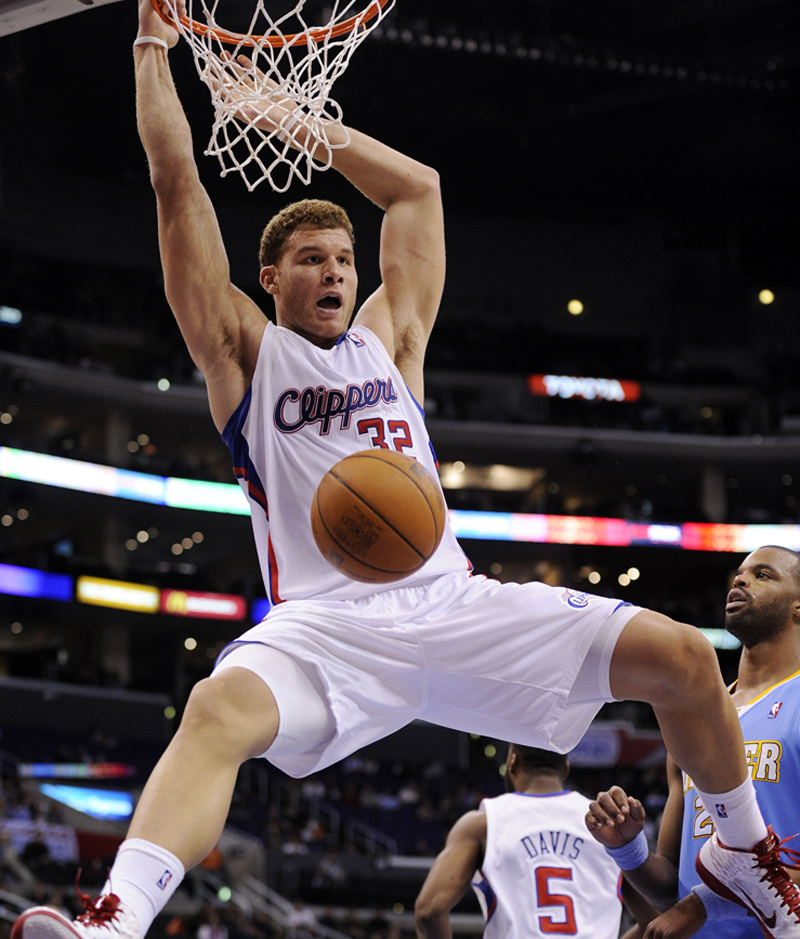 Griffin was the #1 overall draft pick by the Clippers in the 2009 NBA Draft; however, he missed the entire season due to a stress fracture in his left knee. Coming into the season there was tons of hype around the 2010 first-overall selection John Wall, who was drafted by the Wizards, and it seemed that everyone forgot about Blake Griffin.

My, how times have changed. Griffin is currently averaging 21.7 points at 52.3% shooting and 12.5 rebounds, with an impressive four offensive rebounds a game. Griffin is also bringing Clipper fans out of their seats every game; if you search Blake Griffin on YouTube you will see an abundance of videos showing Blake jumping out of the gym and dunking on and over NBA defenders.

His most impressive game to date would have to be November 20 against the New York Knicks. Griffin scored 44 points, grabbed 15 boards, and displayed two of the most amazing dunks I have ever seen. One, the infamous throw-in dunk where he crowned Knicks’ centre Timofey Mozgov, who is a mere 7’1″ and 250 pounds—no big deal. The other dunk that left everyone speechless was the famous spin move to a one-handed throwdown over Daniel Gallinari. If you don’t believe me, just watch the footage on YouTube.

Griffin should be starting in the all-star game. The fact that he plays for the woeful Clippers might harm his chances but it’s hard to deny the impact he has had in the league this year. There are some talented young forwards in the Western Conference with similar numbers to Griffin, but he has less to work with than Kevin Durant and I personally think he is a better all-around player than Kevin Love, and those are his two biggest competitors for the starting PF spot. Heck, Love might be out of Minnesota by the end of this week.

If he doesn’t make the starting lineup, I still don’t believe it will be as upsetting as if he is not selected to participate in this year’s Dunk Contest. The Dunk Contest has lacked the excitement since Vince Carter and I’m sick of seeing Nate Robinson and Dwight Howard clowning around during the event. The Clippers badly need this. They need some exposure because they share the same city and arena with Kobe and the Lake Show. Blake Griffin is the type of athlete to hopefully bring in some red and blue to a yellow- and purple-dominated Los Angeles. I’m a huge Blake Griffin fan and I hope he continues this tear through the league and their rims.