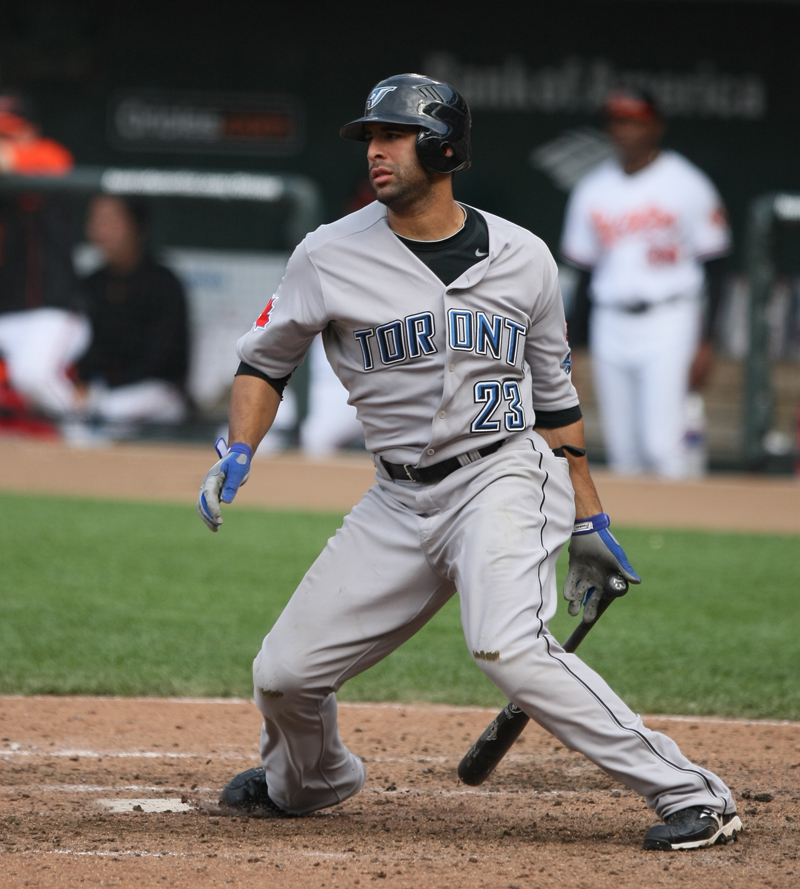 The Toronto Blue Jays have had their share of ups and downs this season. The loss of Roy Halladay left fans of the Jays badly disappointed, and worse, the younger Jays were predicted to finish last in the A.L. East.

However, the Jays surprised many of their critics: they are above .500, and this can be attributed to their pitchers and their league-leading home run totals. The pitching staff has been mediocre at times, but have had their bright spots throughout the season. Ricky Romero and Shawn Marcum continue to lead the young staff by example to respectable records of 11-8 and 11-7. Hard-throwing Brandon Morrow has been another positive on the mound. He bounced back from a 2-4 record with the Mariners to a 10-6 record this year with the Jays. Nevertheless, manager Cito Gaston decided to shut him down for the remainder of the season as he has reached his maximum innings pitched.

The Blue Jays’ power at the plate has struck fear into pitchers. Jose Bautista has 43 home runs heading into the weekend which leads the majors.

For a power hitter, he boasts a  .268 average and has over 100 RBIs.  However, his bat is not the only positive in his repertoire. He is a utility player who can play first and third base, and is known for his strong throwing arm in the outfield. Currently, he is the league leader in outfield assists although he has only played 95 games in that position. He was named American League player of the month in July and shows no signs of slowing down toward the end of the season.

With the playoffs out of reach, the Jays have been planning for the future. They eased the highly-touted catcher J.P. Arencibia into the line-up while John Buck was injured. Arencibia had a memorable debut against the Tampa Bay Devil Rays in early August, as he had four hits in five plate appearances (including two home runs and three RBIs). Arencibia is just one of the rookies talented enough for the MLB. It may be another year before the Jays make the playoffs, since Boston, New York, and Tampa Bay all have championship line-ups. However, the up-and-coming young Jays, though they lack experience, are clearly very talented.  The future could be bright for Toronto.