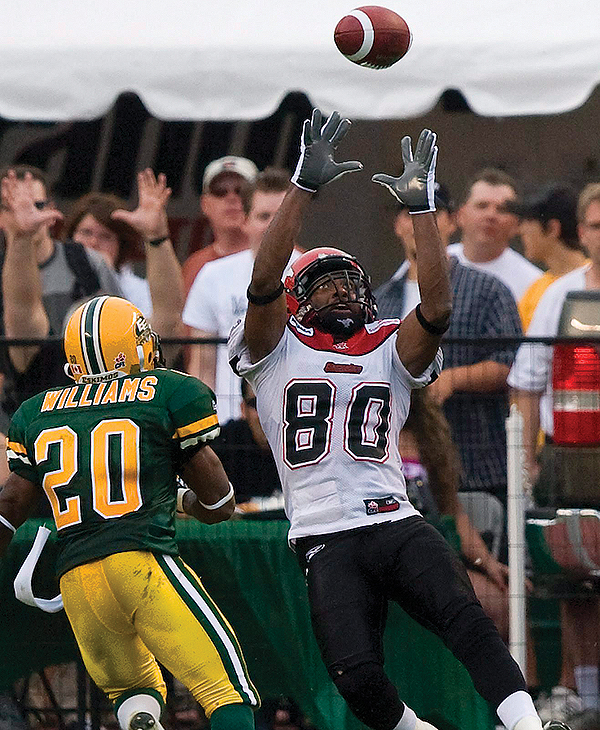 After a terrible 2009 season, the Toronto Argonauts overhauled their offence in hopes of producing more than three wins this season. Last year, the Argos finished the season at 3-15, making them the worst team in the CFL. Just a year before, they had one more win, finishing 4-14.
The front office took notice of the lack of success at the quarterback position last season. After coming to Toronto from Saskatchewan two seasons ago, former MVP quarterback Kerry Joseph was not able to perform up to the best of his abilities and eventually lost his starting job. Cody Pickett took over as the starting QB midway through the season, but did not fair any better. This left the door open for third stringer Stephen Reaves. His inexperience proved fatal, and he was unable to capitalize on an unexpected opportunity.
As a result of their failures, all three quarterbacks were released. They will not return this season. So far this offseason, the team has signed four quarterbacks.
On March 9, the Argonauts acquired Dalton Bell from Saskatchewan for a fifth round pick. The rookie QB shows promise and will be given a legitimate chance to prove himself in the preseason and compete for a starting job.
Highly sought-after Queen’s quarterback and Burlington native Danny Brannagan also signed with Toronto in the off-season. The former Gaels QB became the leading passer in Queen’s history and is coming off an impressive campaign, having been named the 2009 Vanier Cup Most Valuable Player. Brannagan will be looking to learn from NFL veteran Cleo Lemon, who spent six seasons in the NFL before joining the Argonauts.
Mainly a back-up quarterback, Lemon still holds the record for completions, passing yards and TD passes at Arkansas State. During his NFL campaign, he threw for eight touchdowns and 2185 passing yards while playing for the Baltimore Ravens, Miami Dolphins, Jacksonville Jaguars and San Diego Chargers.
Argo head coach Jim Barker has confidence in Lemon’s ability to perform well and help resurrect the plummeting franchise.
“He’s very mobile, he’s very accurate and he’s got a presence about him that shows he’s in control,” Barker said of Lemon.
The overhaul of the quarterback position did not stop there. They also added Gibran Hamdan, who was the third string QB for the Buffalo Bills last season. He and Lemon will also be expected to help the rookies ease into the CFL and teach them the ins and outs of the position.
Another major signing came from a trade with the Calgary Stampeders on February 17. Wide receiver Jermaine Copeland joins the boatmen this season in exchange for P.K. Sam. The CFL veteran finished fifth in receiving yards last season and led the Stampeders to the West final in an eventual loss to the Roughriders. He also received CFL and West Division All-Star honours.
Copeland will be expected to shoulder most of the workload for the receiving core. He will add veteran presence, which should help him become a good leader for a young, inexperienced Argos squad. He said he’s ready to take on the responsibility.
“I’m going to do whatever I can to get us back to the form of a championship team, a team that is a contender at all times. I’m looking forward to the challenge,” said Copeland in a post-trade interview with TSN.
Even with the overhaul of the offence, the Argonauts will have their fair share of struggles throughout the season. But if any of their acquisitions pan out and their defense can step up as they’ve done in the past, they could be in the playoff mix by seasons end. It will be another hard-hitting and exciting season in the CFL.