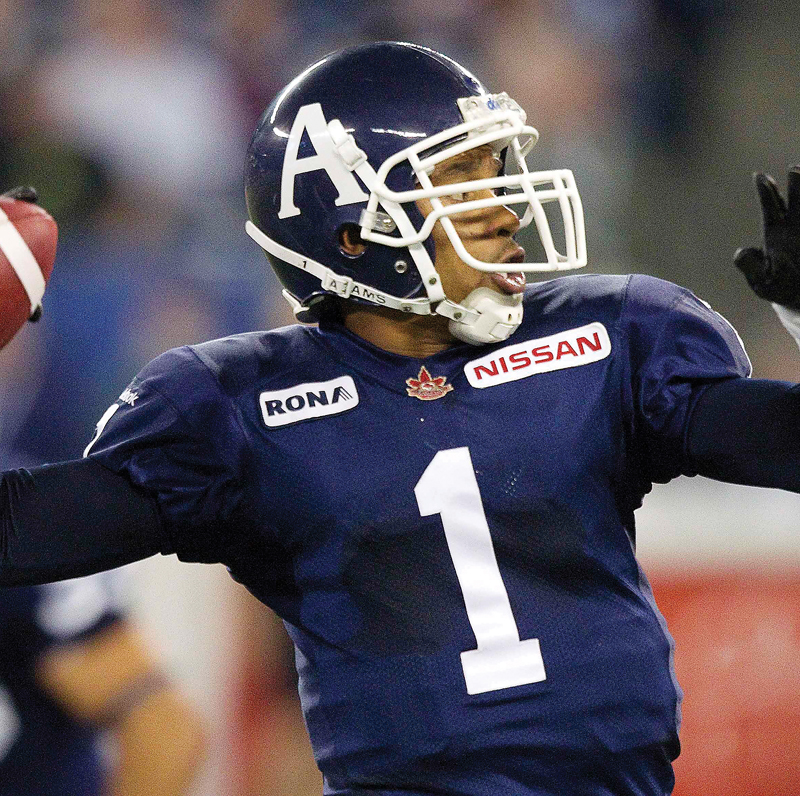 When life gives you Lemon, change your quarterback. For the Toronto Argonauts, this adage holds true—more so now than ever before.

Mere moments before practice began at the South Field last Tuesday morning, following the 29-16 loss at home to the B.C. Lions, the biggest shocker of the CFL season was announced. The Argos had released their only starting quarterback for the season, Cleo Lemon.

On parting ways with Lemon, it was announced that Steven Jyles, a quarterback who was acquired in a trade last year with the Winnipeg Blue Bombers, would be the starter heading into the second of two games against the B.C. Lions.

Jyles, who had not taken a live game snap this season, exuded confidence when speaking to The Medium after practice on Wednesday: “Everybody has been good and receptive in the huddle; I think I can bring my mobility and leadership, not only by example but vocally, unlike before.”

Head coach Jim Barker proved to be a believer in Jyles’ swagger. Barker took the opportunity after practice on Thursday to illustrate the value of having the versatile Jyles at the helm going forward.

“The playbook expands, because he does things that the other quarterbacks don’t do. As soon as you start to add the element of the quarterback running and scrambling, and what he does to the run game, that in itself expands the playbook.”

With the team’s record at a humbling 2 wins and 7 loses, Jyles may be just the spark the team has needed on the offensive end. Meanwhile, on the defensive side on the ball, Rickey Foley would like a win against his former team.

Foley, who played in B.C. prior to having stints with the Seattle Seahawks and the New York Jets of the NFL, may have made his fair share of foes on his old team.

Following Thursday’s practice, Foley reflected on the team’s first meeting and the conduct of his old teammates, who spoke about him in the press.

It’s a situation that gives Foley and the Argos’ defence an added chip on their shoulder, but nobody wears a bigger chip than the CFL’s biggest little guy, Chad Owens.

Last week Owens won the CFL’s Special Teams Player of the Week. He had a critical 91-yard kickoff return for a touchdown en route to setting an Argonauts record for kickoff return yardage in a single game at 245 yards.

A delighted Owens spoke to The Medium about his touchdown return after the announcement of the award. “It was good stuff for our unit and it really shows all the hard work we’ve been putting in, and we finally got one.”

The 2011 Toronto Argonauts have displayed one prominent trait throughout the season: perseverance. Adversity is commonplace for the team, be it in the form of injuries, quarterbacks’ controversies, unwelcome returns, or not playing up to the level they’ve expected. Through the example of Barker, they continue to persevere.

Time isn’t on their side, but the chaotic scene at South Field suggests that this team is desperate to prove to the league that they won’t lie down.

On Saturday afternoon Barker, Jyles, Foley, and the rest of Argos went to BC to face the Lions at Empire Field for the rematch of last week. Unfortunately, the Argos lost 28-6.

The conclusion one can draw from this tumultuous week: there is still much room for work and improvement.