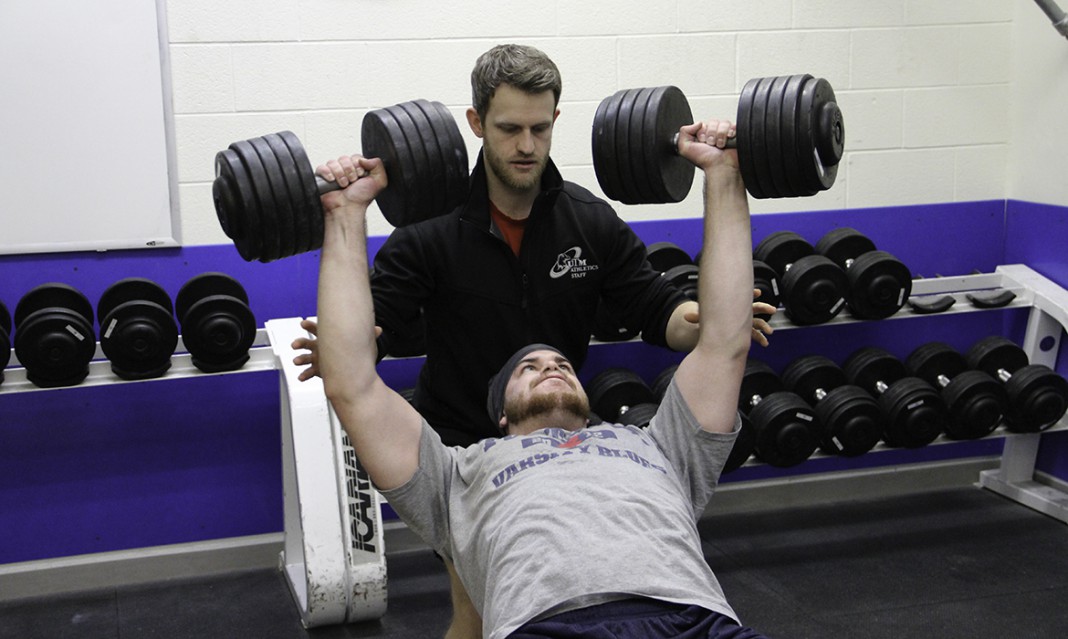 Fans only see athletes perform on the field a handful of times during the school year, since the majority of sports don’t run year-round. When fans watch athletes play, they see only the execution of a strategy that has been practised tirelessly by these coachable young minds. We understand that athletes put in hours to perfect their sport, but we don’t necessarily understand that the work put in isn’t from time spent sitting in a film room or running on a field. There are obstacles that individual players have to overcome that contribute to the overall integrity of the team.

Athletes who play in the CIS play far fewer games during an athletic season than those who play for an NCAA school, primarily due to higher academic standards at Canadian universities. For example, the Varsity Blues football team plays a total of eight regular season games compared to the NCAA’s 13-game schedules.

Putting it into other numbers, a player on the men’s football team gets a total of eight hours of game time in which to showcase their abilities, and they don’t even play a whole game. Simon Nassar, the fifth-year CIS record-breaking quarterback for the Varsity Blues football team this year, had a total of 281 plays to make the best of his talent and push the ball down the field. Nassar is only on the field for about 20 minutes a game, since football includes a defensive and special team’s side of the game. In total, Nassar gives everything he has—blood, sweat, and tears—for two hours and 20 minutes a year.

That is, as far as what the fans see.

In reality, for those two hours and 20 minutes of gameplay, the quarterback will put in approximately 1,000 hours of mental and physical preparation during the season and off-season.

“There’s a lot of football in a year, lots of time to prepare, execute, and recover for the eight games that seem to pass by in the blink of an eye,” says Nassar. “Guys will go down with injuries that can affect their overall quality of life; guys will have issues outside of football they have to deal with, like finances and family matters, but still manage to put football first.

“I wouldn’t want to be anywhere else in the world other than spending time with these outstanding guys who strive for the same goal that I do, and that’s win games,” he continues.

This off-season, the Blues football team will put in countless hours of workouts each week, still strap on the pads and practice in the dome at Varsity Stadium, sit in all their classes so they can pass the minimum three credits to play the next year, and work part-time jobs to pay the fees that come with playing football and paying off their education. These guys can benefit a lot from the support and respect of the student body—that’s you, most likely—during the season.

Come out and support a Varsity Blues team and cheer them on with a newfound knowledge and appreciation for what they do behind the scenes.