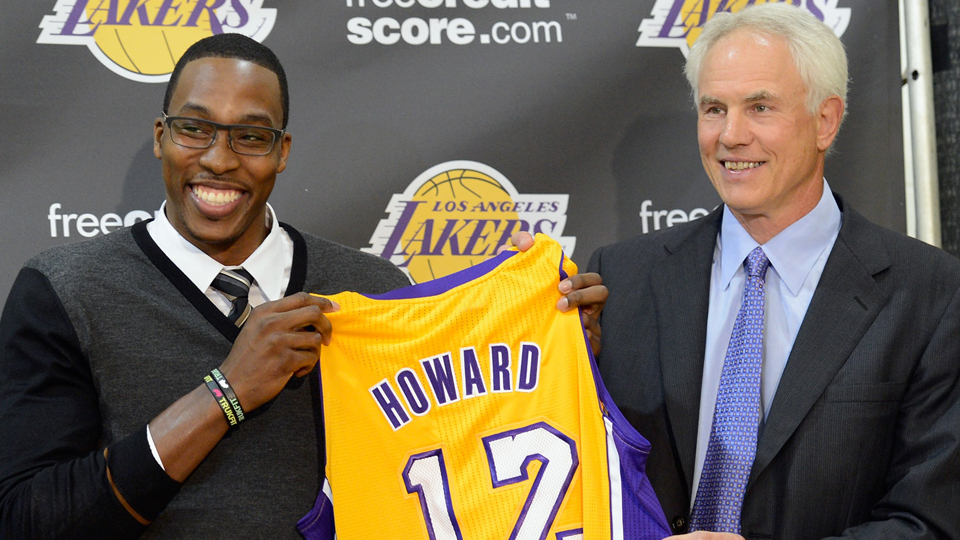 After an off-season that saw one blockbuster trade after another, the NBA is set to begin a new season on Tuesday, October 30, giving sports fans something to cheer about while they continue to shake their fists in frustration over the NFL’s replacement referees situation and the absence of an NHL season.

As always, fans have a lot to look forward to in the new season. A sudden surge of “super-teams” has taken the NBA; the tried and true method of forming a winning basketball team has become something of a standard among general managers looking for an edge.

It’s nothing new, and won’t change the whole game of basketball. But the timing of this wave of super-teams in the wake of another season of the Miami Heat, who caught the attention of many GMs after completing their second season as the “Big Three”, shows that it is a major trend. The Boston Celtics were the catalysts in 2007, when they added the likes of centre Kevin Garnett and shooting guard Ray Allen to a team led by small forward Paul Pierce, and won the title that season.

This past off-season, many more teams have gained important players and earned the designation of “super-team”. Most recently, and maybe most notably, the Los Angeles Lakers added point guard Steve Nash and centre Dwight Howard to join the team’s franchise players, shooting guard Kobe Bryant and power forward Pau Gasol.

The Miami Heat in turn broke up the Celtics’ own “Big Three” when Allen signed with them, along with his former Seattle Supersonics teammate, small forward Rashard Lewis. The move seems like a last push to win a championship before their careers come to their inevitable end.

But are super-teams really improving the game? Or do they just promote exclusion, denying teams who don’t have a “franchise player” the opportunity to compete? This system takes the best of the best and groups them together, so that fewer and fewer teams have the chance to rise in the standings—like our hometown Toronto Raptors, who are allowed to fall by the wayside.

Juan Nunez, the coach of the UTM Division 1 men’s basketball team (White) at UTM, thinks the teams who don’t have enough star power nevertheless don’t need to fret when it comes to building a group that can be successful.

“If you look at an Oklahoma City Thunder or Los Angeles Clippers team, they don’t have the purchasing power Los Angeles Lakers, Boston Celtics, or Miami Heat do,” he said. “Yet it is possible for those teams to build up to have a powerhouse. OKC is doing it in a smaller market than Toronto! In my opinion, it is up to the management of each franchise to figure out what their plan for the future is.”

Before the super-team was popular within the NBA, fans reminisced about the “golden years” of the NBA, when Hall of Famers Kareem Abdul-Jabbar, Earvin “Magic” Johnson, and James Worthy played together for the 1980s’ LA Lakers “Showtime” crew. It was the same when other hall of famers played together, like the Boston Celtics with Larry Bird and the Chicago Bulls with Michael Jordan. But Nunez said that super-teams were brought to a whole new level with “The Decision”, ESPN’s televised reveal of LeBron James’ choice to join the Miami Heat.

Christopher Autuchiewicz, a second-year political science student and basketball enthusiast, believes the phenomenon is nothing new. “Super-teams have always been in the NBA,” he said. “It’s just now we’re in a time of heightened media coverage.”

As to whether or not he likes the trend, Autuchiewicz said, “We watch it for the talent; we should want every team to be a super-team!”

Nunez’s take on it comes from his position as a coach. He says he wants what’s best for his players, and for those who aspire to play professional basketball, he offers them this advice: “The ones who make it the farthest are the ones who are willing to work the hardest and smartest. You are your own biggest rival; strive to always improve yourself.”

“How they do this year will be up to coach Dwayne Casey and the rest of the coaching staff,” Nunez said. “I think they have a good chance to make a push for a seventh or eighth spot in the East, to try and get into the playoffs. For the future, it all depends on the GM and the rest of the management team.”