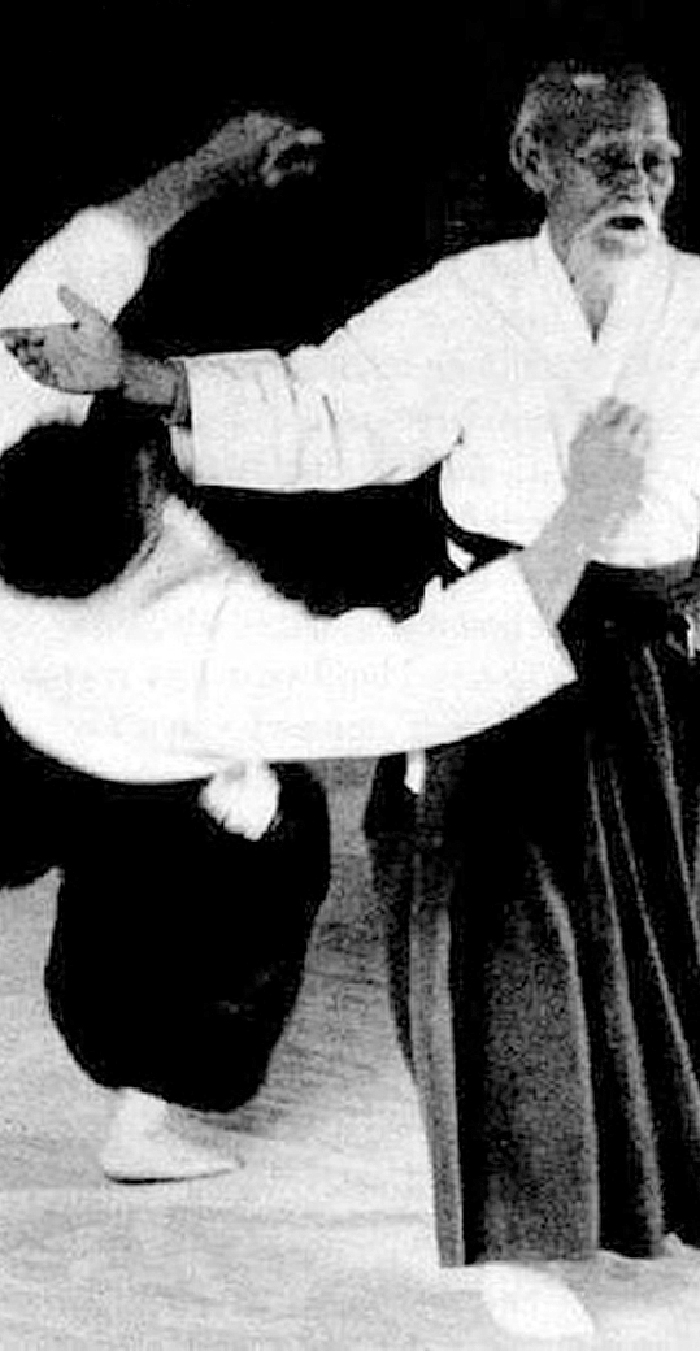 A casual visitor to UTM’s Recreation, Athletics and Wellness Centre, where at any given time a dozen students jump back and forth from the treadmill to the dumbbell rack, would probably conclude that traditional athletics rule at UTM. A peek down into the always-busy basketball court would only further this belief.

Yet only a flight of stairs down from the gym, in rooms where the same visitor is unlikely to stray, more unconventional physical disciplines are practised. One such activity is the Japanese martial art Aikido, taught at UTM on Tuesdays from 7:30 p.m. to 9:30 p.m. at a cost of $65 for RAWC members.

Often translated as “the way of unifying life energy” or “the way of harmonious spirit,” Aikido differs from most martial arts in its concern for the well-being of the practitioner’s opponent. Instead of maiming, breaking bones or gouging eyes out, Aikido practitioners redirect an attacker’s energy to immobilize or throw him to the ground. Indeed, practitioners would likely say that they are “helping” the attacker fall rather than throwing him. Throwing implies an active effort; in Aikido, the attacker’s force is gently turned against him. Practitioners merely redistribute that energy by stepping aside, into or around the attacker and use circular movements to push, pull and lock, with the attacker often ending on the ground a metre or two from the martial artist.

Aikido’s gentle approach does not mean that its practitioners are unfit. A typical class can be fairly intense, with first timers gasping for air after landing on the tatami mats time after time. Low positions strengthen the legs and the repeat- ed practice of attacks and counter- attacks results in faster reflexes. Coordination also improves greatly since a successful Aikido technique often involves the whole body.

Aikido was created by Morihei Ueshiba during the 1920s and 1930s. A long-time martial artist and a deeply religious man, Ueshiba believed in extending love and compassion to those who sought to harm others. He combined Daito-Ryu, an art descended from the Samurai, with judo and Kenjutsu, the art of the swords-
manship, to create Aikido. The results quickly seduced Japan’s martial arts community. Thirty years later, Aikido began establishing itself in France. The United States followed when Kenji Tomiki toured through 15 states in 1953 and Canada today hosts dozens of Aikido dojos.

Many critics mock Aikido’s gentle approach, forgetting that while Aikido practitioners avoid intentional harm, they are prepared to inflict damage if faced with a serious threat. Others point a finger to what they call Aikido’s lack of realism in training, as well as the length of time it takes to master, especially when compared with military hand-to hand combat systems such as Krav Maga. (This is less of a concern at UTM, where the style taught, Yoshinkan Aikido, emphasizes self-defence.)

Aikido, nevertheless, is not a quick-and-dirty solution. It is a path to self-knowledge. It teaches relaxation under stress, even under danger. And as its creator once remarked, one must be willing to “receive 99% of an opponent’s attack and stare death in the face” in order to execute techniques without hesitation. That is doubtlessly a trait worth cultivating, especially when faced with that PHY245 exam.