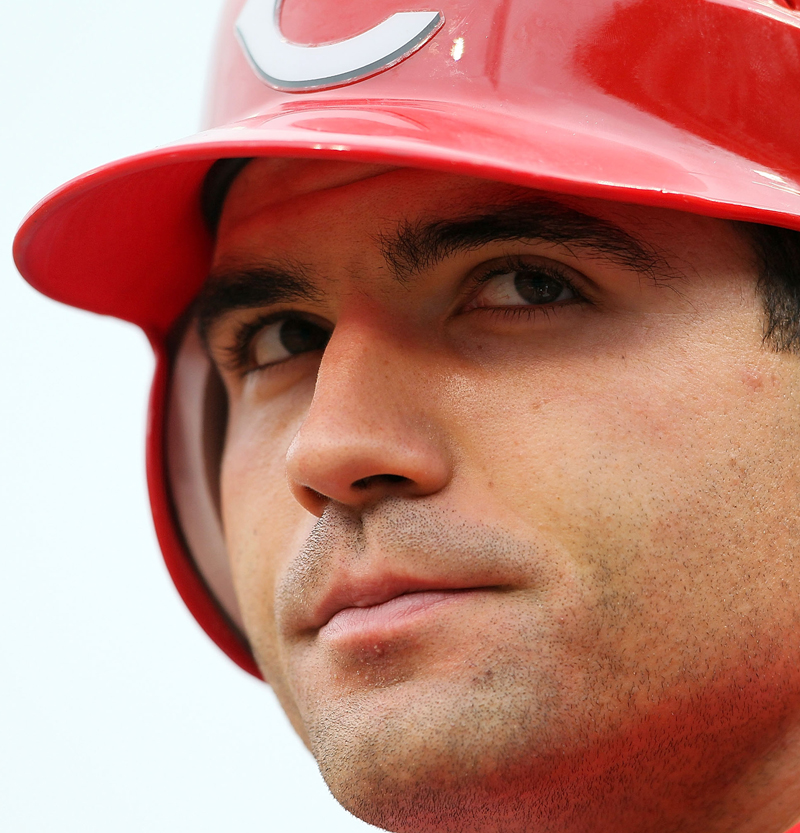 On September 3, George Kottaras, the backup catcher of the NL Central-leading Brewers, hit for the cycle, notching a single, double, triple, and home run in an 8–2 victory over the Astros.

Besides the relative rarity of the cycle (only 2.3 on average are hit per year), Kottaras’ accomplishment is made even greater by his status as the backup (he only plays once every five games) and by his place of birth: Scarborough, Ontario. Kottaras became only the second Canadian, after Tip O’Neil in 1887, to hit for a cycle.

The discussion of Canadian baseball should, no doubt, start with the reigning National League MVP, Joey Votto. Born in Etobicoke, Votto is one of the premier players in all of baseball. In just four seasons of playing full-time, Votto has posted an impressive .315 career average, while belting out 114 HRs and 379 RBIs.

Votto has been a star since his first year in Cincinnati, placing second in votes for rookie of the year in 2008. Though his Reds are fairing far worse than last year, Votto himself is playing almost as well as his MVP season, posting a higher on-base percentage and improving his fielding. Besides recognition from the baseball community, Votto won the Lou Marsh Trophy as Canada’s top athlete, only the third baseball player to receive the award in its 70-year history.

Votto isn’t the only Canadian-born MVP in recent memory, though, since in 2006 the Minnesota Twins’ Justin Morneau won the AL MVP in a tight vote over Derek Jeter. The five-time all-star from New Westminster, BC was arguably one of the best players in baseball from 2006–2009. In that four-season period he posted an average of .302, and knocked in 530 RBIs.

Unfortunately, during a game against the Blue Jays in 2010, Morneau suffered a concussion and has seen both his performance and health decline since. This season he has played only 69 games (less than half of the possible games) and posted career-low numbers. Hopefully Morneau can make a full recovery this off-season and regain his MVP form.

With a uniform redesign coming up next season that promises to emphasize Canada and a coast–to-coast marketing campaign with a TV network to sustain it, the Blue Jays are pushing to be seen more and more as Canada’s team. This inclusion of Canadians, however, doesn’t just stop with the fans—the roster and farm system includes many prominent Canadian prospects and starters.

The most obvious Canadian Blue Jay is fan favourite Brett Lawrie. Born in Langley, BC and acquired last year in a trade for Shaun Marcum, Lawrie has taken Toronto by storm. In just 41 games Lawrie has 9 home runs and 24 RBIs. Averaged out for an entire season, Lawrie is on pace for 36 home runs and 95 RBIs.

Lawrie’s energy, play, and attitude have endeared him to the Toronto faithful, and his place of birth may make him the future of Canadian baseball. Lawrie isn’t alone, though, when it comes to Canadians playing with the Jays. Former first-round pick Adam Loewen recently joined the Jays after the September roster expansion, and he too has made the most of his 7 games so far. With 6 hits and an 8th-inning home run, Loewen played solidly in his short time with the club. Toronto’s farm system is also loaded with Canadian prospects, with 15 Canadians over four levels of the minor leagues.

As more and more Canadians enter the major leagues, the future of Canadian baseball seems to be as bright as it’s ever been. As of September 1, 121 Canadian players have appeared in the minor leagues this year, with 16 making at least one appearance in a major league club.

With an increased presence in both the minors and the majors, as well as in lower-level baseball with more focus on development of young talent, we may be witnessing the beginning of a golden age of baseball in Canada—an age which will, no doubt, have an abundance of talented players to lead it.