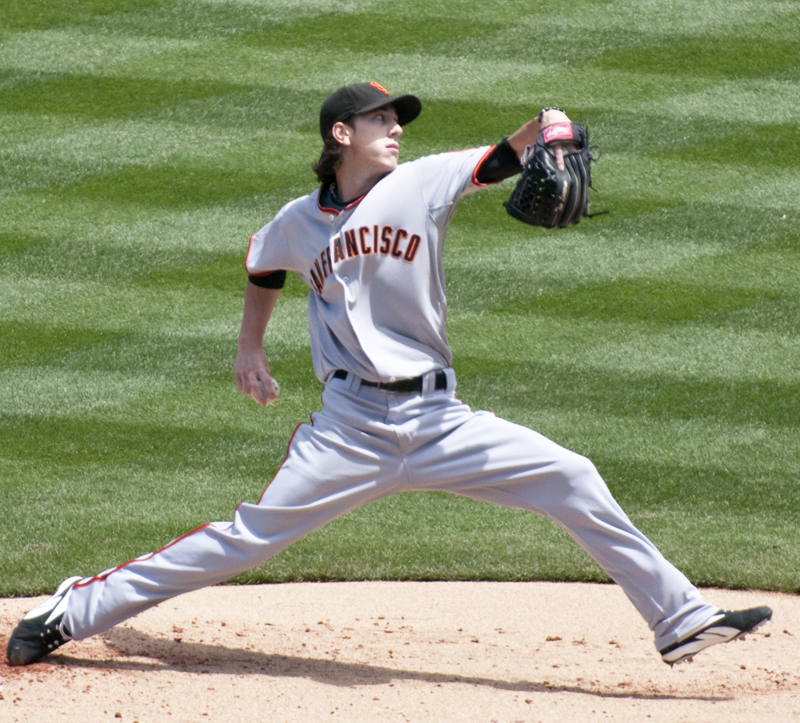 With two weeks of playoff baseball now in the books, one dominant trend has emerged: the pitching has been sensational. It was evident early on, with Roy Halladay throwing a no-hitter in his first playoff start. That same night, Cliff Lee struck out 10 in a dominating seven-inning performance, in which he allowed just one run. A day later, it was Tim Lincecum’s turn to shine, with a complete game shutout gem that included 14 strikeouts.

These phenomenal pitching performances have come with team success as Halladay, Lee, and Lincecum have all led their teams to an appearance in the League Championship Series. In most years, you would not give a team with a batting average below .205 in the playoffs much of a chance to make a run at the World Series. At this point in October, the Phillies and the Giants have done just that, with both teams having difficulties scoring runs. Those same two teams are battling for supremacy in the national league.

They have had some timely hitting, but above all they have strong pitching to credit for their playoff victories. The Phillies have three starting pitchers with an earned run average below 3.00. In 49 innings pitched, the San Francisco Giants’ starting pitchers have allowed just eight earned runs. These statistics provide justification for what baseball fans have been saying throughout October: pitching is paramount in the 2010 playoffs.

This pitching excellence hasn’t been an anomaly unique to the national league. Even the Yankees and the Rangers, two teams that have built a reputation on power hitting, have been dependent on pitching in several crucial games this month.

In the decisive fifth game of the American League Divisional Series, the Rangers eliminated the Rays largely because of another complete pitching masterpiece by Cliff Lee. Meanwhile, starting pitchers CC Sabathia, Andy Pettitte, and Phil Hughes all recorded wins in the Yankees sweep of the Twins earlier this month. In both leagues, pitching has definitely been the key to success.

As we near the end of the playoffs, baseball fans can expect to see more of the same. The teams with the best pitching have made it this far; there is no reason to think that the two best teams won’t continue the trend. Baseball purists have rejoiced this October as these pitching battles have made for exceptional games. If this is truly the Year of the Pitcher, the 2010 World Series could be one for the ages.